UEFA is adamant that Ukraine’s match-fixing scandal will not overshadow Saturday’s Champions League Final in Kiev between Liverpool and Real Madrid.

On Tuesday, Ukrainian police announced the results of their first major investigation into match-fixing since specific laws against football corruption were introduced in the country in 2015.

Having tracked five criminal gangs for more than a year, police conducted 40 raids across the country, arresting more than 300 people, including administrators, club owners, coaches, players and referees.

Vitalii Danylchenko, the secretary of the Football Federation of Ukraine’s (FFU) ethics and fair play committee, told Press Association Sport that the police believe 35 clubs have fixed games, with five of these being Ukrainian Premier League sides.

The majority of these clubs, however, come from Ukraine’s lower leagues and U21 and U19 championships, and Ukraine’s two best-known sides, Dynamo Kiev and Shakhtar Donetsk, are not implicated.

But in a press conference on Wednesday, FFU president Andriy Pavelko admitted there were probably 100 fixed games in Ukraine every year, although ’99 per cent’ of those take place in the lower leagues or youth football. 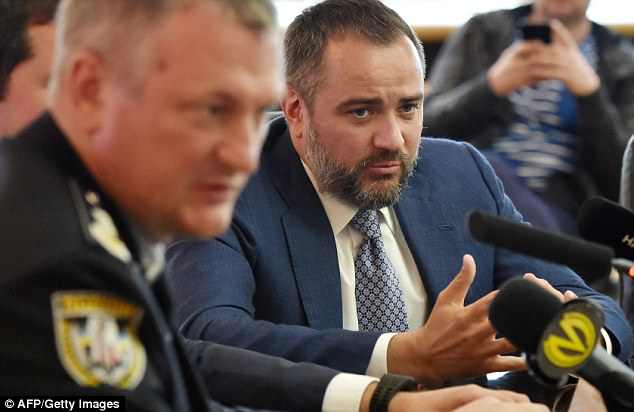 He said this was why Ukraine became the first country to ban betting on age-group football six months ago, although the real issue is gambling in the Far East. Pavelko said fixers bribe players and officials with sums ranging from £1,000 to £3,000 to engineer pre-determined results.

Pavelko told reporters in Kiev that this police action ‘sent out a clear signal that fixed matches would not be tolerated in Ukraine’.

In a statement, a UEFA spokesperson said: ‘We were aware of the investigation and continue to support the FFU in its coordination with Ukrainian public authorities in taking this important action in the fight against match-fixing.’ 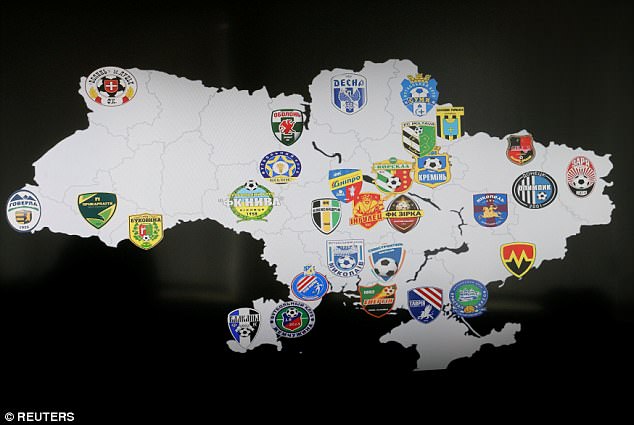 Logos of Ukrainian football clubs, suspected by National Police to be involved in match-fixing