Dana White admits he has given up all hope of Khabib Nurmagomedov returning to the UFC with the Russian committed to staying in retirement.

Khabib has not fought in the octagon since defeating Justin Gaethje at UFC 254 last October and he then immediately retired, with a perfect 29-0 MMA record, with the then-recent loss of his father Abdulmanap due to coronavirus also playing a part in his decision.

Yet the UFC president persevered with offers to the 32-year-old but seemingly to no avail, as Khabib himself focuses on his coaching career including being the cornerman for his cousin Umar and fellow countryman Islam Makhachev. 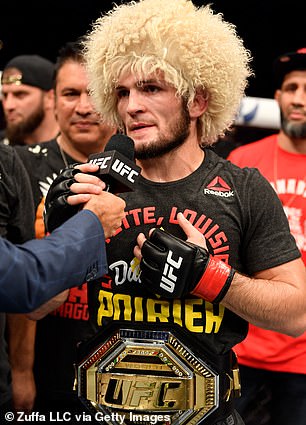 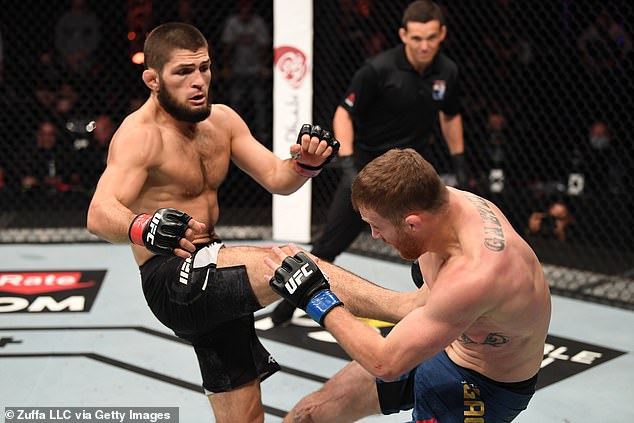 ‘I’ve abandoned all hope, so you should too,’ White told TMZ Sports.

‘He’s done. Believe me, I threw the kitchen sink at this kid. I tried to get him to stick around but I think he’s done.

‘He’s sliding into this coaches role, he went undefeated in his career and retired undefeated, and now he’s undefeated as a coach, too.

‘The guy has had nothing but success, he continues to be successful, and he’s moving on to that next chapter of his life. I think Khabib is done.’ 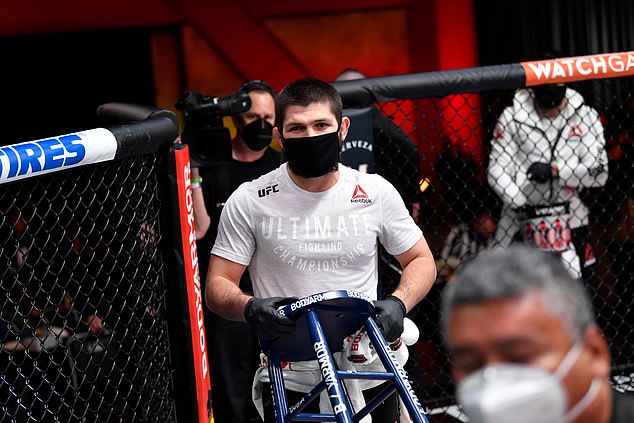 Khabib claimed last week that he ‘does not fight for money’ after being asked by Mike Tyson why he turned down a $100m offer to box Floyd Mayweather in the Middle East.

Yet his manager did admit that the Russian could entertain the idea of a crossover bout, in a similar manner to what nemesis Conor McGregor did in 2017.

Khabib of course beat McGregor in their highly-anticipated showdown in October 2018 – he also defeated Dustin Poirier in 2019 as he continued his domination of the lightweight division before deciding to call it a day.