UFO filmed speeding up to a passenger jet before overtaking it

Eerie footage has emerged showing a saucer-shaped UFO speeding after a passenger plane.

The bizarre clip shows the unidentified aircraft following in the wake of a jet’s vapour trail before zooming past it.

A skywatcher in the US city of Lincoln, New Hampshire, recorded the strange object after spotting it while reading at home.

This unsettling footage shows an unidentified aircraft speeding after a passenger jet in the skies over Lincoln, New Hampshire, in the United States 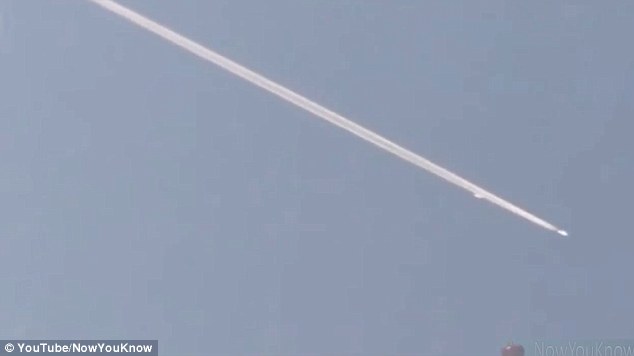 The video shows the mystery object appearing to chase the plane, following in its vapour trail 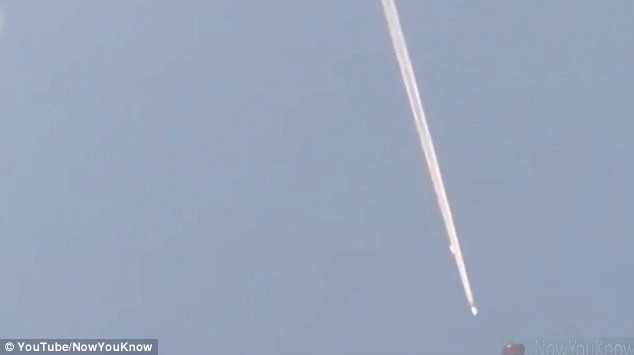 They told the Sun: ‘I am told that military pilots train in the mountains around where I live and I’ve always enjoyed seeing them fly through.

‘I immediately thought I was witnessing some strange aircraft, possibly military but it was not a jet.

‘The UFO was gaining on a jet. No helicopter could do that. I was blown away and luckily got out my phone in time to take a video.’

Excited viewers speculated over what the aircaft could be. 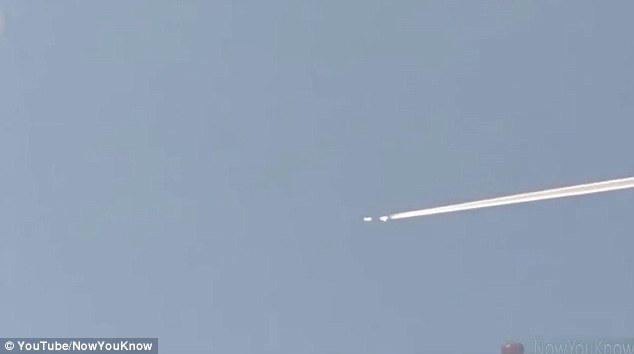 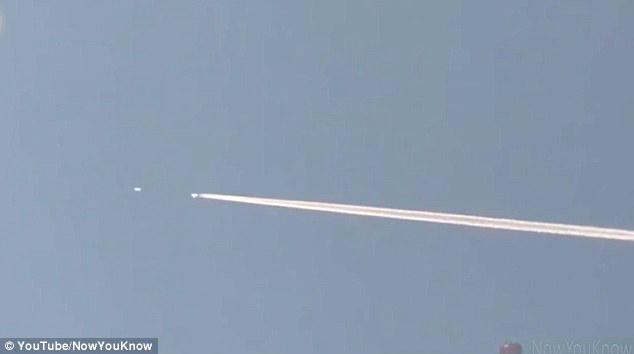 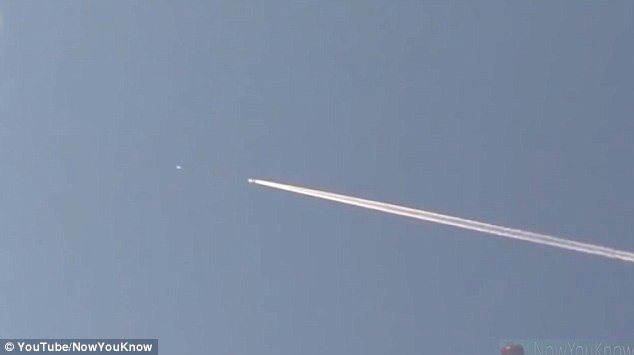 The footage, taken in 2016, has been uploaded to YouTube where it has so far been viewed 27,000 times

Another user wrote: ‘I am actually baffled. This looks legit, as to why – who knows.’

While one viewer is convinced the object was extraterrestrial.

They said: ‘I was very excited and anxious.

‘I felt I had witnessed something very hard to dismiss as a “weather balloon” or some obvious type of aircraft.

‘Shortly after the jet and object left my range of sight I saw three more jets and 1 helicopter going the same direction (in my opinion chasing the UFO).’