Parts of Britain will be hit by 22ft waves, more than three inches of rain and 50mph gales this week as the country is struck by the remnants of a tropical storm.

More than 70 flood alerts have been imposed across the country with the West of England particularly under threat, while the Met Office has rain warnings in place for the South West today and the North East tomorrow.

Some areas have been told to expect up to two inches (50mm) of rain in 24 hours – adding to already waterlogged ground around a fortnight after parts of Yorkshire and the Midlands were flooded. 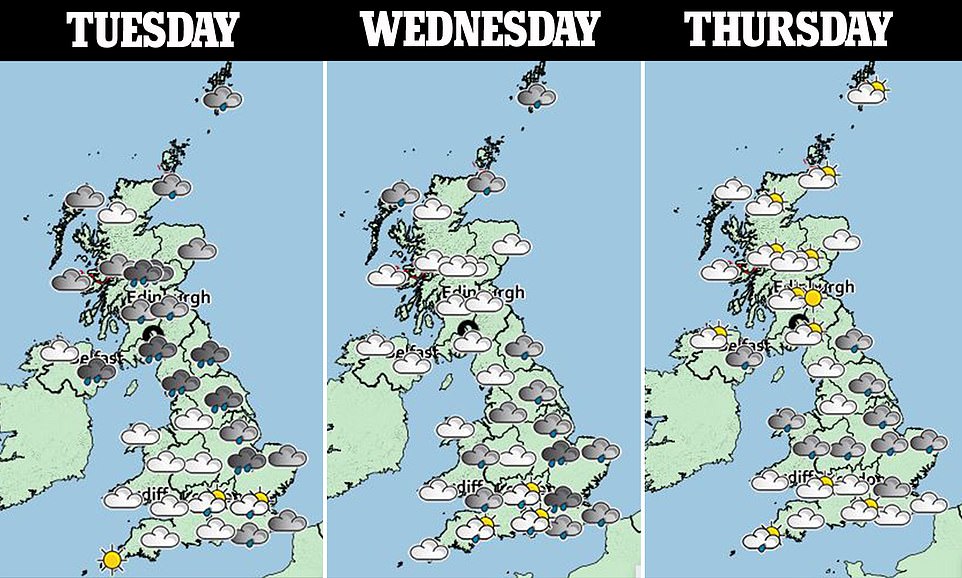 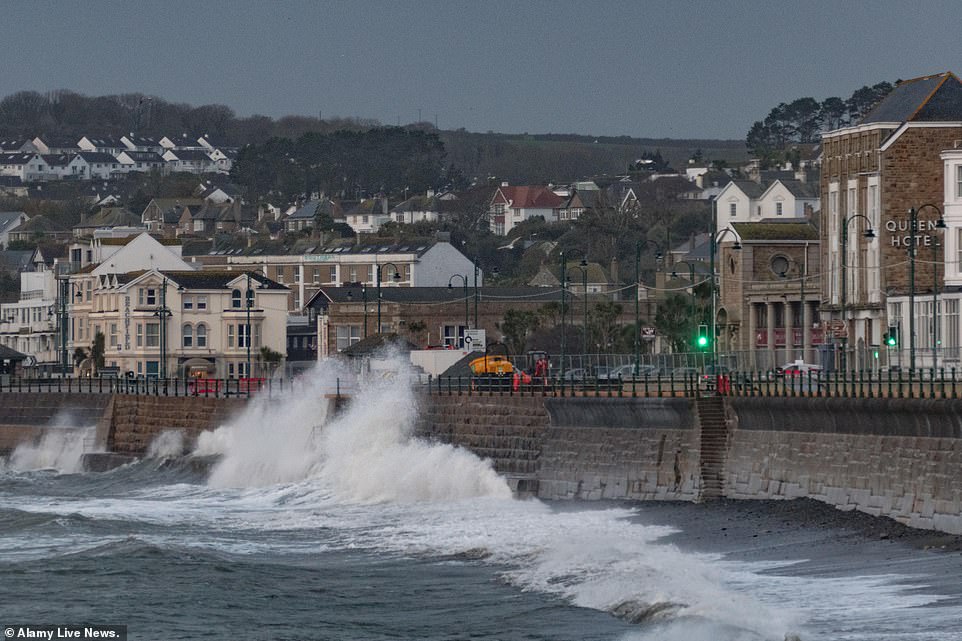 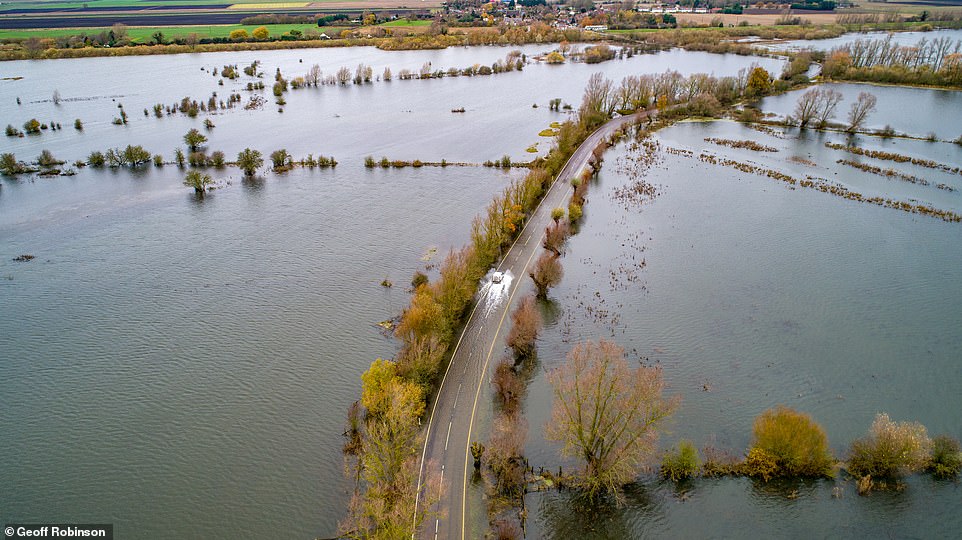 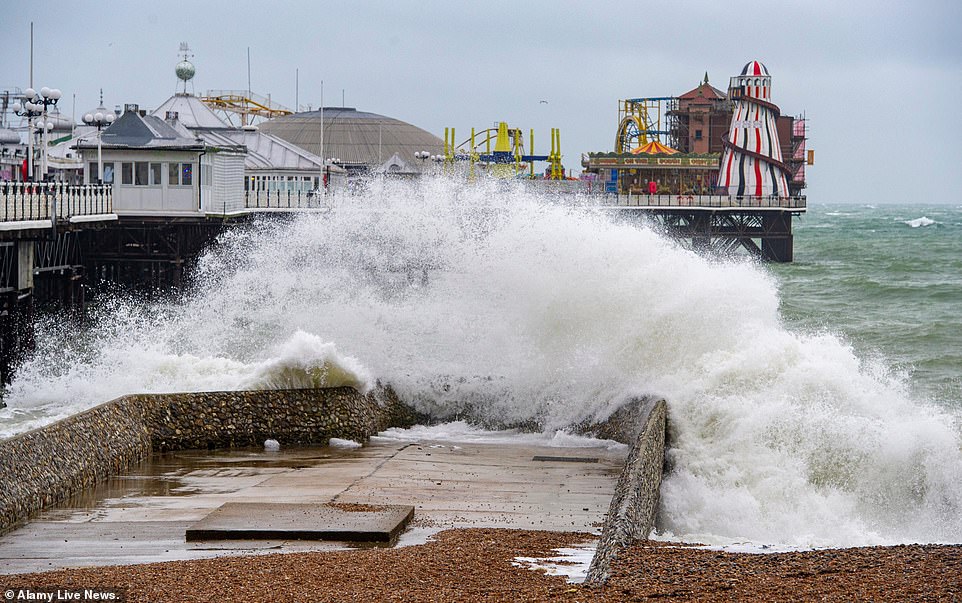 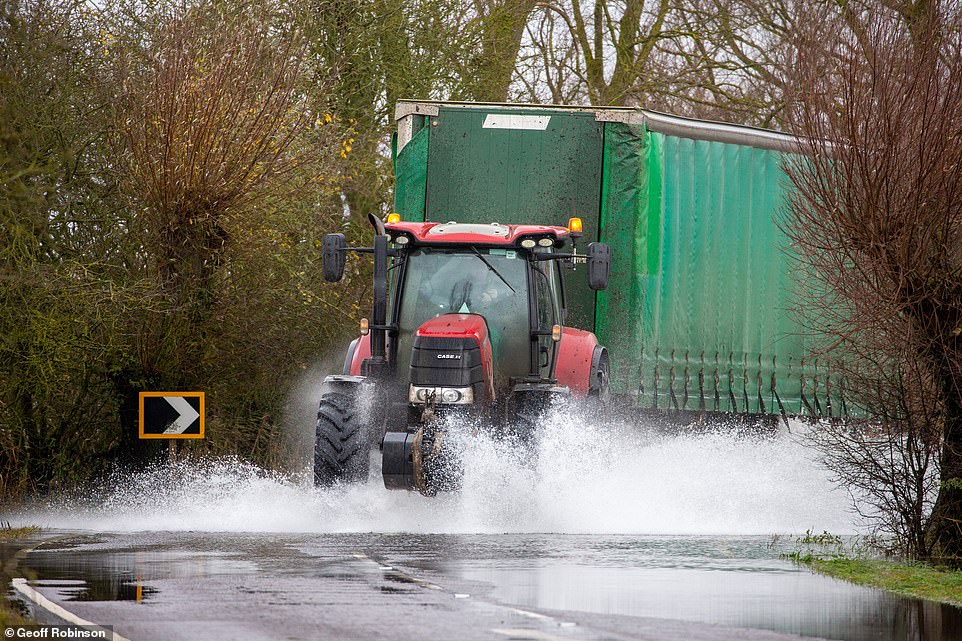 The village of Fishlake in South Yorkshire saw the worst of the flooding with half of its 700 residences evacuated. Some farmland in Lincolnshire was still under water, a fortnight after a river burst its banks following downpours.

The aftermath of tropical storm Sebastian – which began in the Atlantic – is predicted to hit today and tomorrow, with winds gusting at up to 50mph and 22ft waves expected along coasts in the South West.

Steven Keates, of the Met Office, said: ‘Given the ground is saturated by rainfall already it will not help the existing situation. The rainfall in the South West will be from what used to be tropical storm Sebastian.

‘For us, that means another spell of wet and windy weather. It will push slowly in a north-easterly direction through the day with heavy showers following.’ 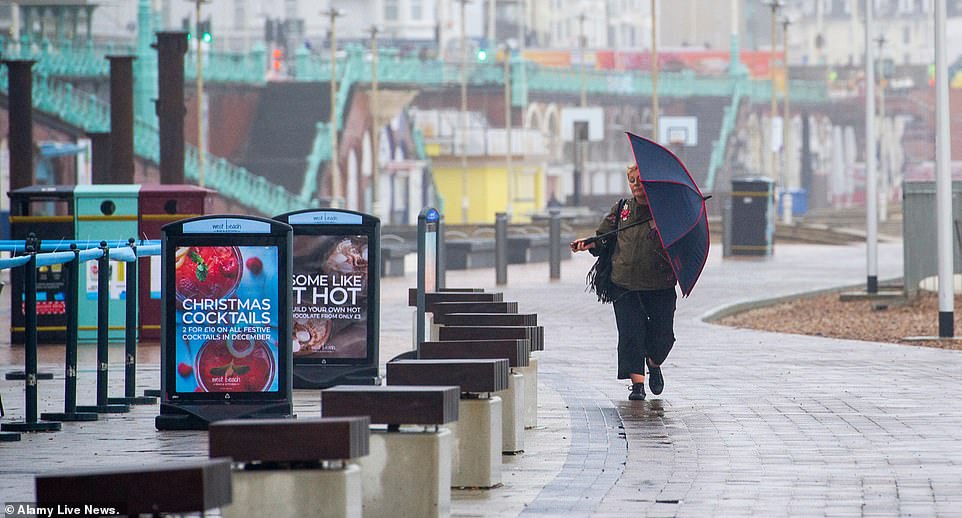 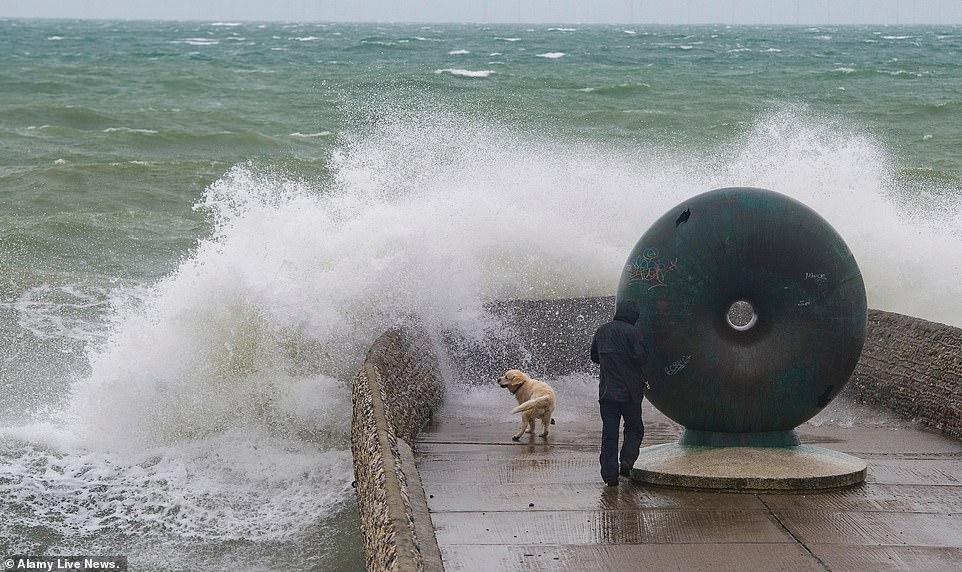 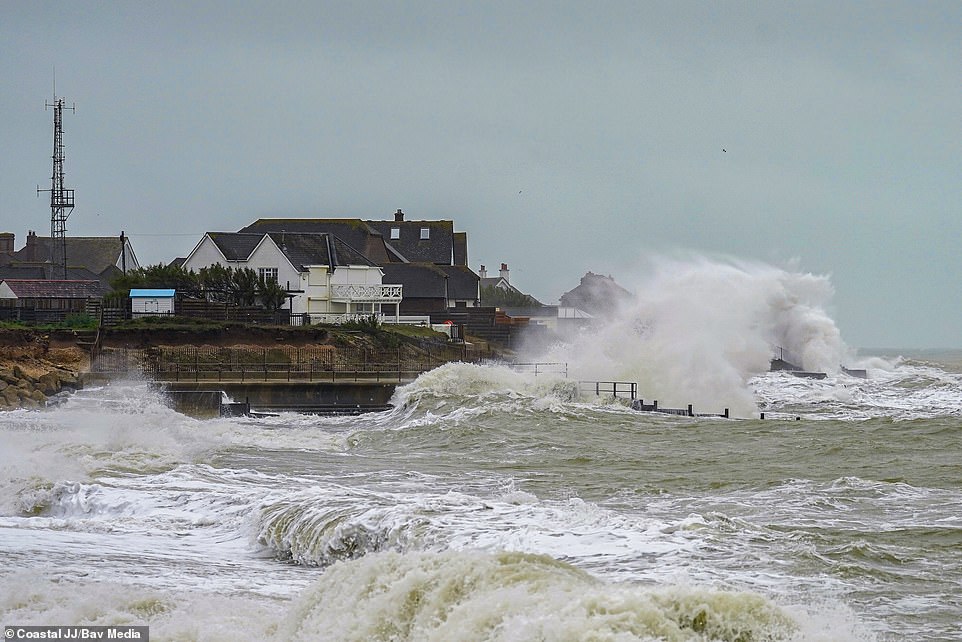 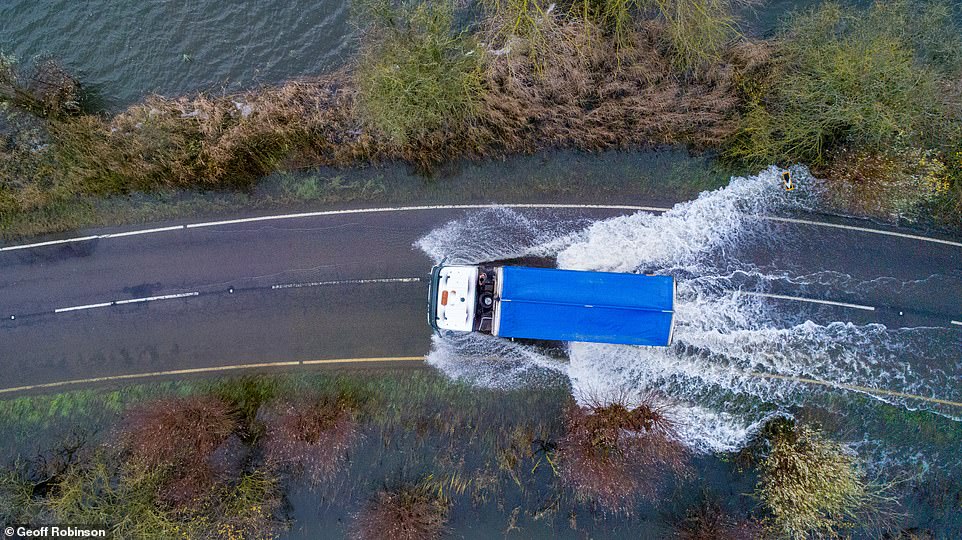 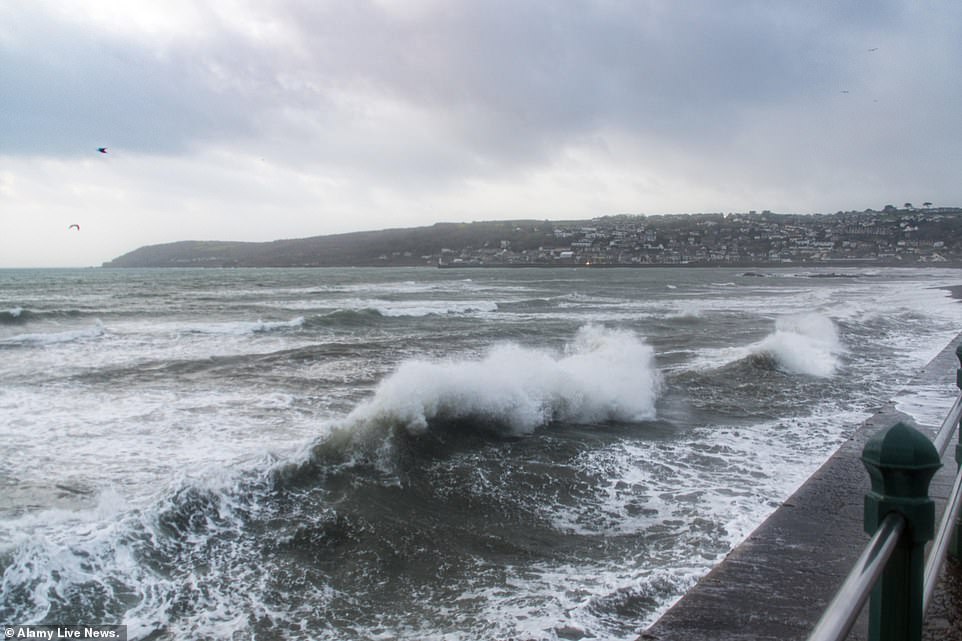 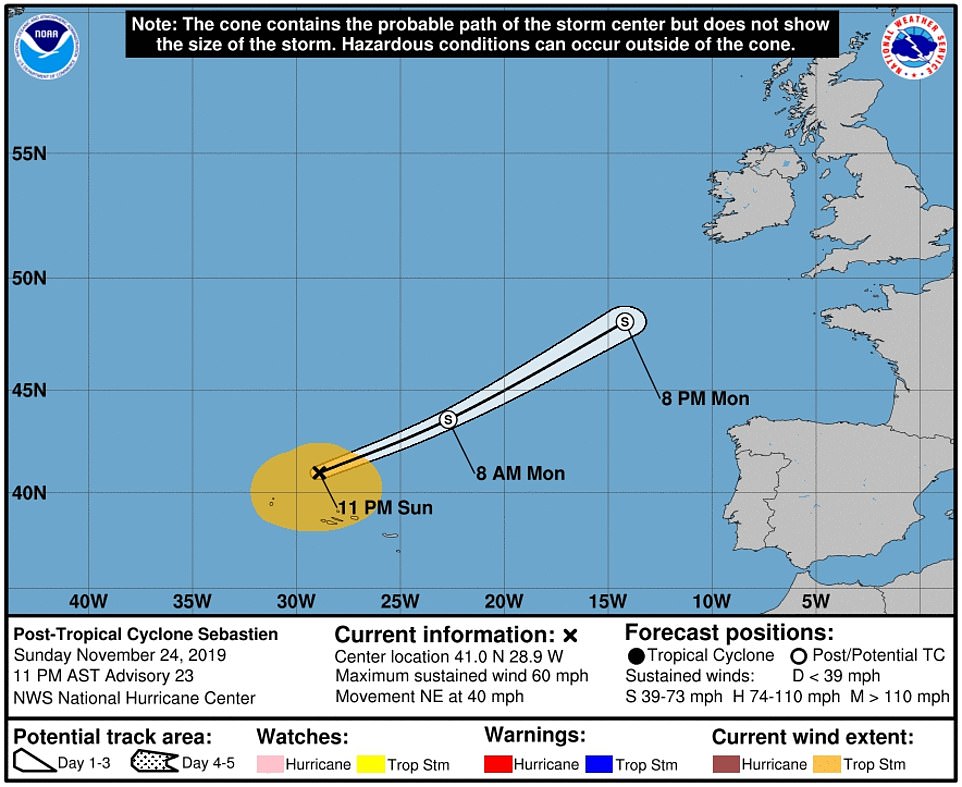 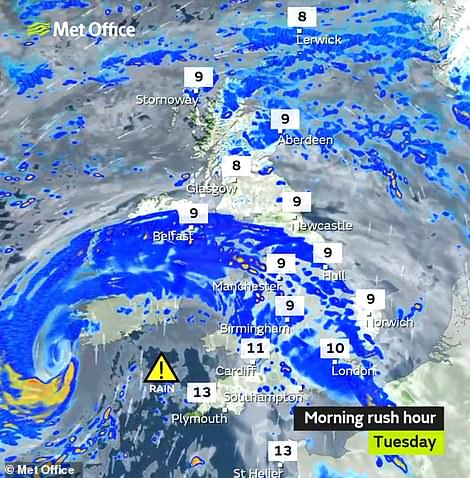 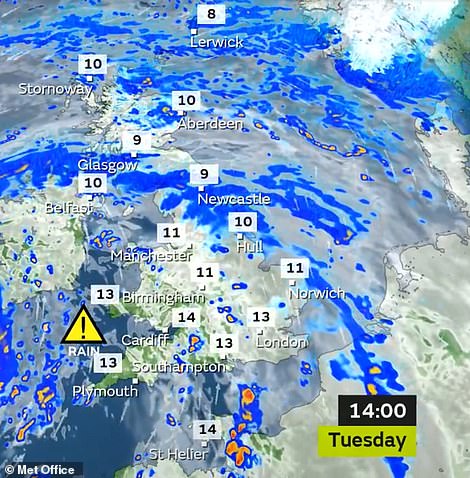 The weather forecast this morning (left) and this afternoon (right) for Britain, with heavy rain expected in many areas 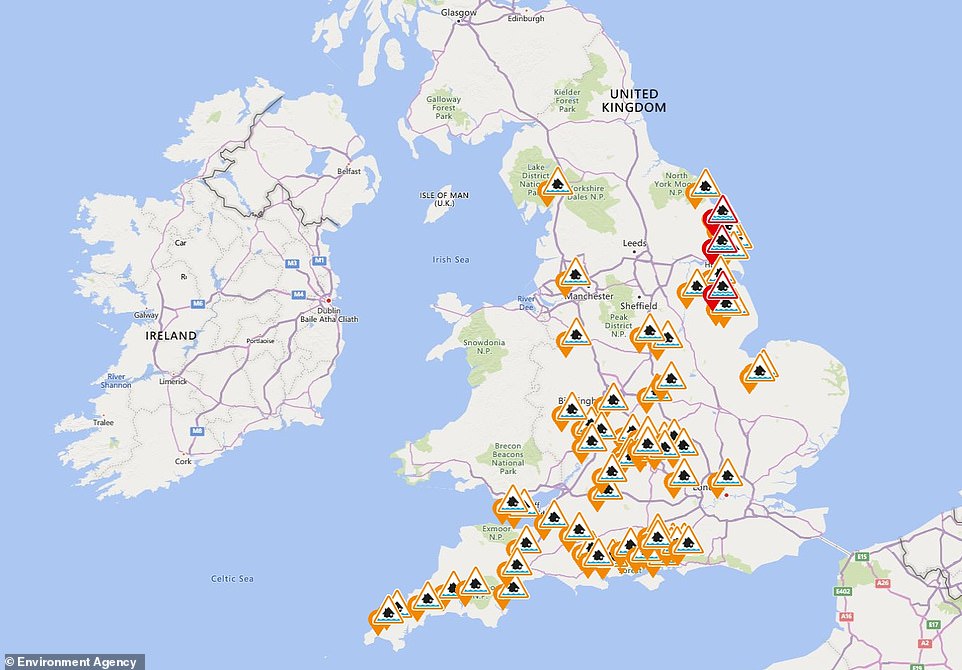 The wet weather is predicted to continue for the rest of the week, with Friday the driest day. Despite the rainfall, temperatures should hold above 10C (50F) across England and parts of the South West could see 14C (58F). 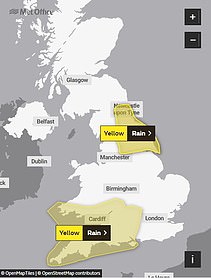 In Lincolnshire, Joe and Henry Ward’s farmhouse and outbuildings were left surrounded by 15ft of water after the Barlings Eau, a river near Lincoln, burst its banks in mid-November.

A fortnight later the farmers are still having to use a boat to get to their buildings. They have been in continuous talks with the Environment Agency, who have arranged for drainage contractors to visit for a meeting with them.

Joe Ward said: ‘We would like them to evacuate the water by pumping it off, as well as letting it flow freely back into the river if we can, then we’d like them to fix the breach in the bank so we are protected.’

He said the floodwater had subsided by about 25 to 30 per cent and dropped from about 12ft to 15ft at the deepest points to 8ft.

He added: ‘As a country we have got to get to grips with the severe weather events which will become more common. The whole country needs funding to keep the water in the rivers so people aren’t affected.’