Millions of motorists took to the roads today as the bank holiday getaway began ahead of a heatwave weekend.

Nearly five million getaway trips are being taken across Britain today on top of the normal Friday journeys, with traffic expected to peak between 4pm and 7pm, and at least 17million trips are expected over the weekend.

Temperatures could hit 86F (30C) over the next three days, but plans to enjoy outdoor barbecues could be hit by potential thunderstorms, heavy rain and even flooding in parts of southern England. 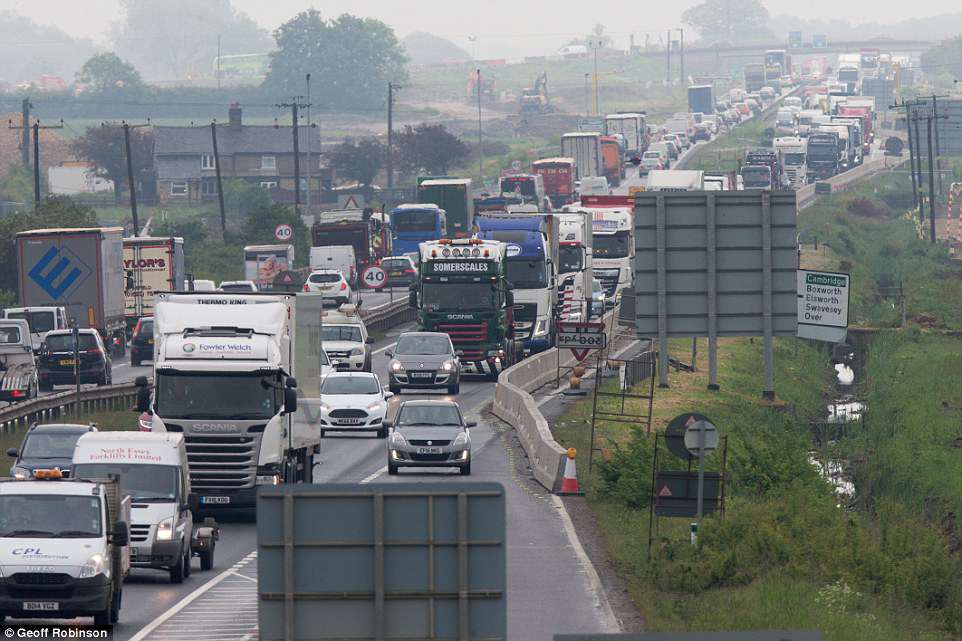 Drivers make their way along the busy A14 near Cambridge this morning with 4.5million leisure journeys expected today

The Met Office has issued rain warnings in East Anglia from 4pm until 9pm today, and then for most of southern England across tomorrow and Sunday amid concerns that the conditions will put a dampener on the weekend.

But anyone in Northern Ireland, which will see ‘the best of the sunshine’ with Scotland, could enjoy record bank holiday temperatures. The current record for Northern Ireland is 77.4F (25.2C), set in Strabane in 1978.

The rain warning for today said there is a chance homes and businesses could be ‘flooded quickly’ and train or bus services could face delays, while spray and flooding could lead to difficult driving conditions and road closures.

Forecasters also warned that flooding or lightning strikes could also bring power cuts and loss of other services, with thunderstorms this afternoon bringing up to 1.2in (30mm) of rain in an hour before dying out this evening. 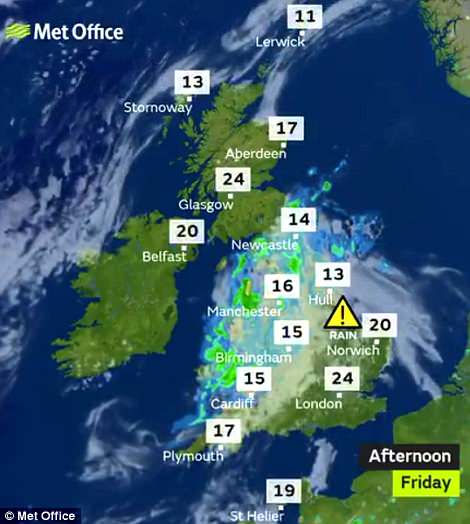 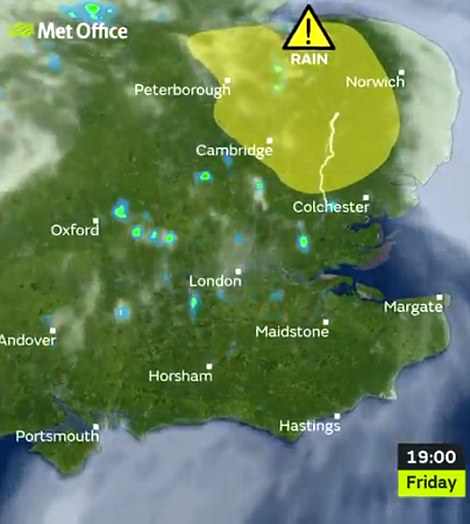 Rain is falling over the North of England and Wales this afternoon (left), while East Anglia could be hit by thunder later (right) 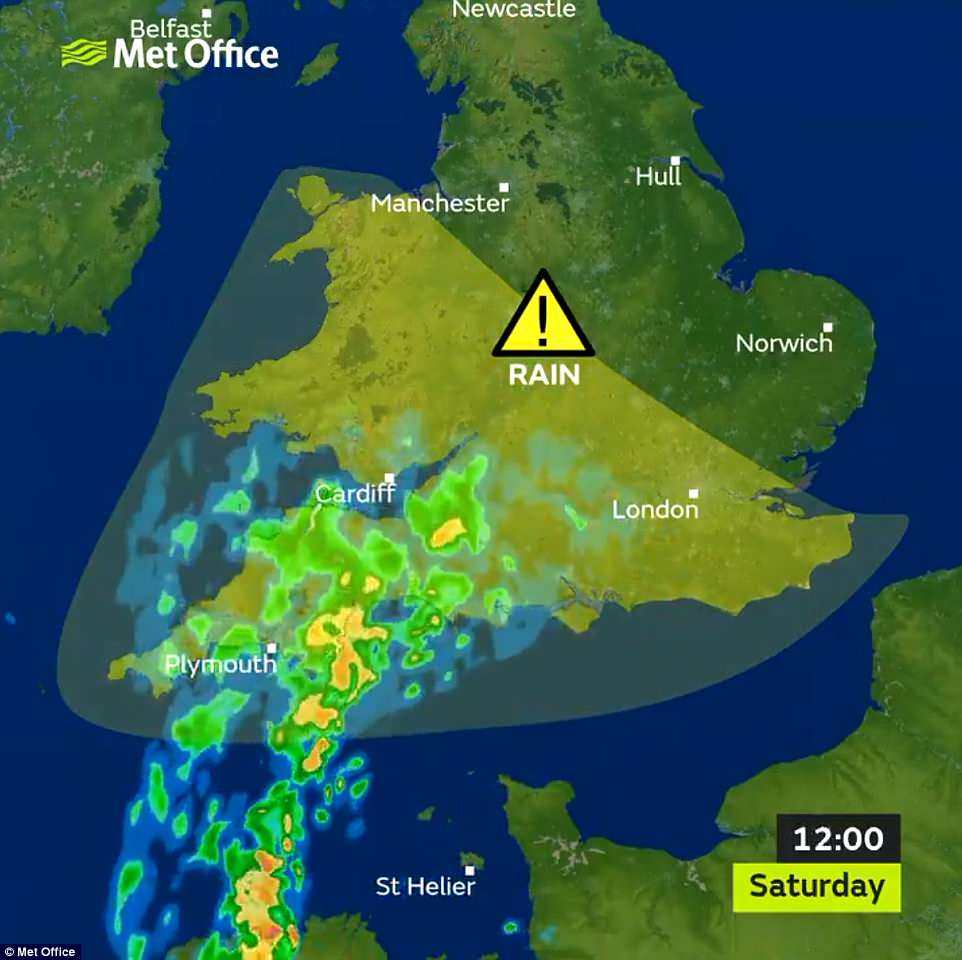 A Met Office spokesman added: Very warm and humid conditions will lead to thunderstorms developing across parts of Southern England, the South and West Midlands and Wales on both Saturday and Sunday.

‘Thunderstorms will produce torrential rain and hail in places with up to 30mm (1.2in) falling in an hour, while some places may miss the worst of the heavy rain.’