The uncle and cousin of career criminal who died after struggling with a pensioner have been jailed for swindling a homeowner out of thousands in cash.

David Vincent Snr, 50, and his 26-year-old son, also called David, are relatives of Henry Vincent, the burglar who died following a break in in Hither Green earlier this month.

The pair targeted 60-year-old Robert Etheridge and convinced him he needed urgent building work on his house in Dartford, Kent.

They, together with another man, conned their victim, who was off work sick at the time, out of £6,000 after falsely telling him his fascia boards were rotten and his loft was infested with rodents, bird nests and maggots.

They also showed him three dead rats as part of their trickery, and tried to extort as much as £13,000 from him . 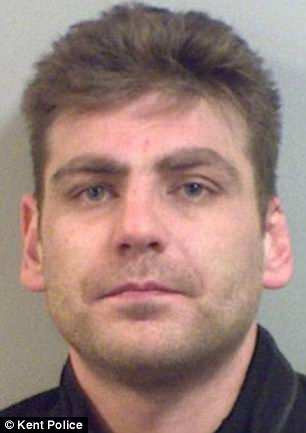 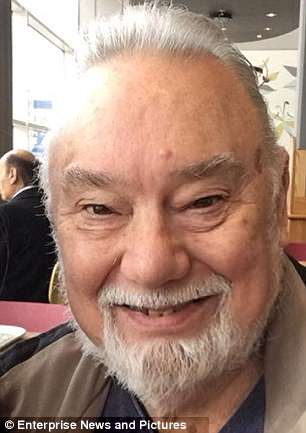 The two conmen are relatives of Henry Vincent, who died after breaking into 78-year-old Richard Osborn-Brooks’s home in Hither Green earlier this month

A court heard they even had the gall to warn Mr Etheridge not to tell anyone ‘or the newspapers would find out’.

But their deceit was discovered when a concerned Mr Etheridge contacted his insurance company and they alerted police.

A genuine builder who later inspected their ‘work’ concluded it was ‘valueless, non-urgent and bodged’, Maidstone Crown Court in Kent heard.

There were also no infestations.

The father and son, from St Mary Cray, near Orpington in Kent, together with 36-year-old John Baker, from Eltham, south-east London, admitted fraud.

Vincent Snr, who has a previous conviction for a similar cowboy builder scam, was jailed for 21 months.

Father-of-three Vincent Jnr was sentenced to 18 months behind bars. Baker, a father of two, was also jailed for 18 months. 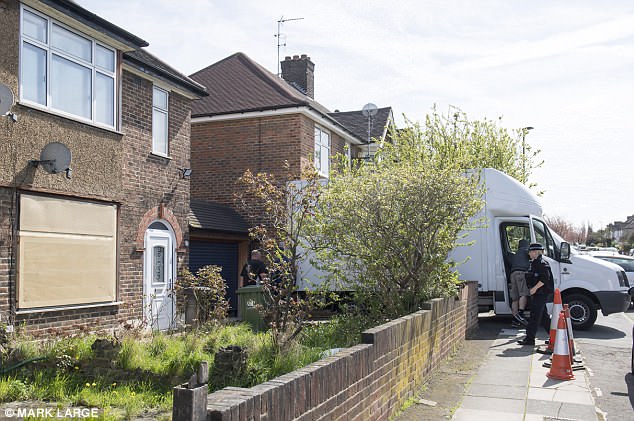 They appeared in court three weeks after 37-year-old Henry Vincent died after breaking into the home of pensioner Richard Osborn-Brooks, 78, and his wife, Maureen, 76, in Hither Green, south east London, on April 4.

Mr Osborn-Brooks was arrested on suspicion of murder but later released without charge.

Vincent’s funeral is due to be held next week. However, no mention of their relative’s death was made during the sentencing hearing.