How do you strike when you don’t have a job? Unemployed Workers Union tells Aussies on the dole and other Centrelink payments to take industrial action in a VERY bizarre protest

Thousands of Australians who rely on Centrelink payments after losing their jobs during the coronavirus pandemic have been encouraged to ‘go on strike’.

The Australian Unemployed Workers’ Union has called on JobSeeker recipients to refuse to attend interviews or appointments with job agencies after the federal government reinstated its mutual obligation rules.

Those looking for work must apply for a minimum of four jobs a month to qualify for JobSeeker after the new rules came into effect on Tuesday.

JobSeekers initially won’t be penalised for failing to meet conditions.

JobSeekers recipients will have to start actively start looking for work after the federal government reintroduced its mutual obligation rules, which came into effect on Tuesday. Pictured are Centrelink queues in Melbourne after the pandemic hit earlier this year

‘We’re calling a strike and directing people on JobSeeker and related payments to firmly refuse to engage with job agencies while no penalties are in place,’ an AUWU statement read.

‘We will hit lying job agencies hard and do everything in our power to deprive these publicly funded billionaire poverty profiteers of revenue.

‘We won’t accept (un)employment providers lying to JobSeekers. We won’t accept those in power playing with the lives and wellbeing of 1.6 million people – and doing so in the middle of a global pandemic and economic crisis. It’s unsafe.’

Employment minister Michaelia Cash described the strike as ‘bizarre in both practical and theoretical terms’.

‘The AUWU is calling for job seekers who are offered jobs to remain on income support, face financial penalties and deny themselves the opportunity of employment and income,’ Senator Cash said, according to news.com.au.

‘In a time of recession you would think that AUWU would be helping Australians find work, rather than finding ways to avoid it.’ 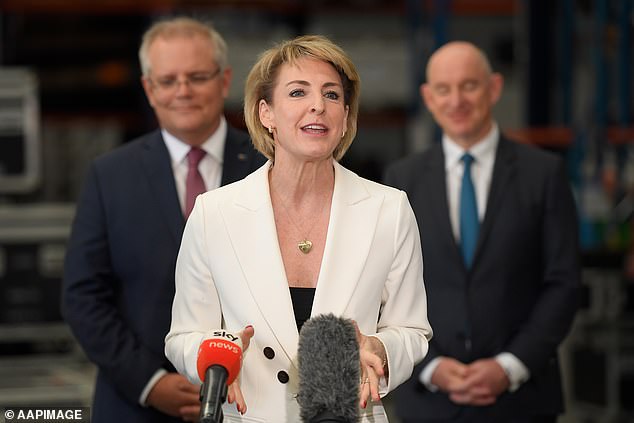 The ‘mutual obligation’ rules were suspended in March when the coronavirus lockdowns forced thousands of businesses to close to doors.

The number of Australians on JobSeeker or Youth Allowance payments has doubled in recent months from 800,000 in march to 1.6 million on June 30, according to the AUWU.

The ‘mutual obligation’ rules have been reinstated in all states and and territories except Victoria, where thousands more will lose their jobs in the coming days due to stage four lockdown restrictions.

The AUWU, which has more than 15,000 members, echoed calls from Greens senator Rachel Siewert for the federal government to press pause on mutual obligations until December 31.

‘Unwaged, underemployed and insecure workers must not be forced to engage with job agencies – they fail to find us work at the best of times, let alone when the treasurer is forecasting unemployment rising to 9.25 per cent by Christmas,’ the statement added.

But she expects JobSeekers to accept suitable offers of paid work and warned anyone refuses a decent job without a valid excuse will have their payment cancelled and may need to wait four weeks before reapplying for income support.

‘Our focus remains on getting people back into jobs and rebuilding our economy as quickly as possible,’ Senator Cash said. 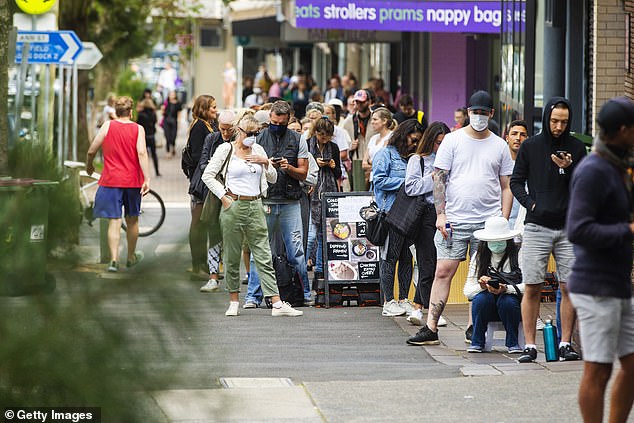 Australians looking for work must apply for a minimum four jobs a month to qualify for JobSeeker. Pictured are queues outside a Sydney Centrelink when the pandemic hit in March

As the Morrison government extends the JobSeeker coronavirus supplement to the end of the year, it is also reinstating mutual obligations.

People looking for work are expected to:

* If you’re offered a job and reject it without a valid reason payments might be cancelled, and it would be a four-week wait before you’re allowed to apply for welfare again

* JobSeekers struggling to meet mutual obligations are encouraged to speak with their job service providers.