Valerie Harper has died at 80 following a battle with cancer.

The star – who is best known for her role as Rhoda Morgenstern on The Mary Tyler Moore Show – was diagnosed with lung cancer in 2009 and then brain cancer in 2013 and given three months to live.

She survived by her husband, Tom Cacciotti, whom she married in 1987, and their daughter, Cristina.

Valerie Harper, pictured here in 2015, has died at 80 following a battle with cancer

Last month it was revealed that a GoFundMe was created for the four-time Emmy-award winner to pay for medical costs not covered by insurance. It raised more than $66,000.

Cristina reflected on what she wants her mother’s legacy to be in an exclusive interview with DailyMailTV in July.

‘I think she wants people to continue loving one another and continue bringing joy into the world in any way that they know how,’ Cristina said. 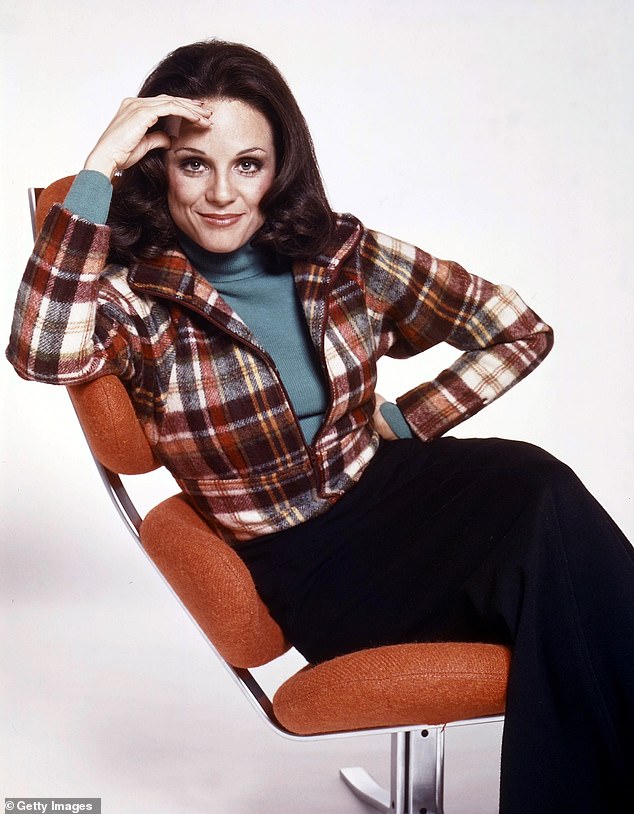 ‘And I think she does hope that at the end of the day her legacy of love will live on.’

Valerie rose to fame as Rhoda on The Mary Tyler Moore Show during the 1970s. She was also the lead of the spin-off Rhoda, which ran from 1974 to 1978.

She won three Primetime Emmy Awards for Outstanding Supporting Actress in a Comedy Series and another for Lead Actress for her work on Rhoda. During the 80s, Harper appeared on the sitcom the Hogan Family.

Her talents also extend to the stage. In 2010 she was nominated for a Tony Award for her work in the play Looped.

And even after her diagnosis, the star has continued working. She appeared on several episodes of The Simpsons, as recently as last year, as well as the short film My Mom And The Girl.

The star was also active in philanthropy. With Dennis Weaver she co-founded L.I.F.E. in 1983, a charity that fed thousands of needy in Los Angeles.