Venezuela 1-0 Jamaica: Josef Martinez scores the only goal to help his team edge past 10-man opposition

Venezuela 1-0 Jamaica: Josef Martinez scores the only goal to help his team edge past 10-man opposition

Josef Martinez scored the only goal as Venezuela started their Copa America Centenario campaign with a 1-0 win over 10-man Jamaica in Chicago.

Martinez slotted a left-footed shot under goalkeeper Andre Blake in the 15th minute to give his team the perfect start in their Group C opener.

In the end, the early goal was all that separated the two teams as a red card for Jamaica’s Rodolph Austin proved to be the vital moment. It meant that Leicester City’s Premier League title winning defender and Jamaica international Wes Morgan ended up on the losing side. 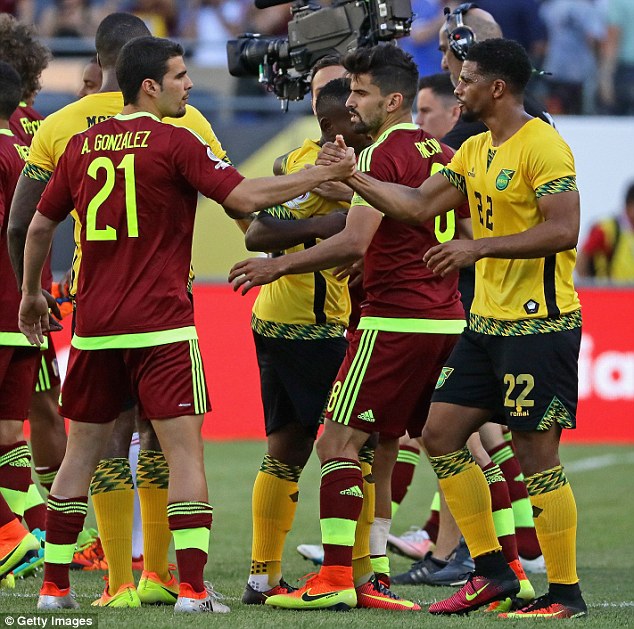 When the goal arrived, Martinez’s effort came after Jamaica coughed up possession as they attempted to clear.

Venezuela defender Rolf Feltscher intercepted and started a quick passing move that freed Martinez near the left corner of the six-yard box. 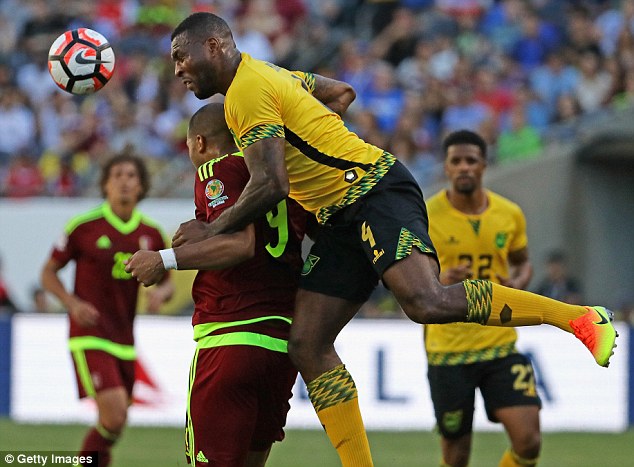 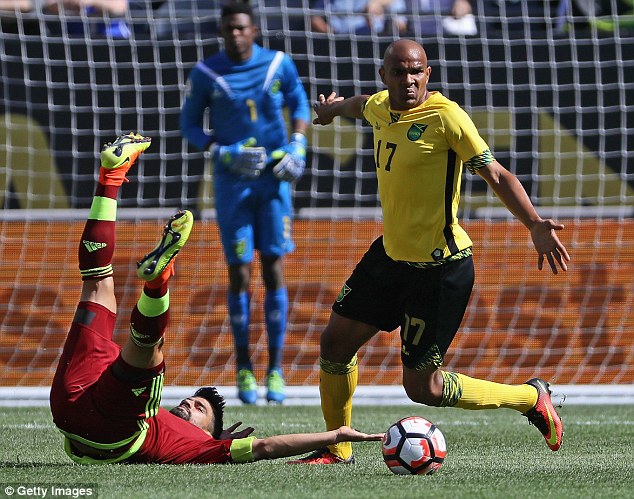 Jamaica midfielder Austin was sent off in the 23rd minute, receiving a straight red card for a studs-up tackle on Venezuela’s Tomas Rincon.

Michael Hector nearly tied it for Jamaica with a right-footed shot that hit the post in the 49th minute, and Blake had a diving save in the 70th minute to keep the deficit at just the one goal.