The Victorian Government signed up to a controversial Chinese Infrastructure deal behind the back of the federal government, it has been revealed.

Premier Daniel Andrews agreed to the Belt and Road Initiative agreement in Beijing on October 23, 2019.

The deal gives Victorian firms the ‘inside running’ on global development projects led by China.

‘Victoria advised the department of the framework agreement on the day it was signed and announced,’ a Department of Foreign Affairs and Trade spokesperson told the Sydney Morning Herald.

Federal Liberal MP Andrew Hastie told Daily Mail Australia that Daniel Andrews had ‘gone off the reservation by conducting his own foreign policy with China.’

The trillion-dollar Belt and Road scheme is the signature policy of President Xi Jinping and the Chinese Communist Party.

The initiative aims to build a trade and infrastructure network connecting Asia with the rest of the world primarily along ancient Silk Road trade routes.

However Western governments and international observers have labelled the ambitious initiative first introduced in 2013, as ‘debt-trap diplomacy’ where a country lends money to another in expectation of support for its strategic objectives.

About 70 nations and 30 international organisations have agreed to be part of the scheme, which involves China handing huge loans to countries already laden with debt. 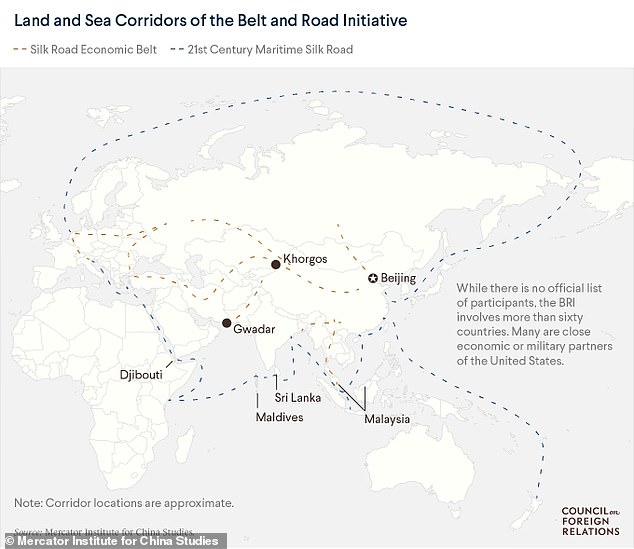 The Belt and Road Initiative aims to connect Asia with the rest of the world primarily along ancient Silk Road trade routes. South Pacific nations on Australia’s door step are also a central focus of the scheme

Nations on Australia’s doorstep in the South Pacific region have been a central focus of China.

‘Our research shows that the small and fragile economies of the Pacific are among the most vulnerable to potential debt problems, while several Pacific countries already appear to be among those most heavily indebted to China anywhere in the world,’ analysts from the Lowy Institute’s Pacific Islands Program wrote.

‘Our analysis suggests that China’s lending practices in the Pacific have not been so problematic as to justify accusations of debt trap diplomacy – at least not yet.

But Mr Pryke said ‘the sheer scale of lending, combined with inadequate controls’ will make it difficult to avoid ‘potentially unsustainable loans’.

Australia’s northern neighbor – the Solomon Islands – joined the Belt and Road Initiative after switching its diplomatic allegiance from Taiwan in October last year.

A report by the ABC in February 2020 revealed the nation was also in discussions with a Chinese businessman for a $151 billion dollar loan – and amount 77 times the country’s annual GDP. 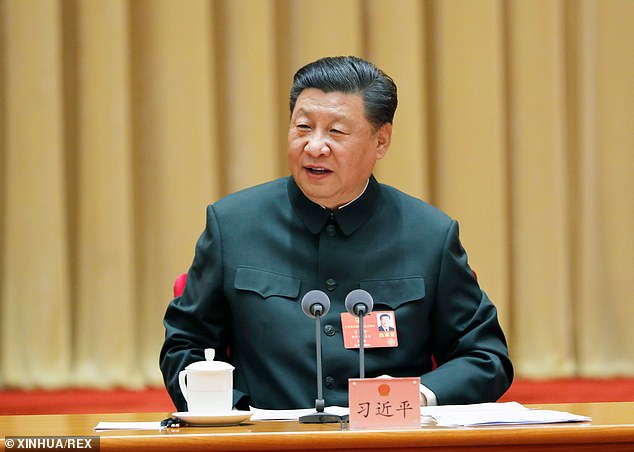 ‘Daniel Andrews seems determined to ignore federal leadership in this area, which is mandated by the constitution, he said.

‘In not seeking federal advice he is choosing to be fully ignorant of Australian national security concerns.

‘Ultimately BRI is a political strategy designed to further the aims and interests of the Chinese Communist Party.

‘One CCP aim is to increase the dependency of developing states on China.’

Premier Andrews signed a ‘framework agreement’ in October 2019 following a 2018 Memorandum of Understanding between Victoria and China on the Belt and Road initiative.

At the time, the move attracted criticism from the federal government.

But Premier Andrews said the agreement was about securing jobs and boosting investment in the state.

‘We have the design and delivery skills China is looking for, meaning more jobs and more trade and investment for Victorians,’ he said.

‘In four years we have more than tripled Victoria’s share of Chinese investment in Australia and nearly doubled our exports to China.’ 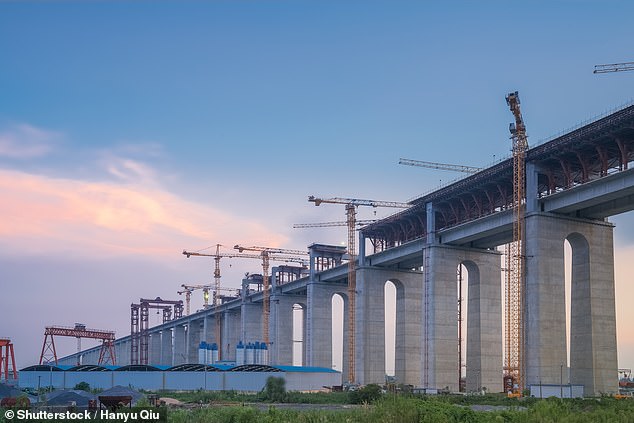 Premier Daniel Andrews inked the Belt and Road Initiative agreement in Beijing on October 23, 2019, to give Victorian firms the ‘inside running’ on global development projects led by China

Australia’s bilateral relationship with China has recently hit a low point following Prime Minister Scott Morrison’s push to launch an independent international inquiry into the origins of the coronavirus and the failings of the Chinese government.

In response, Beijing hit Australia’s barley exports to China with an 80 percent tariff.

The move is predicted to cost Australian farmers around $500million.

China added to tensions with Australia on Monday by announcing anti-dumping and anti-subsidy duties totalling 80.5% on Australian barley imports from May 19, which is expected to all but halt a billion-dollar trade between them.

The tariffs on barley, which will remain in place for five years, are the latest agricultural commodity to be affected by a deteriorating relationship between Canberra and Beijing.

Australia is the biggest barley supplier to China, exporting about $1.5billion to $2billion worth a year, which is more than half its exports.

‘We reject the basis of this decision and will be assessing the details of the findings while we consider the next steps,’ Birmingham said in an emailed statement.

‘We reserve the right to appeal this matter further.’

Australia’s relationship with Beijing soured in 2018 when it banned Huawei from its nascent 5G broadband network, while tensions were escalated by concerns within Canberra over China’s attempts to secure greater influence in the Pacific.

China has been angered in recent weeks by Australia’s call for an independent inquiry into the origins of coronavirus.

Days later, Beijing suspended imports from four of Australia’s largest meat processors, worth about 20% of Canberra’s beef exports to China.