Video showing Florida officer grabbing a woman by her hair and

An investigation has been launched into whether an officer used excessive force when he grabbed a woman by her hair and then threw her on the ground outside a Florida restaurant.

West Palm Beach officers were called to Banko Cantina restaurant on Sunday following reports of a large fight in the stairwell.

According to WPTV, the incident started after a bouncer at the Mexican eatery told a woman, identified as 31-year-old Amandy Fountain, to leave and wait outside.

When police arrived, the situation escalated. 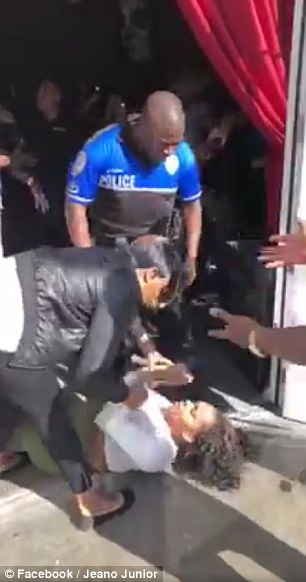 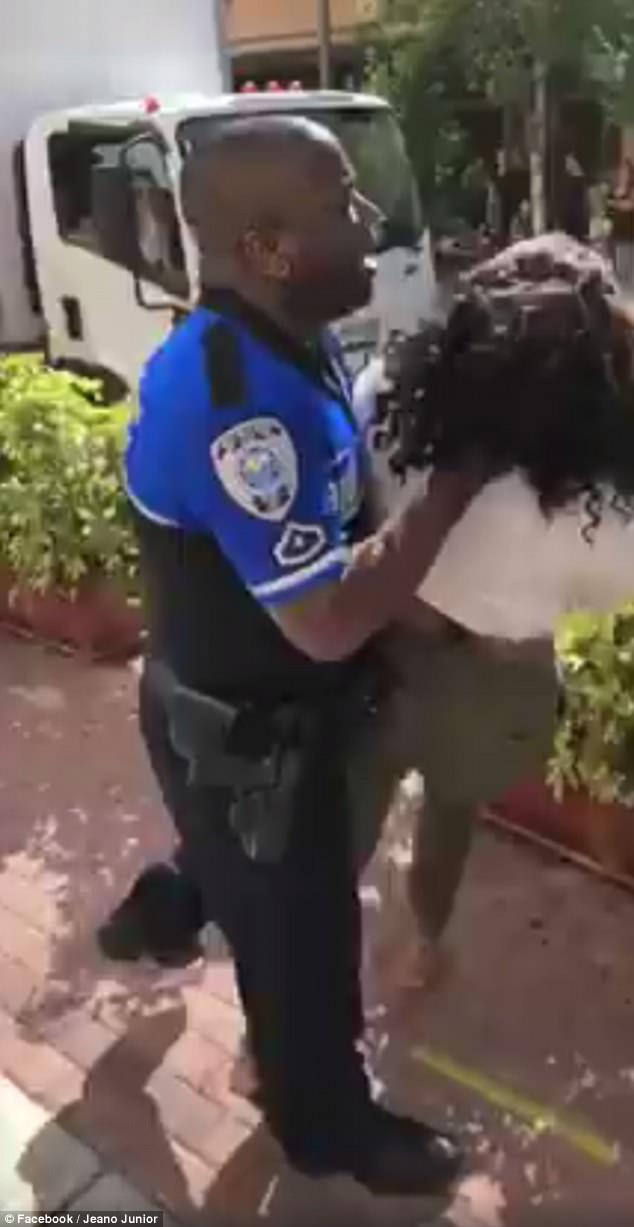 In a Facebook video, posted by a man named Jeano Junior, several people are seen leaving the restaurant when a woman appears to push an officer’s face. The cop, identified as Kevin Harrell, grabs the woman by the hair and slams her on the ground.

Friends rush forward to help the woman up as Harrell grabs the woman by the back of her hair and walks her toward his police car. The woman was identified as 25-year-old Shannon Chatman, WPTV reports.

A third cop is seen in the video holding a man in a headlock. When the man falls on the ground, the cop drags the guy out of the street as the crowd yells for him to stop.

Sgt. David Lefont said in a press release Monday that the video is being investigated.

‘All use of force incidents are fully reviewed, which is why we are gathering information,’ he said. ‘We know the public wants to know more about what happened, so we are moving quickly to gather all of the facts. We will provide that information as soon as we obtain it.’

According to WPTV, Harrell said in a police report that Chatman had pushed him in the face and he grabbed her hair and threw her to the ground, but she got back up.

Harrell said he grabbed her hair again but had trouble arresting her because her boyfriend kept getting in between him and Chatman. He said she was eventually taken into custody.

Limauro said in the police report that Fountain had yelled an expletive at him and then punched him. Limauro said he struck Fountain in the jaw and shoved her because she was still trying to attack him. 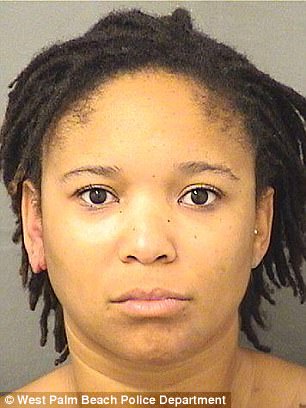 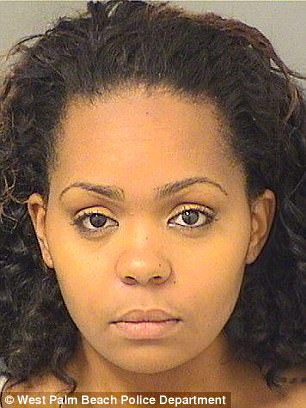 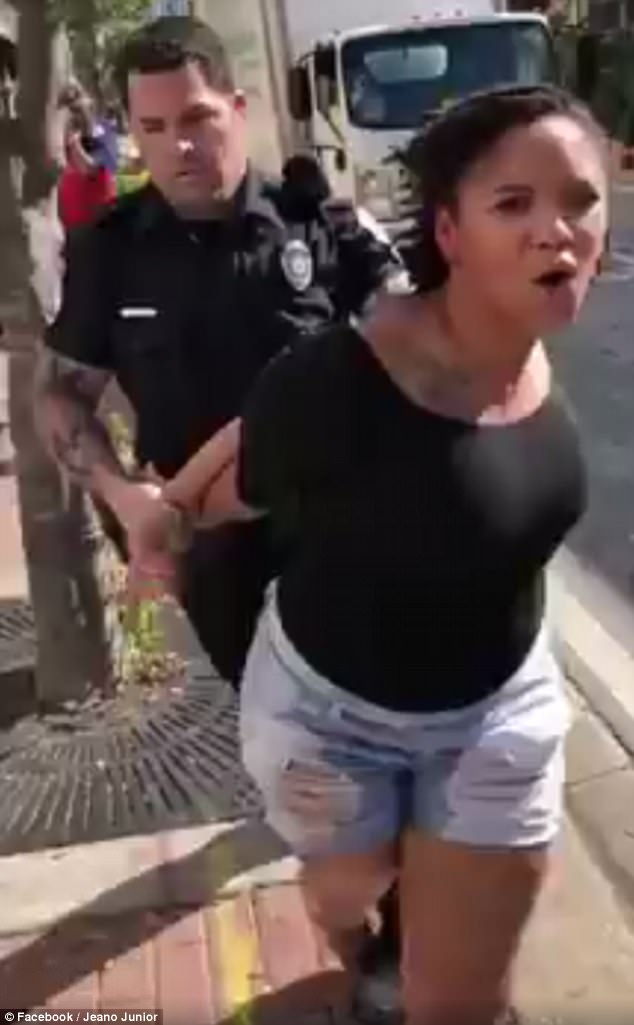 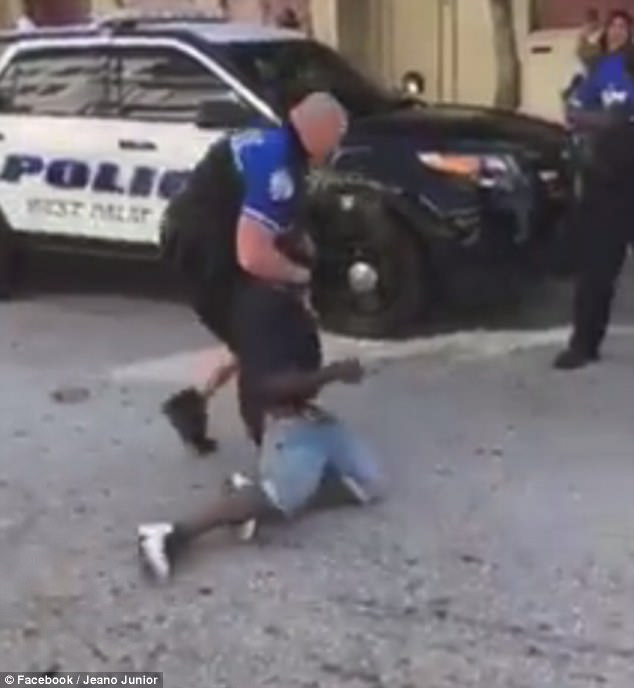 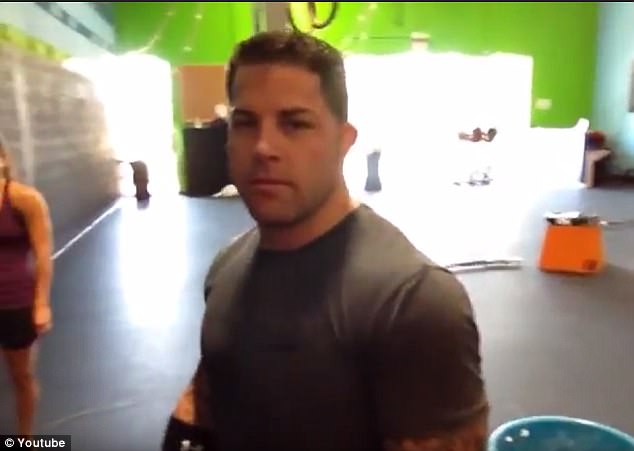 One of the officers in the video was identified as Travis Limauro, who has been with the department for almost eight years

Police said Fountain was also kicking Limauro, preventing him from arresting her. Limauro said another officer had to help him arrest Fountain. The cop said he has a small cut on his chin and a few scratches on his left hand from the altercation.

Fountain, the police report states, works as a teacher. State records reveal she was certified to teach in February 2016.

Both Fountain and Chatman were charged with battery of an officer and resisting an officer with violence.

Officer Harrell, who has been with the West Palm Beach department since 2003, was involved in another incident in 2015 after he struck a woman with his police car. The department said Harrell was responding to a domestic dispute when the victim, 32-year-old Katrina Chase, ran into the street and was hit by Harrell’s vehicle.

A police spokeswoman said at the time that Harrell’s body captured the accident and it did not appear he was at fault.

Limauro, who has been with the department for neatly eight years and is a former MMA fighter, was also involved in a police incident in 2016 when he and another cop shot and critically wounded a man who had fled in a stolen vehicle. Neither Limauro or the other officer were investigated for that incident.