This shocking timelapse video shows a Houston man’s garage filling up with floodwater in just 36 hours as Hurricane Harvey struck.

Following torrential rain the garage belonging to Dani Roisman was breached on Sunday early morning and most severely flooded around midday on Sunday.

The floodwater finally receded by Monday morning. The high-water mark was at 48.5′ and the garage is about two feet above street level. 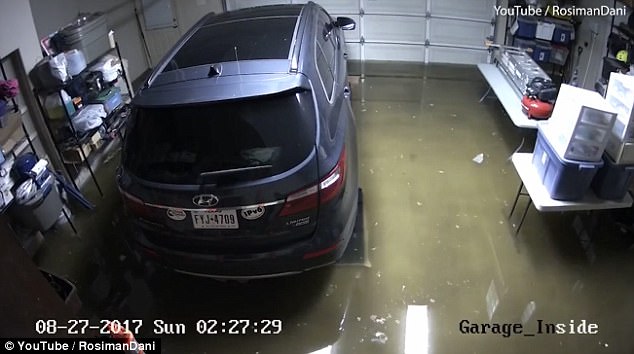 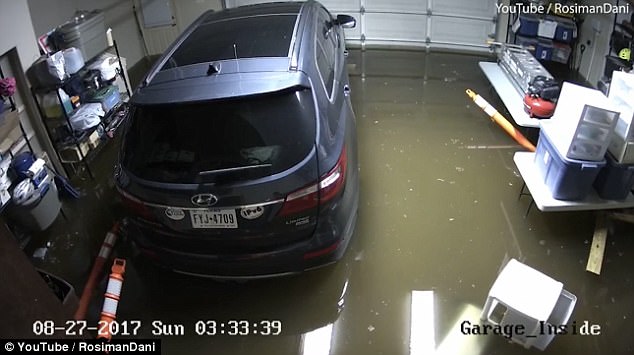 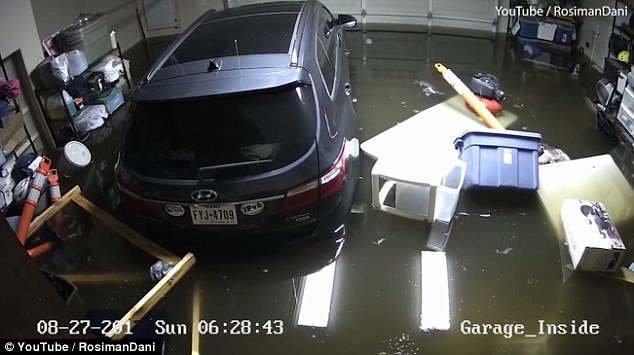 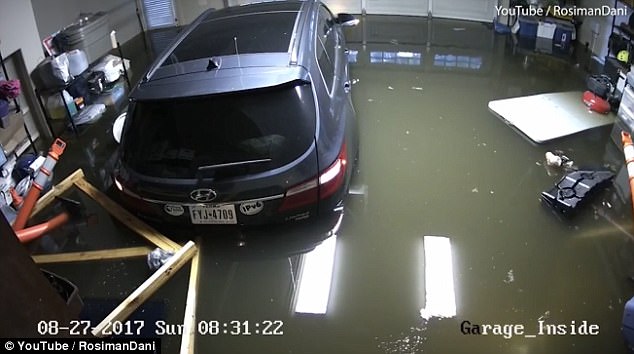 Another timelapse video filmed by Houston resident Exavier Blanchard, shows how quickly water levels rose outside his apartment complex in the Greenspoint area of Houston.

The time-lapse footage shows waters rising well above some cars and breaching part of the building’s first floor. He had started filming at 9.30pm on Saturday and the video ran for 15 hours.

He told the Huffington Post: ‘I set [the camera] up in the window a couple of days before the storm hit because I heard the area floods and I wanted to capture it on video.

‘I have managed to be pretty lucky when it comes to the flooding. Besides running into some standing water and closed roads on the way to stay with family in Clear Lake, it hasn’t been too bad.’

Authorities and family members have reported at least 18 deaths from Harvey, while law enforcement agencies said more than 13,000 people have been rescued in the Houston area and surrounding parts of Southeast Texas.

As the floodwaters continued to rise, public health officials warned about the dangers of health problems ranging from skin rashes to bacterial and viral infections and mosquito-borne disease.

The fire marshal’s office also tweeted that residents within 1.5 miles of a chemical plant in Crosby, Texas, were being evacuated as a ‘precautionary measure’ because of the rising risk of an explosion.

Neighboring Louisiana is set to bear the brunt of the storm’s massive downpours today, with flash flood warnings in place across the entire state.