A middle-aged told a Chinese cafe worker to ‘go back to China and keep your disease over there’, in a vile racist attack in Melbourne.

Jennifer Li shared footage of the shocking incident while she was working at a bubble tea shop in Carnegie, in the city’s south-east, last month.

Ms Li was serving a customer when she overheard someone sitting at a nearby bench outside ranting about the ‘Chinese virus’ while drinking a beer. 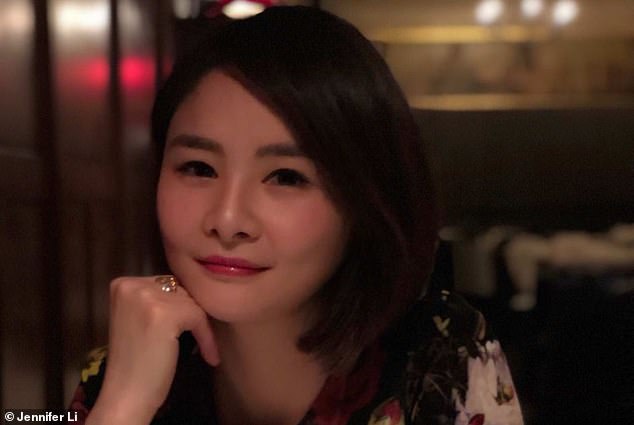 Ms Li, who was born in China but moved to Australia when she was 15, says racism towards Asians has become ‘too frequent’, because of the coronavirus outbreak

In a shocking clip obtained by the ABC, the woman is heard shouting: ‘Look what we cop because of these dirty b******s’.

Shocked by what she is hearing, Ms Li asked the woman to repeat herself.

As the woman continues ranting, Ms Li asks her why she doesn’t stay home, as the state was under stage three lockdown at the time.

The woman becomes further incensed by the comment and fires back: ‘Why don’t you f***ing go back to China and keep your disease over there, you f***ing idiot’. 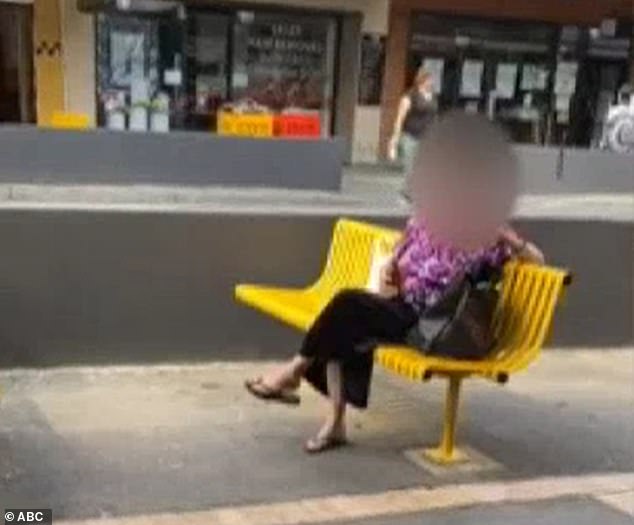 In a video of the disgusting incident, the woman is heard ranting about the ‘Chinese virus’ saying, ‘Look what we have to cop because of these dirty bastards’

While Ms Li is filming, a man is seen approaching her before grabbing her phone, ending the video.

The stranger allegedly threatened to smash her windows and told her to go back to her country.

The incident was reported to the police but officers were unable to find the racist woman or man.

Ms Li told the publication racism towards Asians has become ‘too frequent’ since the coronavirus outbreak. 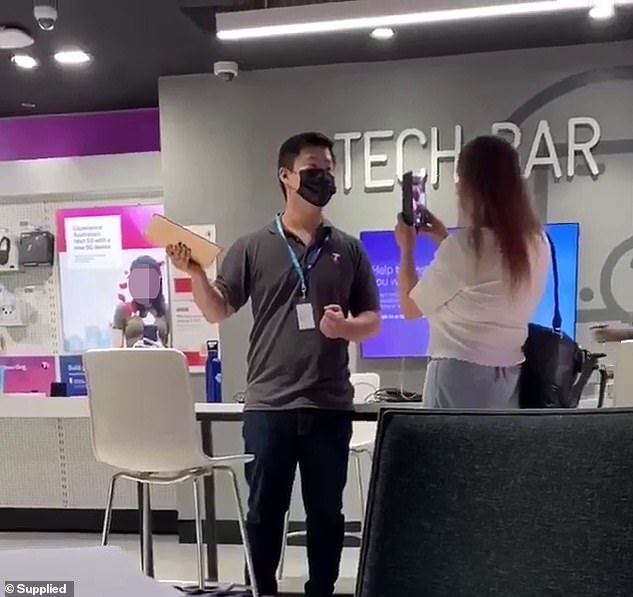 Video footage showed a woman scream at a Telstra floor manager inside the store at Miranda, in Sydney’s south

Ms Li was born in China but moved to Australia when she was 15.

A number of Asian Australians have reported more incidents of racial abuse since the start of the coronavirus outbreak.

Last month, Sydney woman Angela Weedon was arrested after she allegedly verbally abused an Asian Telstra worker and threatened to have his family deported to China.

Footage later emerged of the 38-year-old unleashing another racist attack on a woman on a Sydney train.

Ms Weedon was charged over the incident but was released on bail. 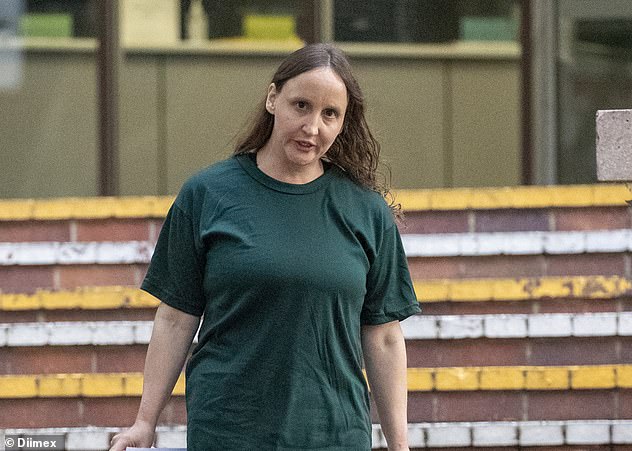 Angela Weedon, 38, was surrounded by police officers when she began hurling abuse at a man outside Sydney Police Centre on Monday