The BBC’s new breakfast show Morning Live has been praised by viewers as ‘informative and entertaining after it’s launch today – but it failed to impress with its ‘outdated’ studio.

Kym Marsh, 44, who hosted current affairs programme Your Money and Your Life on the BBC over the summer, and Gethin Jones, 42, are fronting up the new daily programme, which launched today.

The daytime series aims to be ‘a lively and entertaining mix of topical content and expert advice’ and will air from 9:15 until 10:00 on weekdays, going directly against broadcaster Lorraine’s ITV hit.

And while viewers praised the show for its ‘fresh’ and ‘informative’ segments, many couldn’t help but admit they were distracted by the set design in the studio.

Viewers have praised the BBC for its ‘fresh’ new show Morning Live with Kym Marsh, 44, and Gethin Jones, 42, – but slammed the ‘outdated studio’ on the breakfast programme.

One commented: ‘The set looks like a yellow-orange care home. Is BBC hoping to make older viewers nearer their final destination?’

Another wrote: ‘The studio looks like its been dragged out of the 60’s there is too much going on. Why was he gardening in a mask?

Introducing the programme today, Kym said: ‘Every morning for the next eight weeks we will be here to get your thoughts on the things that matter most to you, and we are not only here to listen, we really want to solve some problems too.’

Meanwhile Gethin added: “We have got a team of experts who have been working flat out behind the scenes to bring you the best advice.’

Viewers praised the programme as ‘fresh and informative’ but many criticised the studio set, with some comparing it to ‘a care home’

The presenters went on to speak to celebrity guests and experts on a range of topics, including bacteria on face masks and Strictly Come Dancing’s Craig Revel Horwood.

The show is currently commissioned to run for 40 episodes to take fans up to Christmas, with hopes of bosses extending it into the next year if successful.

But some viewers said they were distracted by the ‘outdated’ set, with one commenting: ‘Why does the set of the new #MorningLive set look like a time warp from the 1950’s?

‘Are the BBC trying to tell us we’ve now officially gone back 70 years now this sham of a government are destroying everything we had progressed to ? Brown isn’t a good look guys. 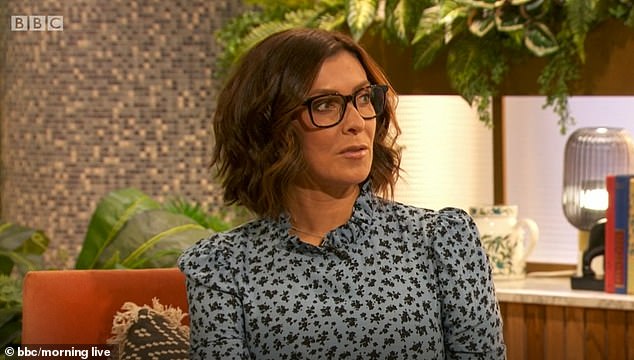 The presenters spoke to celebrity guests and experts on a range of topics, including bacteria on face masks and Strictly Come Dancing’s Craig Revel Horwood (pictured, Kym)

‘Anyone else think the set on @BBCMorningLive looks like someone’s raided your great grandma’s front parlour, nicked the furniture and plonked it in what I can only guess is the spare broom cupboard for a studio,’ another wrote.

‘Awful and amateurish. I’d feel embarassed to be part of it.’

‘I love nothing more than a good catch up, although this will be on a slightly different scale, more of a daily conversation with our viewers.’ 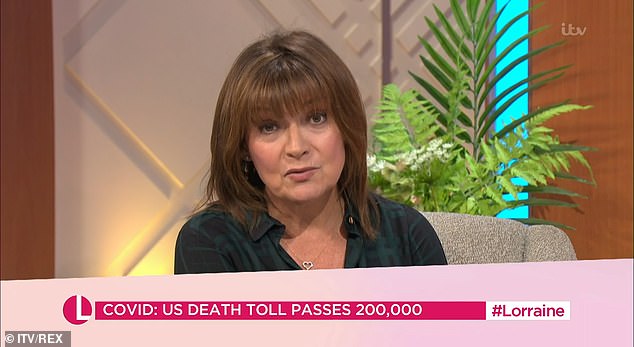 Shake-up: The daytime series will air from 9:15 until 10:00 on weekdays, going directly against broadcaster Lorraine’s ITV hit (pictured on Thursday)

Welsh broadcaster Gethin added: ‘A presenting role on a morning show like this is a bit of a dream for me. What I’m most excited about is the opportunity to delve in to some of the biggest issues at the heart of our everyday lives.’

Morning Live was created by BBC’s Head of Daytime and Early Peak, Carla-Maria Lawson and the team who produce The One Show.

Last year, Kym took a big leap by leaving her role as Michelle Connor on the ITV soap behind.

At the time, the media personality revealed it was an ‘incredibly difficult decision’ to bow out of the hit series, but admitted she felt it was the right time for her to seek out other roles.

She told The Sun: ‘When I was lucky enough to be offered four episodes I could never in my wildest dreams have thought I’d be here 13 years later. 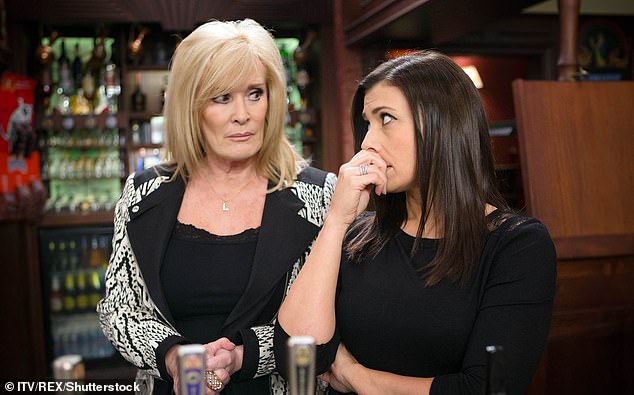 ‘I need to explore some other roles’: Last year, the actress took a big leap by leaving her role as Michelle Connor  on Corrie behind (pictured with Beverley Callard as Liz McDonald in 2016)

‘It’s been an incredibly difficult decision but it feels like the right time for me to explore some other roles.

The brunette found fame in the pop group Hear’Say which she joined after taking part in the TV series Popstars in 2001.

She made her on screen acting debut four years later in an episode of Doctors before joining Coronation Street in 2006.

During her time on the show, the musician has faced some heavy plots, including suffering a stillbirth, being drugged and kidnapped by her ex-partner Will Chatterton, and being involved in a car crash with her teenage son Ali.