‘We put our cojones into this match’: Leonardo Bonucci hails Juventus’ win over Atletico Madrid

‘We put our cojones into this match’: Leonardo Bonucci claims criticism from first leg defeat ‘brought more out of Juventus’ following brilliant win over Atletico Madrid

The Italian giants were slammed after suffering a 2-0 defeat in Spain in the first leg of the last-16 clash, but Cristiano Ronaldo’s hat-trick reversed the result.

Bonucci also appeared to reference Diego Simeone’s controversial ‘cojones’ celebration in the first leg – which was mimicked by Ronaldo during the game.

‘This is a great night for the Juventus fans,’ Bonucci told Sky Sport Italia.

‘Many things were said, both after that game [the first leg] and over the last few days, but Juve always respond on the pitch.

‘We had four chances and put three of them in. They did the same in the first leg, having two chances and scoring both.

‘We put our cojones into this match. Atleti were missing players, but so were we, and Leonardo Spinazzola put in a great performance in an incredible atmosphere.’ 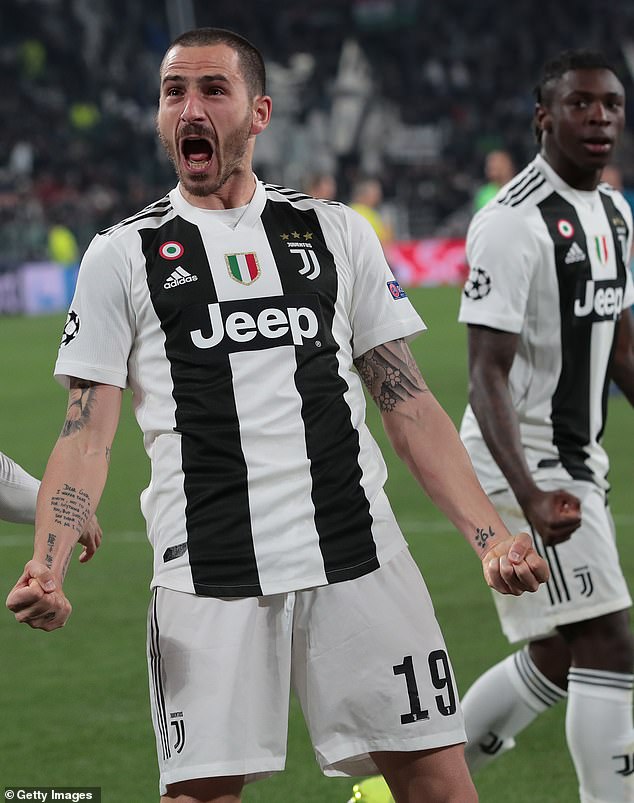