A West Virginia pastor has regained his eyesight 14 years after he lost it, following a minor surgery that was never designed to cure his blindness.

Doctors hoped that Pastor Philip Dunn would see some light after undergoing cataract surgery but were shocked when, weeks later, he walked into the kitchen and was able to see his wife.

Dunn, from Charleston, was diagnosed with macular degeneration, which causes blind spots in the central vision, in 2003.

Within months, he was completely blind. Yet, he says, he believed that his vision would be restored in the future.

Years later, in 2018, he needed surgery after a cataract in his left eye ruptured, reported WCHS.

When Dunn removed the patch from his eye, he was finally able to see his wife and children again, and to see his grandchildren for the first time, leaving doctors dumbfounded.

Pastor Philip Dunn, of Charleston, West Virginia, was diagnosed with macular degeneration in 2003. Pictured: Dunn, right, with his wife, Suzette 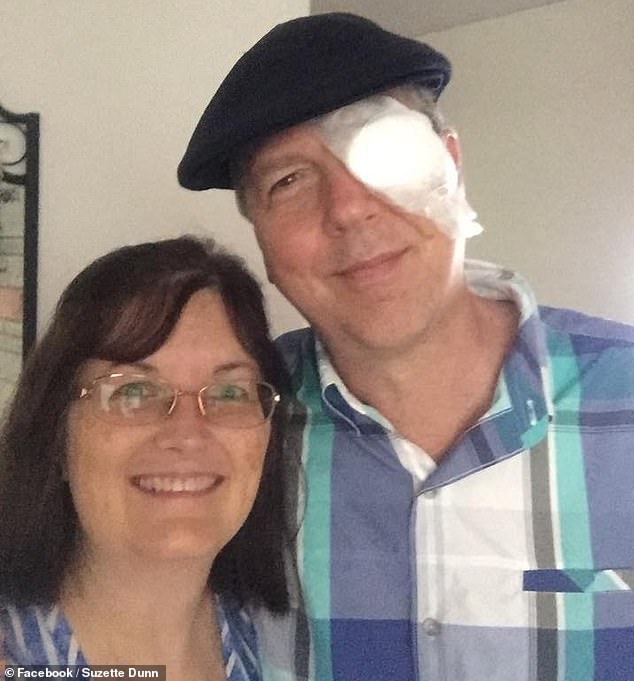 Within months, Dunn was completely blind, but he believed that he would see again one day. Pictured: Dunn, right, with his wife, Suzette, after his first cataract surgery

When Dunn first visited his optometrist in 2003, he was diagnosed with cataracts, a clouding of the eye’s natural lens, which lies behind the iris and the pupil.

‘I was only 45 at the time,’ Dunn told WCHS. ‘And the doctor said: “It’s not that bad, probably won’t give you trouble for years”.’

But months later, Dunn began experiencing black spots that are the tell-tale signs of macular degeneration.

Age-related macular degeneration (AMD) is the leading cause of vision loss for those age 50 or older, according to the National Eye Institute.

The condition occurs when the macula, an oval area near the center of the retina that allows for sharp vision, becomes damaged.

Sufferers will experience blurred vision or even ‘blind spots’ in their central vision that may grow larger.

Treatments include medications that stop new blood vessels from forming in the eye as well as laser therapies that destroy abnormal blood vessels.

According to the American Academy of Ophthalmology, 9.1 million Americans have early AMD and 2.1 million above age 50 have late AMD, which is a stage of severe vision loss. 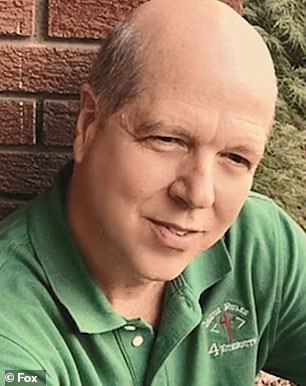 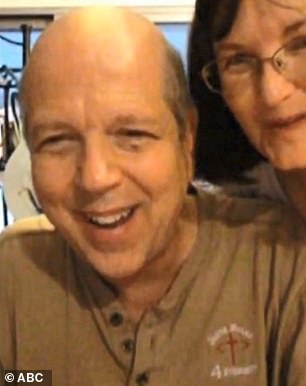 In August 2018, Dunn (left and right, with his wife) underwent surgery after a cataract ruptured in his left eye. After the surgery, his vision was restored in that eye 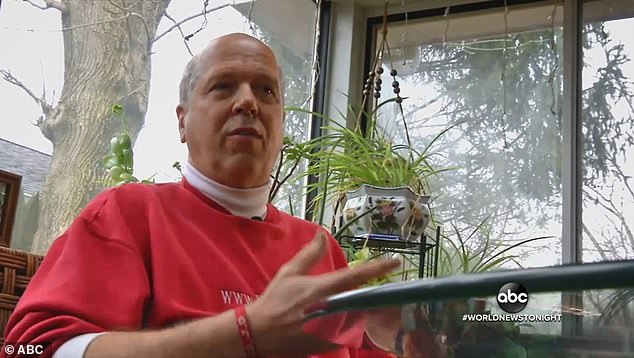 Doctors found no signs of macular degeneration and decided to perform a second surgery to remove the cataracts in his right eye. Pictured: Dunn

That number is expected to increase as the proportion of the US population aged 65 or older continues to grow.

Those with AMD have a hard time performing everyday activities whether it’s reading or holding a conversation with somebody.

Dunn continued to preach and would prepare for his weekly Sunday sermons at Valley Christian Assembly by listening to a Bible on tape, reported WCHS.

‘I knew in my heart I was going to be able to see again. I just didn’t know when,’ he told the station.

Years later, in August 2018, Dunn started experiencing headaches and a sharp pain in his left eye.

A visit to the eye doctor revealed that one of Dunn’s cataracts had ruptured. 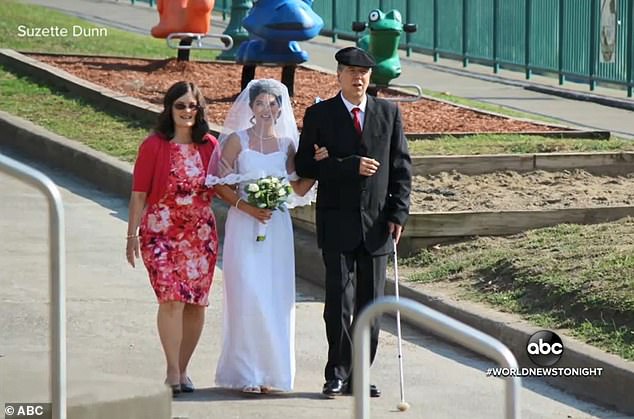 Dunn’s eyesight was completely restored and he was finally able to watch the father-daughter dance from his daughter’s wedding day. Pictured: Dunn, right, and his wife walking his daughter down the aisle in September 2016 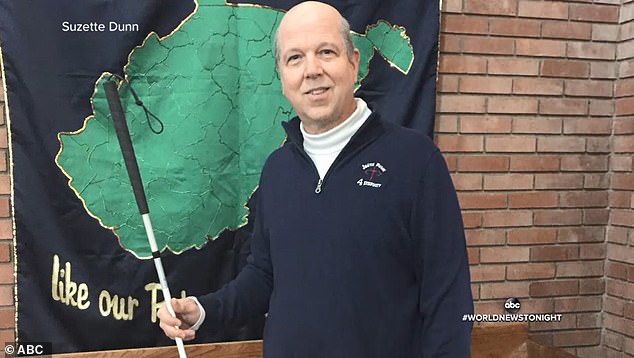 The pastor is now able to see his grandchildren’s faces and says he wants to make sure he ‘maximizes’ each day. Pictured: Dunn, unknown date

Because this risked damage to his optic nerve, which connects the eye to the brain, he was scheduled for surgery to have it removed.

When Dunn was finally took off the patch from his eyes, his doctors had hoped he could see some light, but he saw much more.

Eye doctors were astonished when they did not find any signs of his macular degeneration when he went in for an examination.

After a second surgery to remove the cataracts in his right eye, he fully regained his vision.

Dunn said he watched the father-daughter wedding dance from his daughter Sarah’s wedding day and saw his grandchildren’s faces for the first time.

He told WCHS that doctors don’t know if his restored eyesight is temporary or permanent, but that he plans to ‘maximize’ each day.