What made the Duchess blush on her FIRST honeymoon?

More than a week after their wedding, Harry and Meghan’s honeymoon destination still remains a closely guarded secret.

But wherever they choose, Meghan, will be hoping the trip is less eventful than her first honeymoon in New Zealand – when a teenage boy crawled into her shower cubicle and tried to steal her underwear.

Meghan’s antipodean embarrassment came during a dream holiday with her new film-producer husband Trevor Engelson, when the couple rented a campervan for a two-week road trip over Christmas and New Year in 2011/2012.

They visited remote glaciers, seal colonies and wineries, even swimming with dolphins before reaching Akaroa, near Christchurch, and checking into a rural campsite.

But as Meghan took a shower, a 13-year-old boy crept into her stall and caught Meghan in the nude – forcing her, draped in a towel, to follow him through a site packed with holidaymakers to confront his horrified parents.

Meghan, 36, revealed her holiday adventure during a later interview with a New Zealand radio station to promote her role in the TV drama Suits.

‘When we got into the campsite, they had nice areas to take a shower and I’m washing my hair and I hear something,’ she said.

‘I open the shower curtain and there’s this 13-year-old boy who had crawled under the stall and was trying to steal my underwear.

‘I grabbed a towel and I’m like, “Where is your mother?!” I found his parents, who were mortified,’ she said. ‘I can laugh about it now but at the time I was so shaken up,’ she told the ZM breakfast show. ‘He was just a little prankster, he was harmless – probably bored to tears with his family.’

Meghan is expected to return to New Zealand in October with Harry after they visit Australia for the Invictus Games. 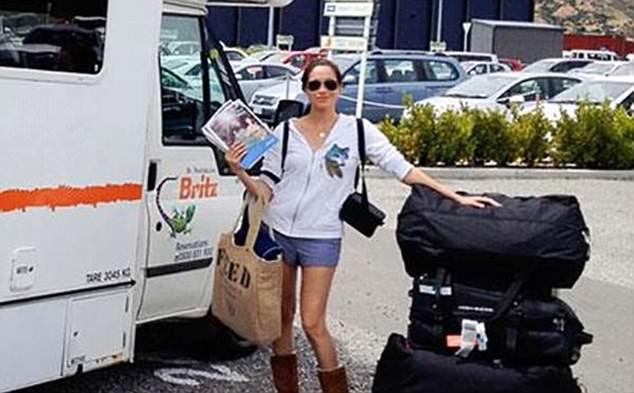 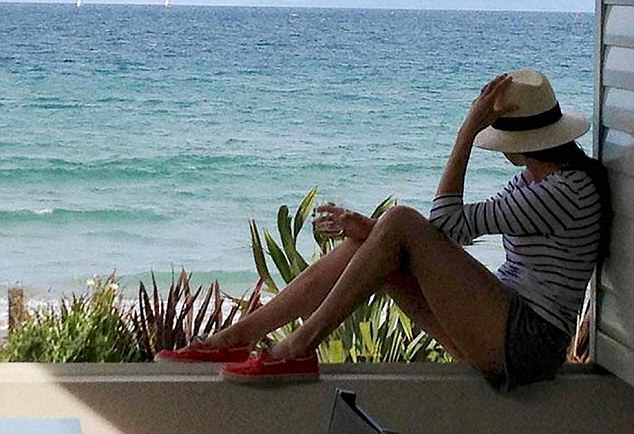 Meghan Markle relaxing on Waiheke Island, New Zealand, at the end of her trip