What you shouldn’t say to kids: Stop telling kids how much they’ve grown

A dietitian has warned teachers and parents against commenting on students’ bodies and urged them to avoid saying things like ‘Look how big you are’ or ‘You grew so much’.

In an Instagram post, the dietitian and anti-dieting campaigner said instead of remarking on a child’s appearance to try to say things like ‘Nice to see you’ and ‘I’m so glad you’re in my class’.

‘Don’t forget that some of our ‘small talk’ around kids is well-meaning but can cause harm,’ Gwen wrote in the post.

Parents in comments were fans of Gwen’s message with one mum saying she hates hearing people call her daughter ‘big’.

‘I CRINGE everyone says to my daughter: she’s ‘big’ for her age. Or ‘big’ girl now,’ she said. 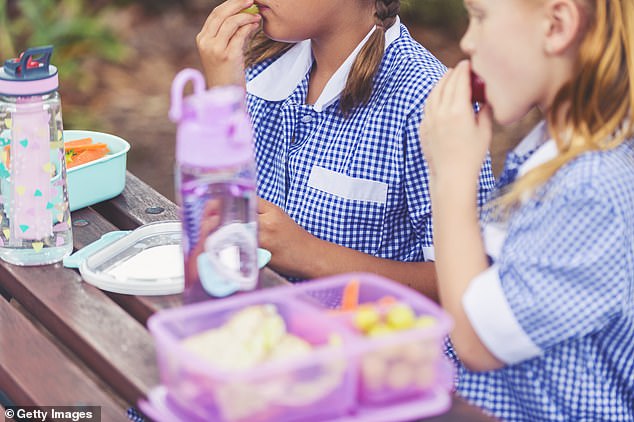 Teach nutrition in a positive way

‘Love this!! This can also be helpful for parents to not make body comments either!’ another wrote.

In a previous post shared before the last school year started, Gwen reminded parents and teachers that ‘bodies are not small talk’ as it makes kid’s feel ‘awkward’.

‘Parents: Talk to your kids. Remind them they can ask people to not talk about their bodies or they can just ignore these comments,’ she wrote.

‘Teachers, school parents… I get it! Easy small talk. Sure. It’s true but it’s also the LEAST interesting thing about a kid.’

Gwen is an avid campaigner for teaching children about food and health ‘safely’ at school and is adamantly against strict rules enforced by schools about what parents are and aren’t allowed to put in their kid’s lunchboxes.