The White House mocked former President Trump for claiming to deploy his ‘envoy ambassador’ to tout his Serbia-Kosovo agreement, bypassing about the current administration.

Trump named Grenell his special envoy for Serbia-Kosovo peace relations in 2019, at the same time he served as ambassador to Germany. Grenell was named acting director of national intelligence in 2020.

Trump said he’d sent the former ambassador on the foreign policy mission, but Grenell made clear he was there as a ‘private citizen.’

‘The great people of Serbia and Kosovo have overcome tremendous obstacles in their pursuit of economic normalization. The agreements my administration brokered are historic and should not be abandoned, many lives are at stake,’ Trump said in a statement.

‘The region is too important and the people have waited too long for this work to be cast aside. Today, my Envoy Ambassador Ric Grenell visited the Kosovo-Serbia border to highlight this important agreement.’

‘Outside of his very active imagination, Donald Trump is no longer President and doesn’t have any ‘envoy ambassadors’ representing the United States,’ a White House official told reporters in response.

Grenell has been an active critic of President Biden’s policies, including in the Balkan region.

‘People of the Western Balkans deserve American leadership,’ Grenell said during a press conference at the Merdare border crossing between Serbia and Kosovo 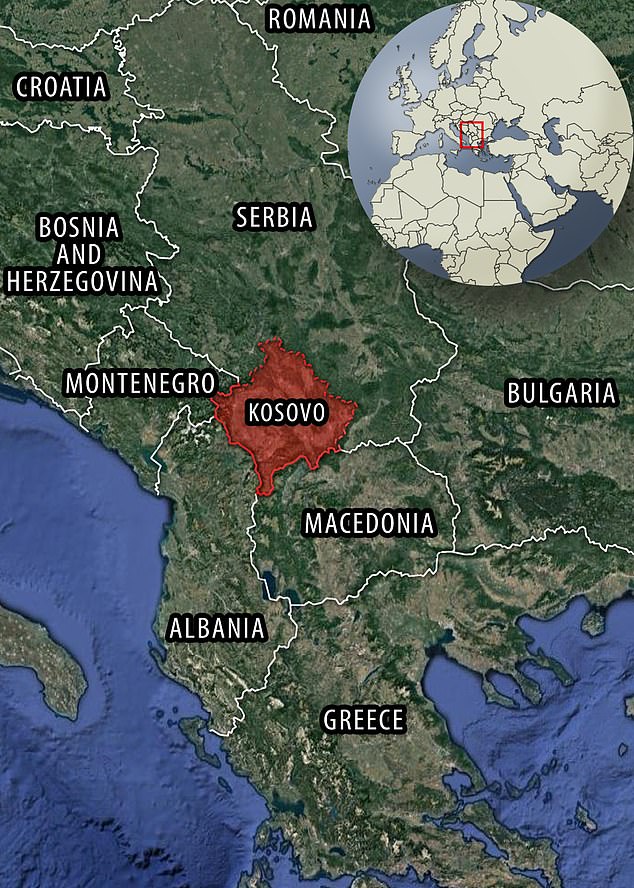 Pictured is a map showing Kosovo and its neighboring countries 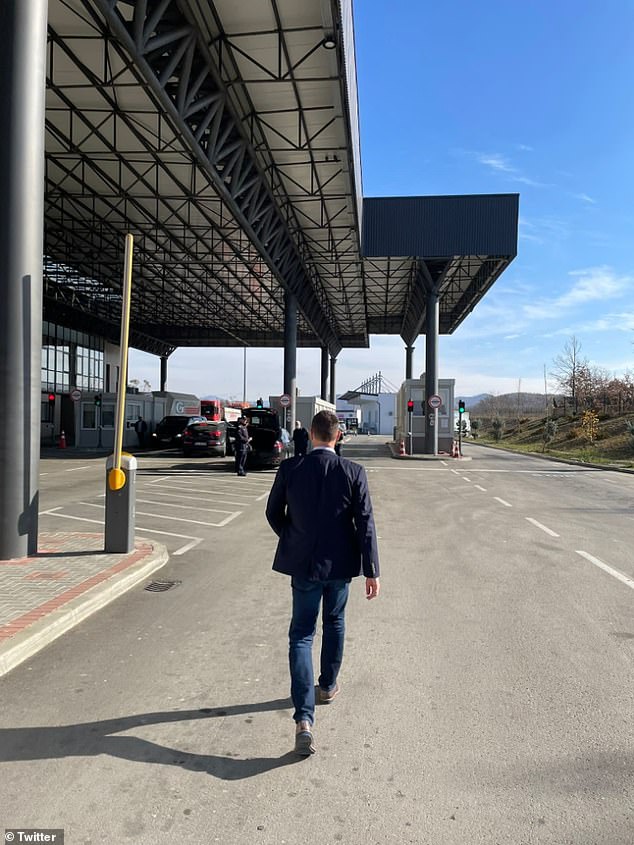 ‘People of the Western Balkans deserve American leadership,’ Grenell said to The Pavlovic Today after a press conference at the Merdare border crossing between Serbia and Kosovo.

He said that Biden owed the region more than ‘lip service’ for economic agreement.

Kosovo and Serbia signed a pair of economic agreements on Sept. 4, 2020 in the presence of Trump, even though Serbia does not recognize Kosovo’s sovereignty since the country declared independence from Serbia in 2008.

The agreements stipulated that Serbia, for one year, would suspend its efforts to encourage other nations not to recognize Kosovo.  The two sides also agreed to open operations on their rail links and to work together on fighting international crime.

‘Now that I’m outside government I’m trying to do what I can by bringing the private sector here,’ Grenell said in the press conference. ‘We want to see young people stay in this region and have really good paying jobs.’ 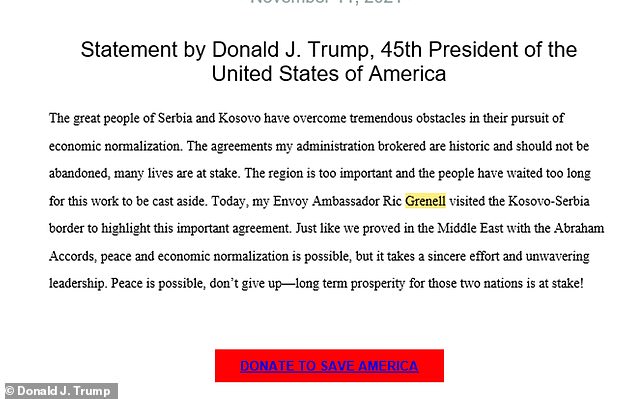 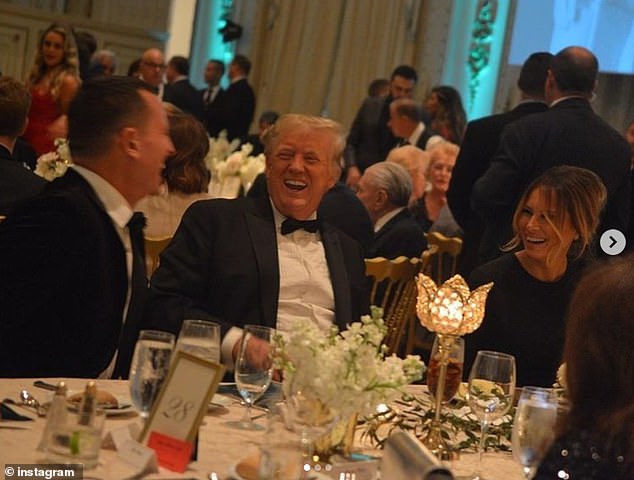 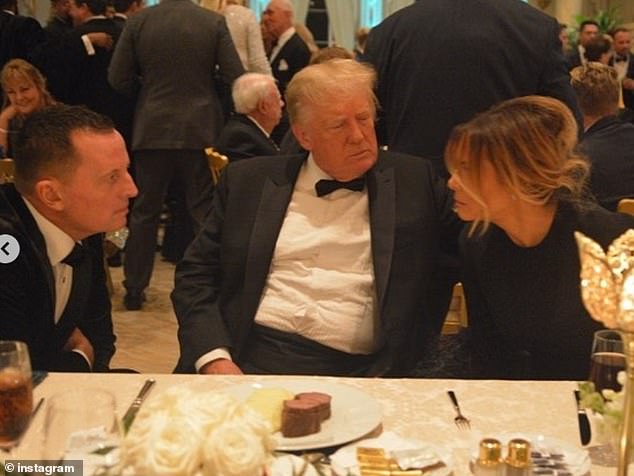 Kosovo and Serbia signed a pair of economic agreements on Sept. 4, 2020 in the presence of Trump, brokered by Grenell 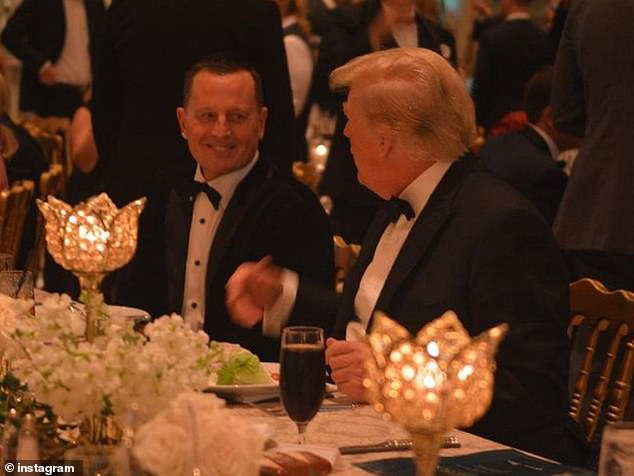 Grenell said that in light of the agreement, he’s seen ‘very little movement.’ ‘That’s what makes us frustrated’

Grenell said that in light of the agreement, he’s seen ‘very little movement.’ ‘That’s what makes us frustrated.’

‘We have to have open borders,’ he said of Kosovo and Serbia.

‘I think the Biden administration has to be much more aggressive on leadership. They don’t have an ambassador in Kosovo they don’t have a presidential envoy for the region. There are not a lot of talks going on.’

Kosovo declared its independence a decade after a brutal 1998-1999 war between separatist ethnic Albanian rebels and Serb forces. The war ended after a 78-day NATO air campaign drove Serb troops out and a peacekeeping force moved in.

Many western states now recognize Kosovo, but Serbia and its allies Russia and China do not. 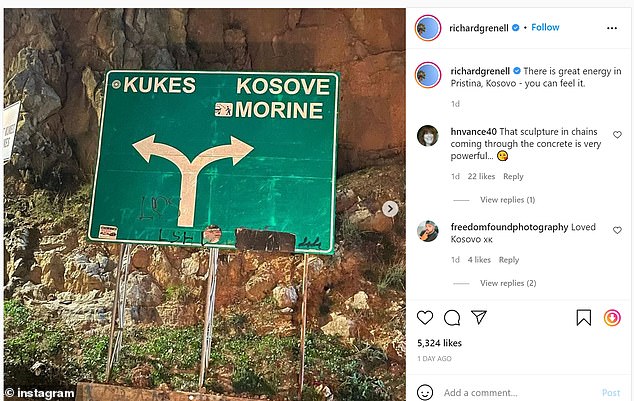 Grenell posted photos from his time in Pristina, the Capital of Kosovo 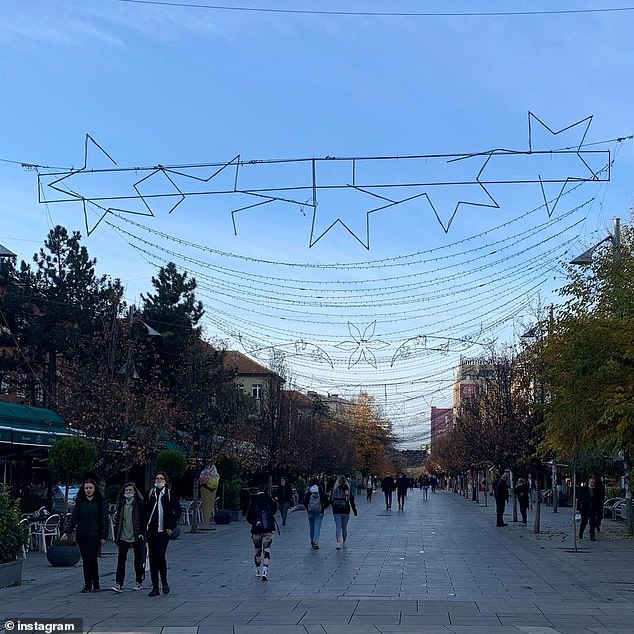 ‘There is great energy in Pristina, Kosovo – you can feel it,’ he captioned the photos