The Duchess of Cambridge has made children and mental health in young people the central focus of her royal work to make sure she’s the best mother she can possibly be, it has been revealed.

Peter Fonagy, head of the Anna Freud National Centre for Children and Families, of which the Duchess is royal patron, opened up to People magazine, about the inspiration behind Kate’s favoured projects.

‘Part of her interest in prevention is to make sure that she does things right in her own parenting,’ he said.

He added that the Duchess, who is due to give birth to her third child in the next few weeks, feels it’s ‘an incredible privilege to be a mum’.

‘She’s genuinely interested in how to make children’s lives better, and what parents and professionals can do to positively influence the lives of children,’ he said.

Kate is set to give birth at the Lindo Wing, the private maternity unit, at St Mary’s Hospital in Paddington.

Ahead of the Royal Baby’s birth, Kate and William have already given their third child an internet presence, with a new page added to the royal website with information about Prince George and Princess Charlotte’s new sibling.

Kate went on maternity leave last week after undertaking a final day of engagements with William, celebrating the Commonwealth. 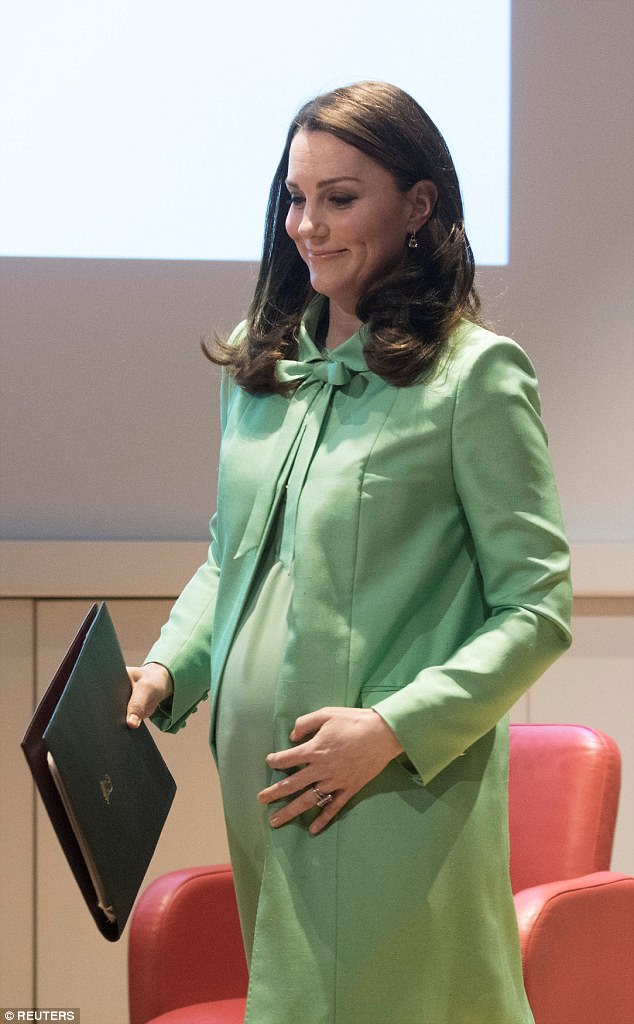 Pregnant Kate, 36, is now on maternity leave ahead of the birth of her third child next month

Otherwise, the next time she’s likely to be seen in public is when she emerges from hospital with her new baby next month.

As well as Harry and Meghan’s wedding, she may appear at some family occasions during the summer.

But she is not expected to return to official duties until the autumn, according to aides, and even then her ‘primary focus’ will be her children. 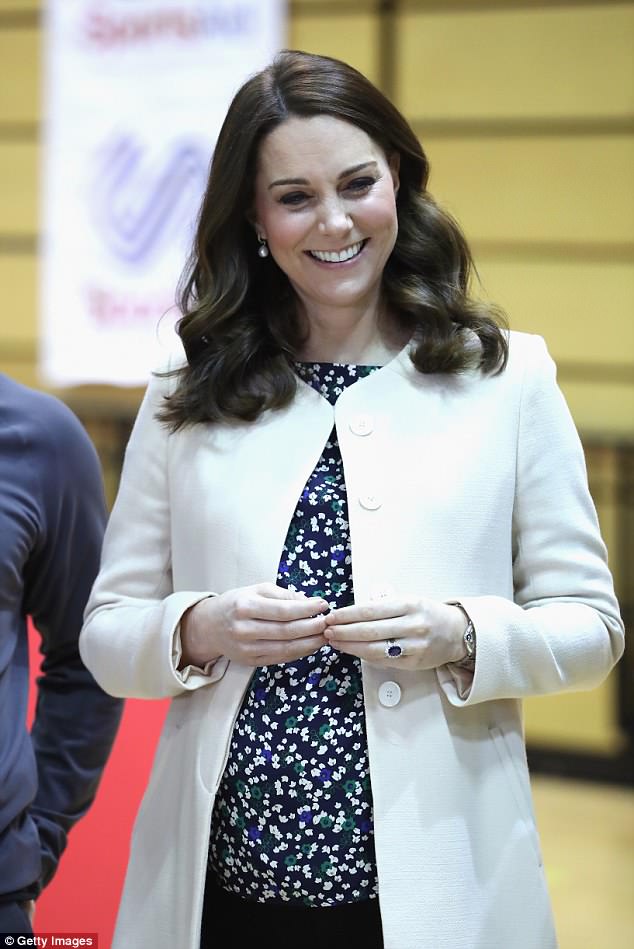 Kate is set to focus on her children, and will not return to royal duties until the Autumn