A woman helped to convict her pervert husband by positively identifying his penis in pictures he sent to paedophile hunters he believed were ‘young girls’.

Hayley Dunn was shocked when vigilantes knocked on her door and accused her partner James Kemp of sex crimes.

But when they produced pictures of his manhood, she instantly knew it was him – and her world ‘completely fell apart’.

Kemp, now 45, was arrested months later and jailed for 18 months after he admitted to attempting to send sexual communications to underage girls.

He was also placed on the sex offenders register for 10 years.

The pair are still married because Kemp ‘won’t agree to a divorce’ from behind bars – which the mum-of-two said leaves her on edge.

The pair had met on a dating app in February 2017 and quickly fell in love, marrying just six months later.

But, when Child Protectors Scotland turned up to their home in Glenrothes, Fife, everything changed.

The ‘paedo hunter’ group had pretended to be young girls to ensnare Kemp, who had sent the explicit pictures in return.

Hayley was asked if she recognised her husband’s penis in the images – and was devastated to realise it was. 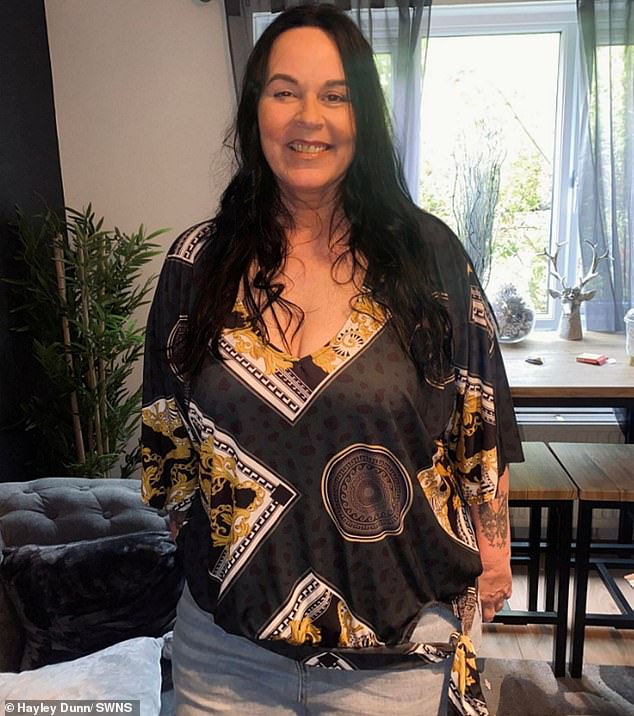 She said: ‘My world completely fell apart. My first thought was ‘has he touched my daughter?’ as he was close to her.

‘He was always giving her cuddles and saying he wanted to adopt her. I felt like he groomed me and could have tried to groom her.

‘I couldn’t believe that I had fallen for somebody that would do this.

‘He said that if anyone tried to touch my daughter that he would kill them and yet he was doing it in our living room.

‘It was me that recognised the clothes and I recognised his penis. It was one million per cent him – his wristband, his watch, everything was there.’

Hayley, who suffers from fibromyalgia and arthritis, said that Kemp had ‘fooled everyone’ and that she had no concerns during the marriage. 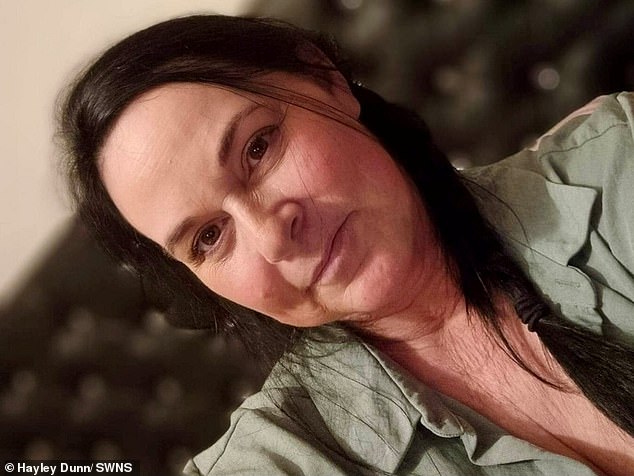 The last time Hayley saw Kemp was the day he was sentenced on November 29, 2018

‘We never had a sex life but I always thought it was because he was watching out because he didn’t want to hurt me, being considerate as I was in so much pain.’

Hayley noticed over time Kemp stopped joining her in bed altogether, but still she thought nothing of it.

She said: ‘He fooled everyone. He looked after me, he said I was the love of his life – it was all a load of rubbish. He plays the part very very well.’

The last time Hayley saw Kemp was the day he was sentenced on November 29, 2018.

She said the experience of seeing him in court was ‘absolutely horrible’ and she fears he will ‘come back for revenge’.

‘I was shaking on the way to court. I looked at him as he was sitting there, and my knees trembled – it was a horrible day.

‘I had no energy that day, it was taken out of my body. When the judge convicted him for 18 months, I broke down in tears and I kept saying thank you to the judge.

‘He knows where I live, I have visions of him coming to the house. The worst thing of all is we’re still married, it is the worst feeling being married to a paedophile.’ 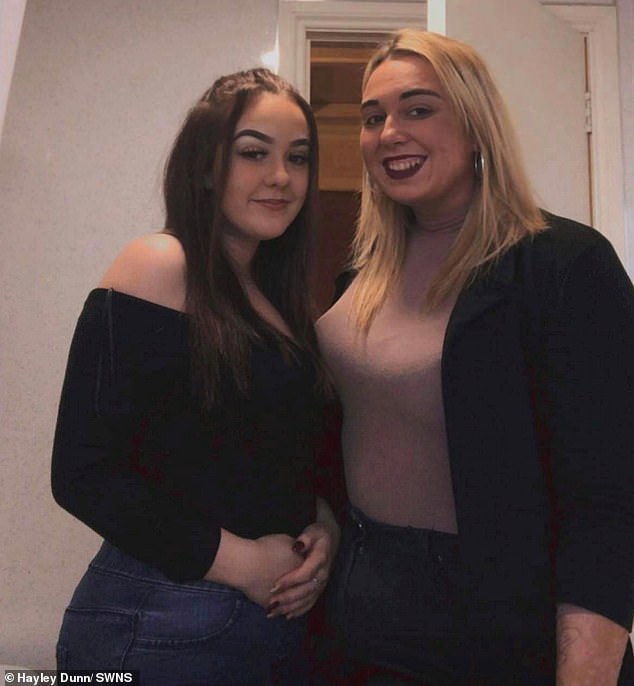 She immediately became concerned that he may have hurt her daughters, Sarama Dunn and Nadine Dunn (pictured together)

Hayley said she wants to share her story to warn other women not to rush into a relationship and be weary of people they meet online.

‘They know what they are doing – they charm the pants off you, they charm everyone.

‘It is the scariest feeling when you get the knock on the door saying your husband has been grooming kids online.’

Since Kemp was convicted, Hayley has tried dating but feels like she will never be able to trust a man again.

‘I am too scared there is no trust for anyone. The only people I trust are my dad, my two daughters and my best friends – I can’t trust anyone else.

‘People tell me I have to get back out there but I can’t.’