A primary school deputy headteacher today admitted to 18 child sexual abuse offences, including two counts of rape – as sickening details emerged of how she giggled as she and her partner molested a young girl.

RE teacher Julie Morris, 44, and David Morris, 52, filmed themselves abusing and raping a child under the age of 13 in a series of videos, before trying to evade police by fleeing to the Lake District in a campervan.

The couple – who despite sharing the same name were not married – met on Plenty of Fish and soon began sharing their ‘graphic and depraved’ fantasies that became ‘sordid’ reality.

They even set up a group chat with the victim and discussed how they planned to abuse her.

At Liverpool Crown Court, Julie – wearing glasses, a facemask and a cream cable knit jumper – entered guilty pleas to two counts of rape, nine of inciting a child under the age of 13 to engage in sexual activity, and two of engaging in sexual activity in the presence of a child.

David pleaded guilty to 34 offences at an earlier hearing. The offences are not related to Julie’s employment at the school in Wigan. They will both be sentenced later today.

Julie Morris, 44, (pictured) and partner David Morris, 52, filmed themselves abusing and raping a girl under the age of 13 in a series of videos, jurors were told 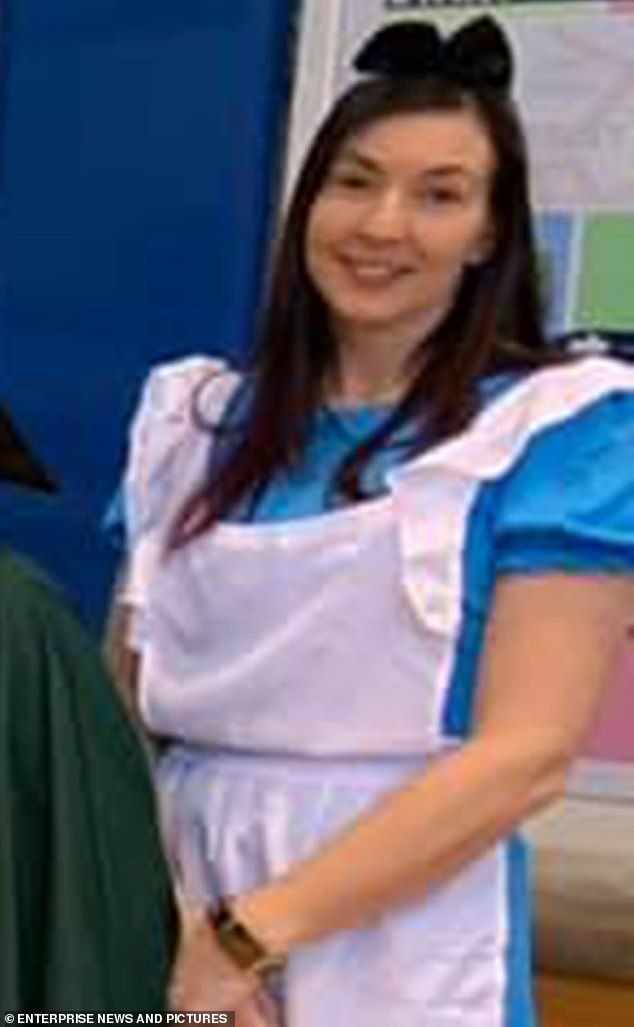 John Wyn Williams, prosecuting, said the couple met on dating app Plenty of Fish in 2016 after both had separated from their partners and the relationship ‘quickly became intensely sexual’.

He said: ‘The communication between them became graphic and depraved which led to some of their sexual fantasies becoming a reality.’

Mr Wyn Williams said the couple’s ‘sordid secret’ was revealed when police found a conversation about sexual abuse of children involving David in a phone seized during a search warrant. 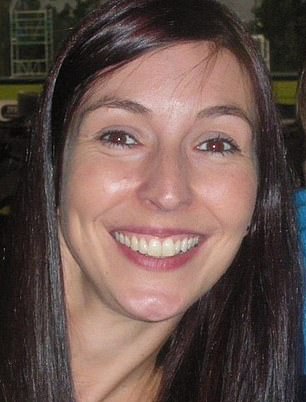 At Liverpool Crown Court, Julie – wearing glasses, a facemask and a cream cable knit jumper – entered guilty pleas to two counts of rape in addition to other charges

The warrant was issued for another house in a separate investigation and no further details were shared with the court.

He was arrested but cautioned and released and a number of devices were seized, which showed the recordings of rape and sexual abuse, the court heard.

Mr Wyn Williams said both defendants were arrested the following day as they appeared to be trying to evade police.

‘They were on their way to the Lake District in a camper van with £10,000 in their possession,’ he told the court.

As well as videos and images on David’s phone, officers trawled through 175,000 pages of messages between the couple, revealing sexually explicit communications.

The pair also set up a group chat with the victim in which they would talk about how they would abuse her, the court heard.

David, of Eccleston, St Helens, pleaded guilty at an earlier hearing to seven counts of rape, 13 counts of causing or inciting a child under 13 to engage in sexual activity, two counts of engaging in sexual activity in the presence of a child, taking indecent images, of categories A, B and C, possessing and distributing indecent images, two counts of engaging in sexual communications with a child, three counts of voyeurism, possession of an extreme pornographic image and possession of a prohibited image of a child. 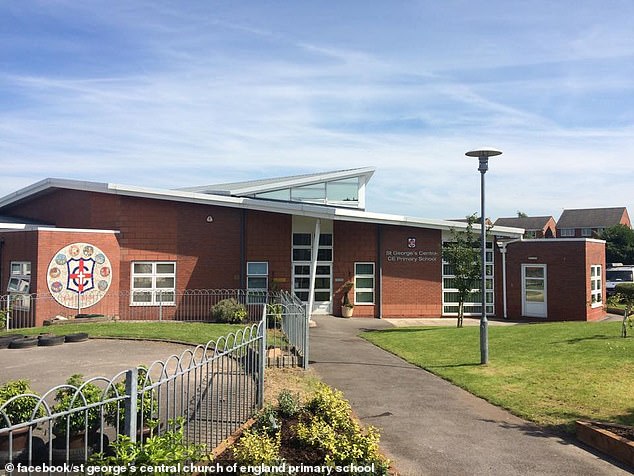 Julie was safeguarding lead at St George’s Central C of E Primary School in Wigan. The offences are not related to her employment at the school in Wigan

Parents were told of the initial reports of her offences last month in a letter from the headteacher Mark Grogan.

He said: ‘It is important to emphasise that the charges in relation to the alleged offences are not connected with our school.’

The head added that he realises that it ‘will come as a shock for everyone within the school community’.