Georginio Wijnaldum insists he is ready to do the dirty work and fill in defensively for the suspended Jordan Henderson against Manchester City on Tuesday.

Henderson will miss out for Liverpool in their Champions League quarter-final second-leg against City at the Etihad after picking up his third yellow of the competition in last week’s emphatic 3-0 victory at Anfield.

Wijnaldum, who usually takes up a more forward role for the Reds, was used at the base of midfield by Jurgen Klopp in their 0-0 draw with rivals Everton on the weekend.

And the 27-year-old now admits that he is ready to take up the defensive responsibility against City, insisting ‘you are quite an important player in that position’.

‘The manager was trying it in pre-season and he said it might happen in the season,’ Wijnaldum said.

‘He said at that time that it could happen that I will play in that position and he might look to do it in the future. Now that time has come. 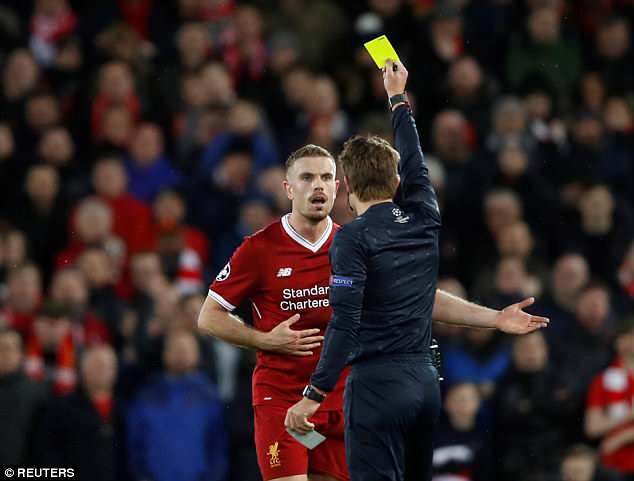 ‘Normally, I stand higher on the pitch but in this position you get more on the ball, you have a lot of moments. When you play one position ahead, you have less moments.

‘You are more responsible because you are the second or sometimes the first man in the build up. You are quite an important player in that position as well.’

Goals from Mo Salah, Alex Oxlade-Chamberlain and Sadio Mane have given Liverpool a comfortable advantage going into the second-leg. 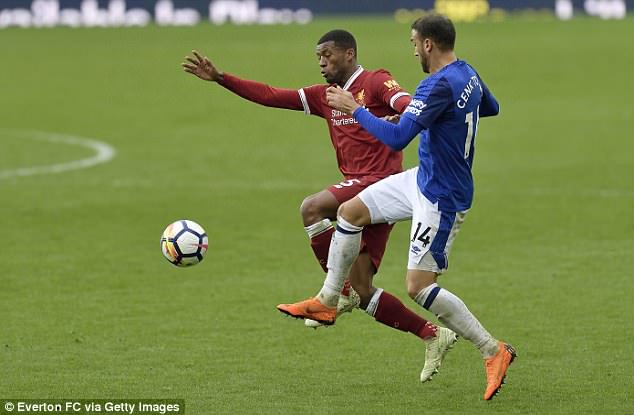