Woman, 51, facing £200,000 bill for libelling her ex-husband when she told his new partner he’d ‘tried to strangle’ her says she’s appealing the ruling ‘to help others in the same situation’

A woman who lost a libel case after saying on Facebook that her husband tried to strangle her says she’s appealing the ruling to ‘help others in the same situation’.

Nicola Stocker, 51, said businessman Ronald Stocker, 68, had ‘tried to strangle’ her, during an online exchange with his new partner, Deborah Bligh, in December 2012.

The 2016 case heard that Mr Stocker reached for his wife’s throat, and grabbed her around the neck during a row in 2003.

Using the Oxford English Dictionary definition of the word ‘strangle’, Mr Justice Mitting found Mrs Stocker’s post was defamatory as it suggested Mr Stocker had tried to kill her.

Outlining the case to a panel of five justices on Thursday, her barrister, David Price QC, said at the Supreme Court that the appeal raises issues of general importance for defamation claims.

‘The appellant is an individual with no interest in the law of defamation other than the ultimate outcome of this claim and the hope that it might assist others who find themselves in a similar position,’ he said.

Mr Price added: ‘The phrase “tried to strangle” is a common way of describing an assault involving a constriction of the neck or throat where the victim is alive. 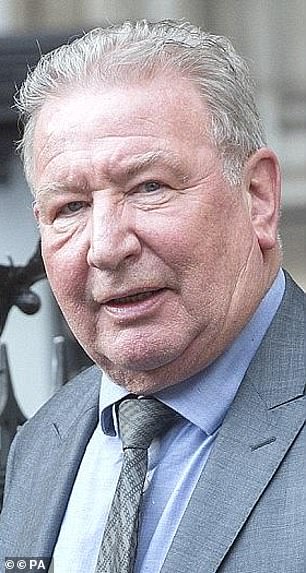 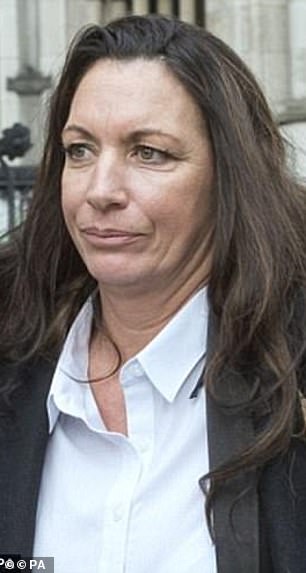 Ronald Stocker (left) won the libel case over remarks made to Deborah Bligh (right), which he argued made it sound like he’d tried to kill his ex

‘The phrase does not convey an intent to kill in ordinary language or in relevant criminal offences.’

He said the ‘last thing’ any ordinary Facebook friend of Ms Bligh who came across the discussion would do would be to ‘reach for a dictionary and engage in the over-elaborate analysis carried out by the judge’.

Lawyers for Mr Stocker, of Aston Clinton, Buckinghamshire, contend that Mr Justice Mitting reached the right conclusion and urged the judges to dismiss the appeal.

Manuel Barca QC, for Mr Stocker, said: ‘The judge was perfectly entitled to refer to… the dictionary definition of “strangle” as a check on the view of meaning he had formed as a matter of impression.’

During the High Court trial in 2016, the court heard that the allegations were published to 21 individuals who had authorised access to the page. They were also visible to 110 of Ms Bligh’s ‘friends’ and to their Facebook ‘friends’.

Ruling in favour of Mr Stocker, Mr Justice Mitting said a comment on Facebook was the same as a comment posted on an office noticeboard and Mrs Stocker had no right to assume it was private.

The judge found that Mr Stocker did ‘in temper’ attempt to silence his ex-wife, but was not satisfied he had threatened to kill her and therefore her comments had a defamatory meaning.

He said the libel was ‘not trivial’, and assessed the appropriate compensation at £5,000 – though Mr Stocker did not want any money. Mrs Stocker previously challenged the judge’s ruling at the Court of Appeal.

But she was left facing a hefty legal bill after her case was rejected by three senior judges in February last year. The Supreme Court justices are expected to reserve their decision on the case.