A Texas woman was so excited to finish treatment for breast cancer that she broke the ‘cancer-free’ bell.

Darla Jaye, from The Woodlands, was diagnosed with breast cancer in February and immediately began radiation treatment.

A hospital worker filmed her joyously ringing the bell, until the clapper breaks off and goes flying through the air. 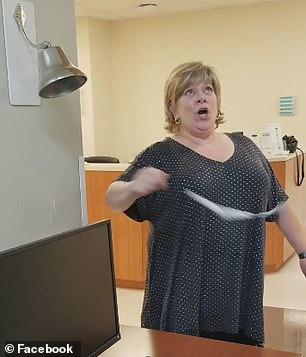 Darla Jaye (left and right), from The Woodlands, Texas, was diagnosed with breast cancer in February. She was treated with 30 radiation treatments at Harris Health Systems in Houston 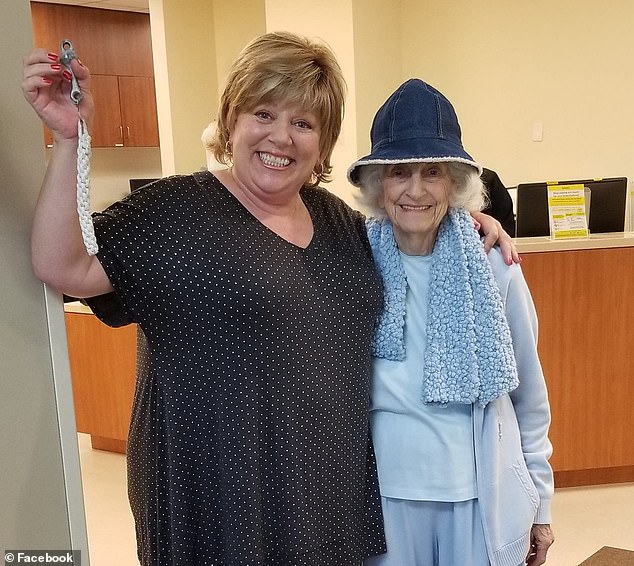 Jaye’s final treatment was Monday and she celebrated by ringing the ‘cancer-free’ bell. Pictured: Jaye, left, holding the broken clapper with her mother known as Mama Jaye, right

Jaye was diagnosed with a breast tumor and said she ‘was scared to death’ when she learned the news.

Jaye believed she would need to undergo chemotherapy, but doctors decided on 30 radiation treatments instead, the last of which was on Monday.

Video shows Jaye excitedly ringing the bell for about three seconds before the clapper accidentally detaches and is flung across the hallway.

She exclaims: ‘I broke the bell!’ and bursts out laughing as she retrieves the clapper from the floor.

Jaye then looks under the bell to see if there is a way for her to reattach it before a hospital staff member tells her it can be fixed. 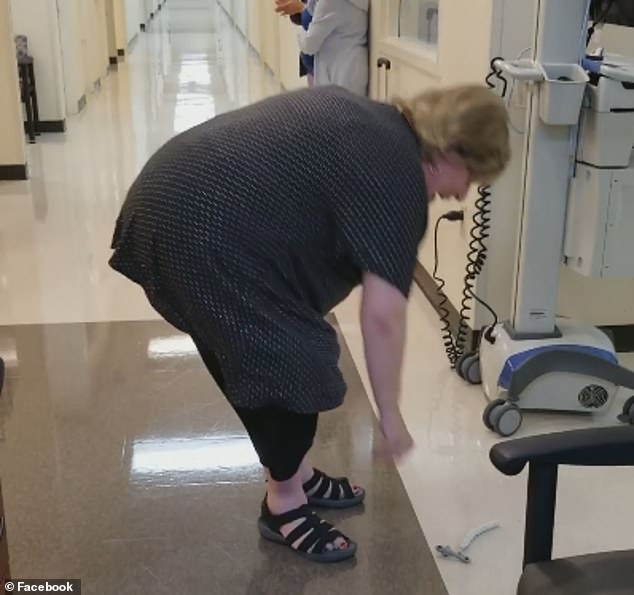 Viral video captured the clapper breaking off the bell and flying through the air. Pictured: Jaye picking up the broken clapper The tradition of ringing a bell when cancer treatment is completed began at MD Anderson Cancer Center in 1996.

It was installed by Navy Rear Admiral Irve Le Moyne, once the highest-ranking Navy Seal in the US – who was diagnosed with head and neck cancer.

‘When you hear the words: “You have cancer,” the first thing you think of is: “Am I going to die?”‘ Jaye told Fox 26 Houston.

‘The second thing you think of is: “What am I going to go through?”‘

She said that during her first radiation treatment, tears rolled down her cheeks, but she hopes she can now inspire other cancer patients.

‘I never imagined that I would make it through those 30 treatments and be able to ring that bell,’ Jaye said.

‘So…when I rang that bell, I was celebrating that I was alive and that I was essentially done for now.’