A father has angrily confronted a woman he accused of trying to kidnap his young son on Australia Day.

The 27-year-old redhead was caught standing just metres away from two small children playing in the backyard of the house in southwest Sydney.

The man confronted her in a video his cousin posted to Facebook, telling her police were on their way and he was allowed the detain her until they arrived. 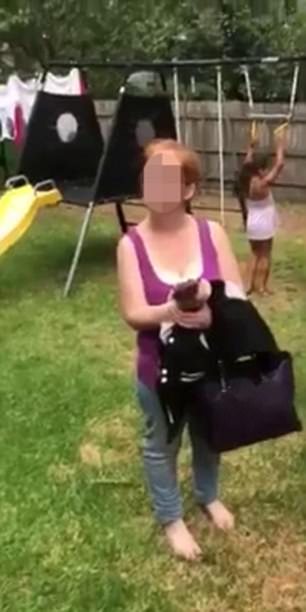 The father claimed in the video that one of his other children overheard her talking to his youngest son, appearing to intimate that she was trying to take her away.

The man also accused her of wearing his daughter’s shoes and of climbing on his roof to get into the backyard.

The woman denied his allegations, saying ‘alright, fine, I know the truth’ and asked him what the date was.

‘I’m not stupid, I’m very intelligent,’ she said as the resident’s wife shouted at her from the back door.

During the whole confrontation the boy who the father claimed she tried to abduct was sitting on a swing set while his sister stood nearby.

The man asked the little boy to repeat what the woman allegedly said to him, but didn’t receive a clear answer.

At least three police officers later arrived and led the woman away in handcuffs. 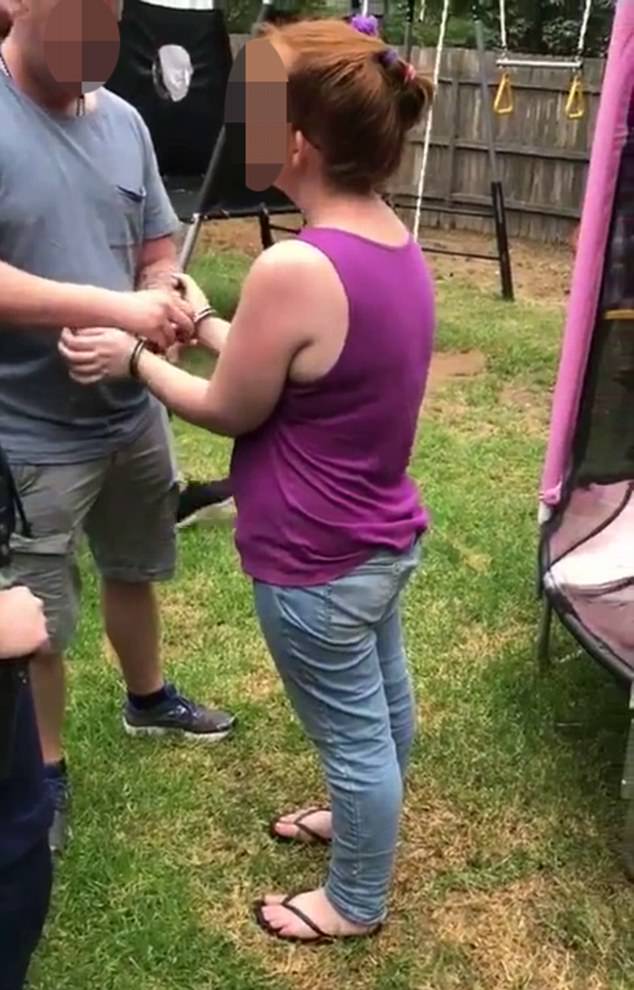 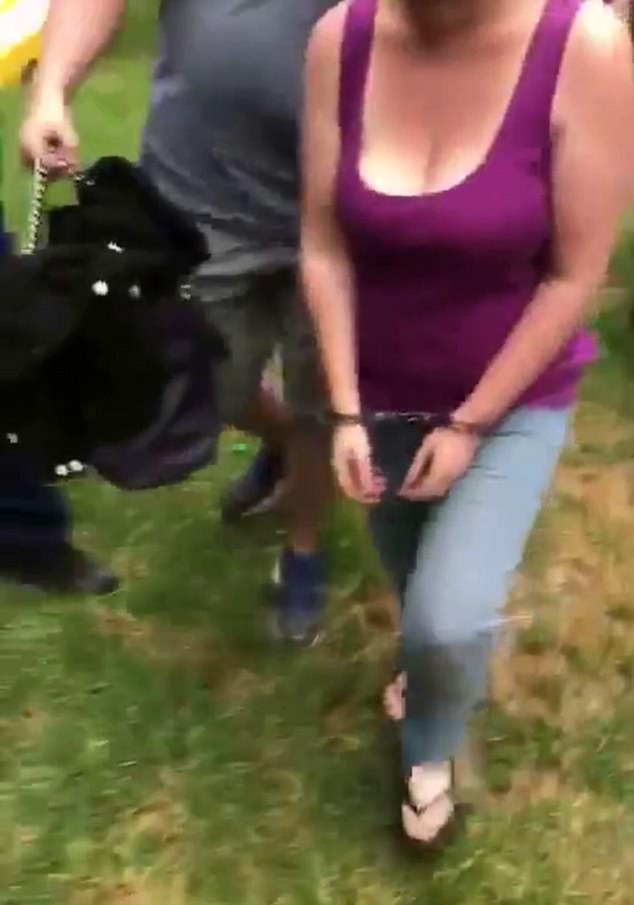 Police told Daily Mail Australia the woman was taken for assessment after allegedly entering the backyard of a Leumeah home and stealing a pair of shoes.

‘The woman was discovered on the premises by a male occupant. The woman and the occupants are not known to each other,’ it said.

‘Once the woman’s release from hospital legal action is expected to be taken.’

Several people commenting on the video on social media claimed to recognise her, saying she suffered from mental health issues.

One said she was admitted to the same Campbelltown mental health ward they were staying at, and was discharged and re-admitted in their time there.

An ex-boyfriend, who shared a snap of him and her from a decade ago, said she had at least one child.

Another man said the child was in the care of her grandmother and speculated she might have been trying to take another one to make up for losing them.