An obese woman claims she was given just days to live after she developed deadly sepsis from a gastric sleeve operation.

Laura Battrum, 35, from Birmingham, was severely overweight at 22 stone (308lbs) when she decided weight-loss surgery was her only option.

Due to her suffering from polycystic ovary syndrome (PCOS), the NHS agreed to pay for the operation, which took place last January.

Thrilled, Miss Battrum thought she was one step closer to her dream of starting a family with her partner of eight years Steve, 37.

Instead, she claims she developed sepsis and was given three days to live before being put in an induced coma for a month.

After spending a total of four months in hospital, Miss Battrum is finally back at home. But the health and social assessor is now forced to use a colostomy bag, and battles mobility problems and fatigue every day.

Miss Battrum, who is now a slim nine stone (126lbs), said: ‘I only wanted to lose weight but I almost lost my life.’ 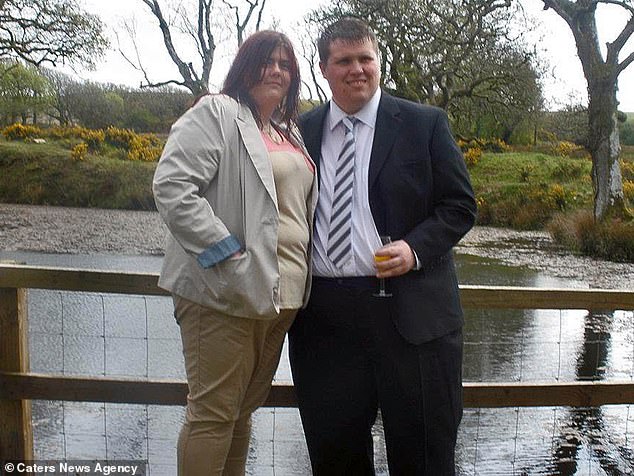 Before, Miss Battrum (with her partner Steve) was severely overweight at 22 stone. Hoping to one day be a mother, she decided surgery was her only option after ‘exhausting’ other options 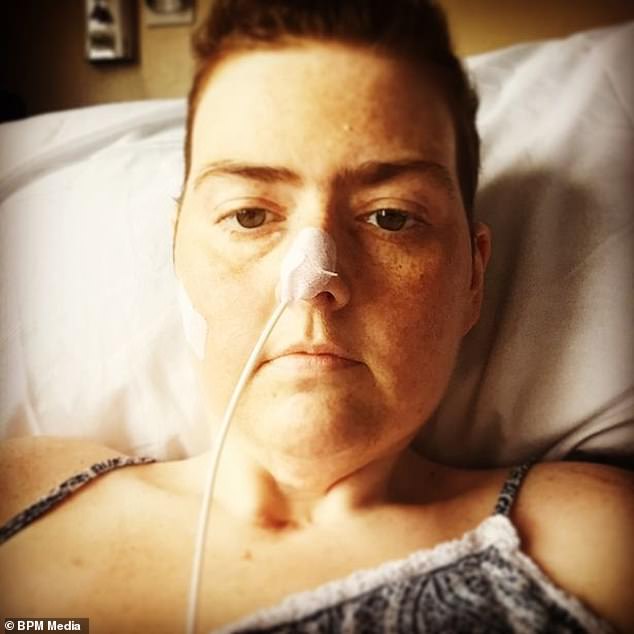 Although the procedure seemed to be a success at the time, Miss Battrum began to feel unwell in the following weeks. After collapsing at home, she was rushed to hospital where doctors diagnosed Miss Battrum (pictured during treatment) with sepsis

Speaking of her decision to have the surgery, Miss Battrum said: ‘I had been overweight my entire life and would binge on food most days. I tried diet pills, countless diets and exercise but nothing worked.

‘I needed to lose weight if I wanted to become a mum one day so I decided to research weight-loss surgery.

‘After opting for the gastric sleeve I was booked in for the surgery on January 3.’

Despite the procedure, which involves removing a large part of the stomach, seeming to go to plan, Miss Battrum began to feel unwell over the next few weeks.

‘I’d developed a rash at first, then diarrhoea and shortness of breath. I saw medical professionals within those weeks and sepsis was not picked up. For several weeks I was in more and more pain,’ she said.

‘I sought medical attention, however, it wasn’t until January 29, when Steve called for an ambulance while I was in and out of consciousness that I was diagnosed with sepsis.

‘The following day I was placed into an induced coma and wasn’t awoken until February 27.’

While receiving treatment at Queen Elizabeth Hospital, Birmingham, Miss Battrum was unaware of the seriousness of her condition. When she eventually came out of the coma, however, doctors told her it had been touch and go.

‘I did not really know much about sepsis and how dangerous it can be before I fell ill. But following my surgery I developed sepsis and was left fighting for my life,’ she said.

‘I underwent emergency surgery for a perforated bowel and a further six operations in an attempt to finally beat the sepsis.

‘My health problems have been an ongoing war with the stoma and mobility issues still causing problems, but I’m now trying to raise awareness of what is referred to as the silent killer.’ 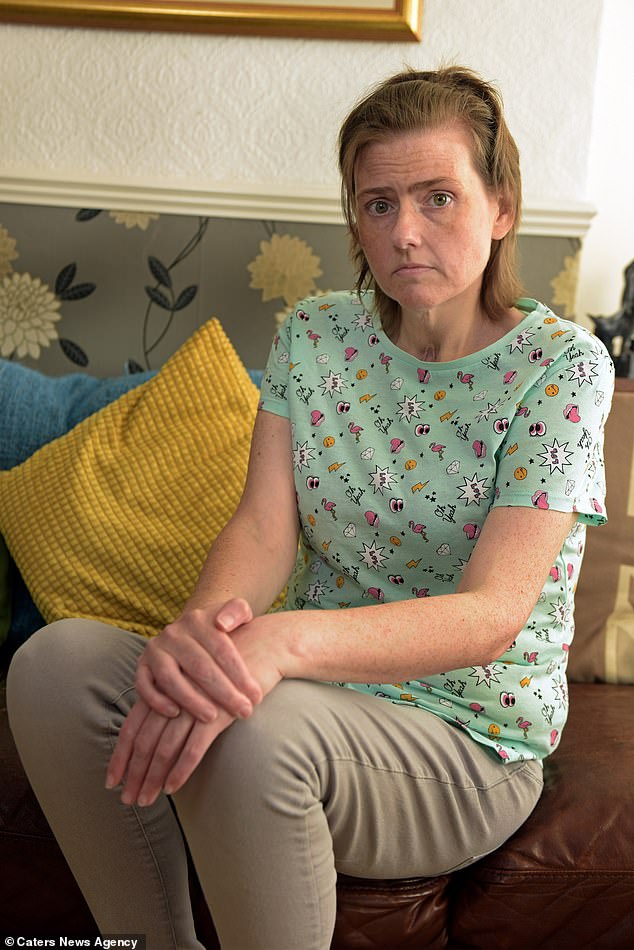 After spending a month in an induced coma and a total of four months in hospital, Miss Battrum is finally home. Now weighing just nine stone, she says the surgery almost killed her 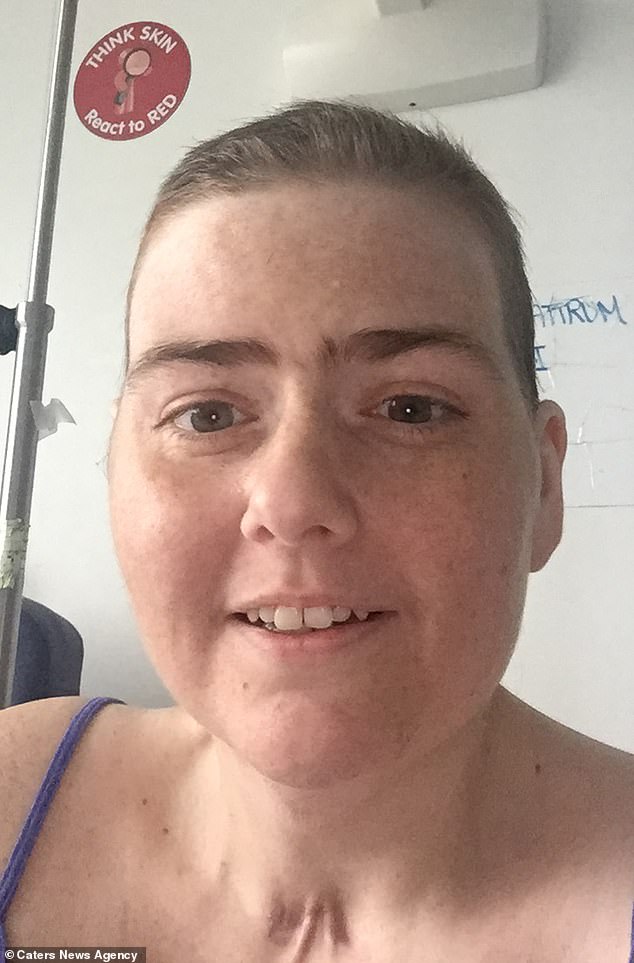 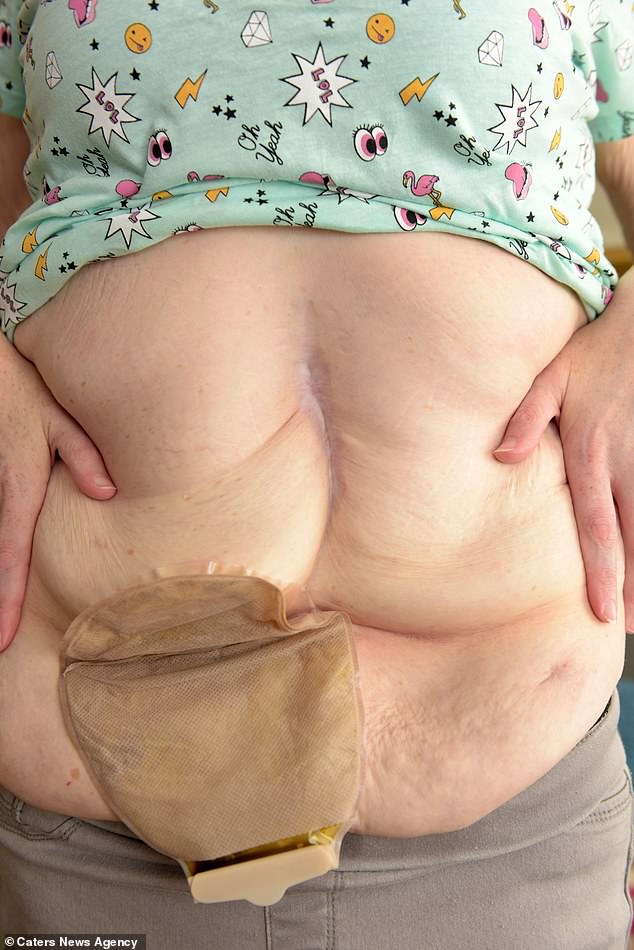 As well as being left with loose skin, complications means she must now use a colostomy bag

Due to the impact Miss Battrum’s health issues have had on her life, her and Steve have decided to delay their wedding for two years.

‘I now have the slim body I have always wanted as I have dropped over 10 stone and now weigh nine stone,’ she said.

‘However the road there has been far from a smooth ride and I want to warn others while our solicitors look into whether I received the right care.

‘There is an ongoing investigation into how I contracted the condition in the first place. I’m hoping my story will highlight how dangerous the condition can be.’

Jennifer Shipley, an expert medical negligence lawyer at Irwin Mitchell, who is representing Miss Battrum, said: ‘Through our work we often see the devastating consequences that families can be left to face because of sepsis. Awareness of the signs of sepsis and early detection are key to beating it.

‘Laura has asked us to investigate the care she received in the hope that any potential lessons can be learned to improve sepsis care in the future as it is such a dangerous condition.’ 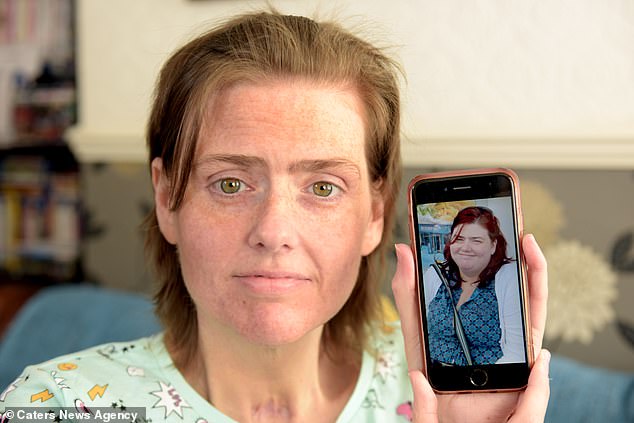 Although Miss Battrum now has the slim figure she always wanted, she adds the ‘road has been far from a smooth ride’ and questions if poor care led to her developing sepsis 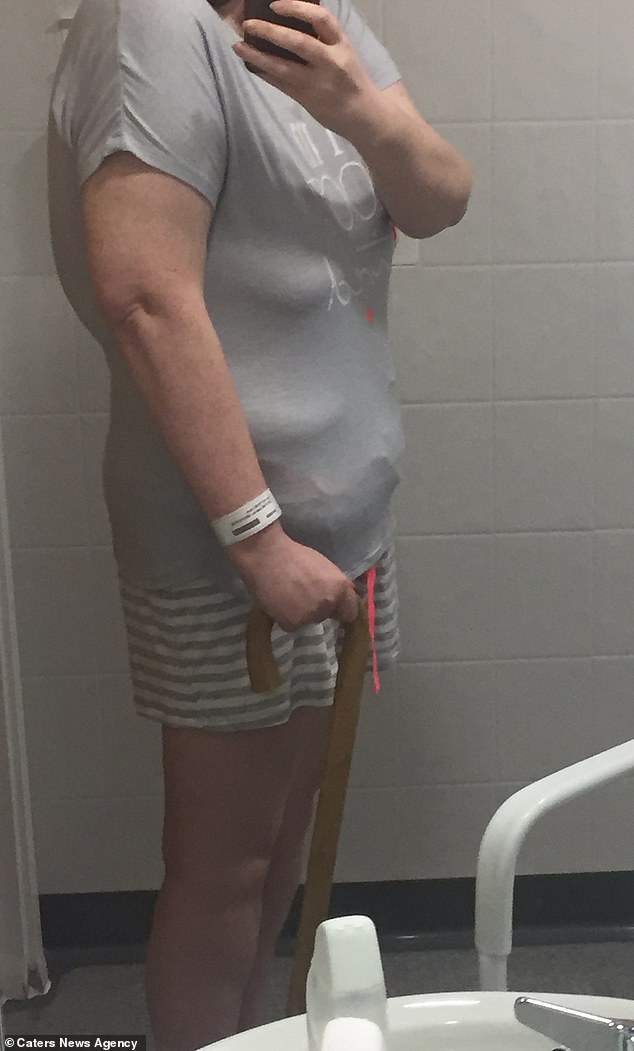