Woman gets her father’s jail sentence for rape doubled

A woman who was raped and sexually abused by her father from the age of 12 has spoken of the chilling moment he told her he ‘just couldn’t help himself’.

Aimee Foley, 21, from Ennisymon, Co Clare, Ireland, says Mike O’Donoghue’s verbal and emotional abuse began when she was only four-years-old.

As she got older, O’Donoghue’s abuse became sexual in nature and he first showed then 12-year-old Aimee pornography during an overnight stay at his home in 2013.

It was only when the sexual abuse survivor was in her first year of a music degree at Maynooh University that the memory of the rape on December 23, 2016 appeared to her in a flashback and she began seeking justice.

In December 2021, Mike O’Donoghue was sentenced to five years in prison for 31 counts of sexual assault against his daughter, which Aimee appealed.

Last month, it was confirmed that O’Donoghue has had his sentence nearly doubled and he will now spend almost a decade behind bars.

Here Aimee, who has waived her right to anonymity, shares her story with FEMAIL.

Aimee Foley, 21, has bravely waived her right to anonymity in the hope that her story will help other victims of sexual abuse seek justice. 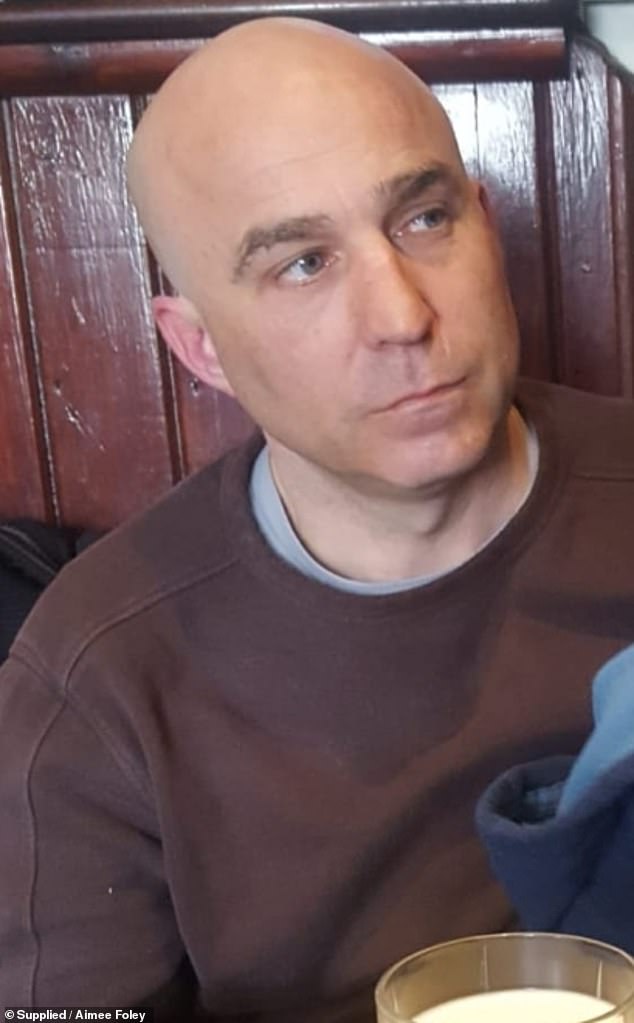 Aimee’s father Mike O’Donoghue, 44, had his prison sentence doubled to almost 10 years later month after he plead guilty to 31 counts of sexual abuse 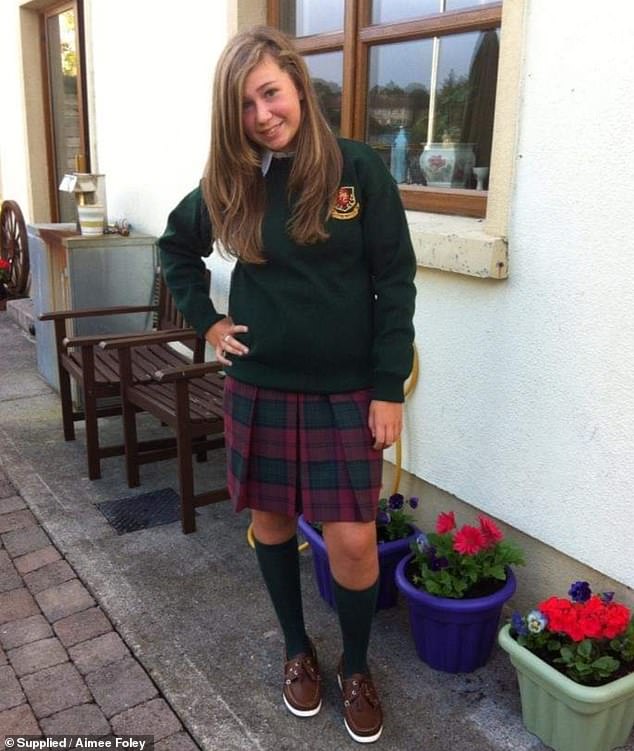 Aimee pictured on her first day of school at the age of 12, around the time her father first sexually abused her

I always knew that my dad Mike – who worked as a painter and decorator – was a difficult man. But that didn’t mean I didn’t love him.

My mum Camille, 40, and him split up four weeks before I was born and after taking her to court when I was a toddler, he was granted one-hour visits with me.

But in 2001, he moved to in Ballinasloe, Co Galway, the next county over – meaning I then went for overnight stays every other weekend.

My earliest memory with my father was when I was four-years-old. He was trying to teach me how to tie my shoelaces and kept calling me a ‘useless f***er’ and a ‘retard’ because I couldn’t get it right. 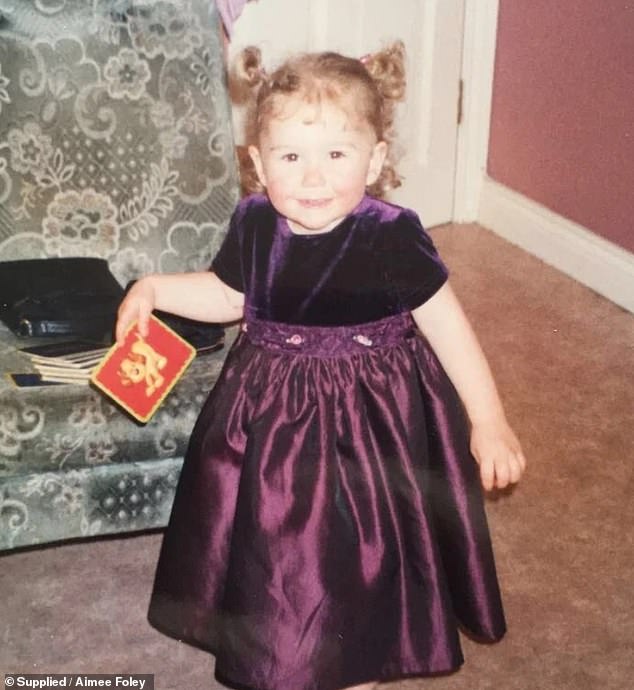 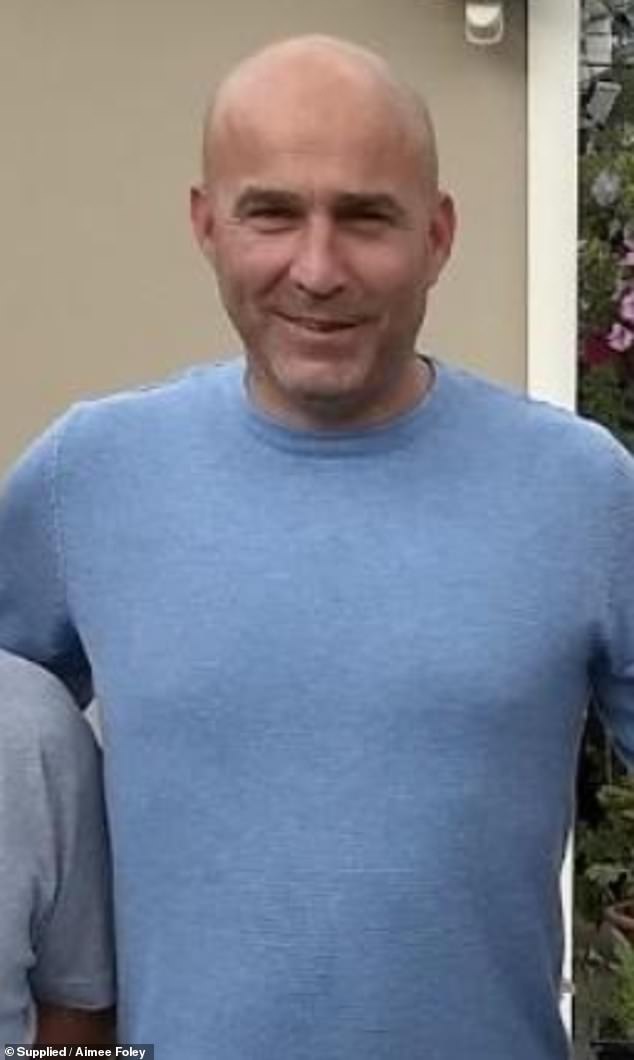 Growing up, he tried to reassure me that no one else loved me like he did, that he would always protect me and that my mother had wanted an abortion because she was only 17 when she fell pregnant, which wasn’t true.

I can see now that he was grooming me into being a person and an object that he could eventually use.

Every time I came back from his house, my mum says it was like I was in some sort of fog. I was too young to understand it but I can see now that he was trying to turn me against her.

In late 2013, he picked me up from his parents’ house in Ennisymon on a Friday as usual and we embarked on the 90 minute drive to his house.

It didn’t ring alarm bells because I thought this was just like the sex-ed conversations you have in school – I assumed everyone was speaking with their parents about this stuff.

The following night, he gave my first drink – but I didn’t like white wine much so he swapped it to Paddy’s Irish whiskey.

The thing that’ll haunt me forever is how the girls in the video looked just like me but just slightly older.

After that, I told him I wanted to go to bed. But as I got up to leave, he said he’d sleep next to me in case I went ‘green’ from the combination of cannabis and booze.

Then when we got into my room, he warned me he could be ‘handsy’ when he’d been drinking.

About 10 minutes later, he started groping me from behind in the bed. I kept telling him, ‘Mike – stop. Mike – stop.’ 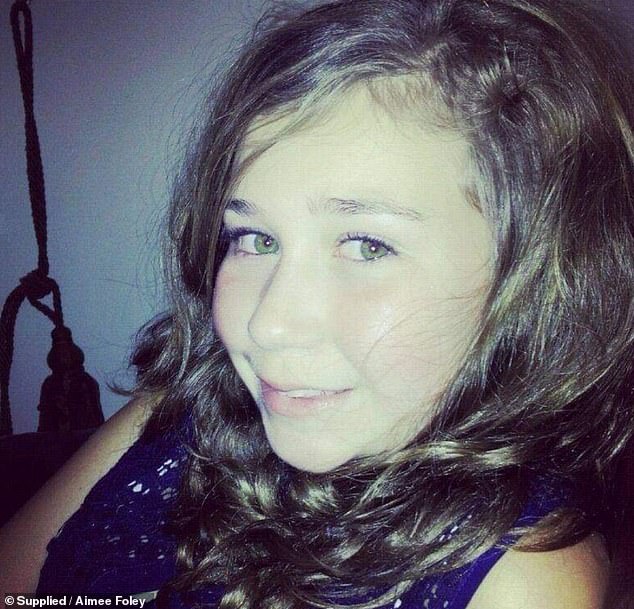 When that didn’t work, I yelled: ‘Dad, stop.’ That only made it worse.

I somehow managed to stumble out of the bedroom and into another. After that night, he would sexually or physically abuse me during every visit. Although he’d once banned me from having £5 Primark leggings, my dad would now turn a blind eye when I wore them.

On 23rd December 2016, my dad brought me to his new home – which he now shared with his wife and sons – for Christmas.

That evening, we were in the house alone and he asked me to help him do some decorating.

I was playing music from my laptop and he was pouring us triple G&Ts as we painted the kitchen. I became so intoxicated and high from smoking weed that I passed out on the table. He took me to my bedroom and then left. 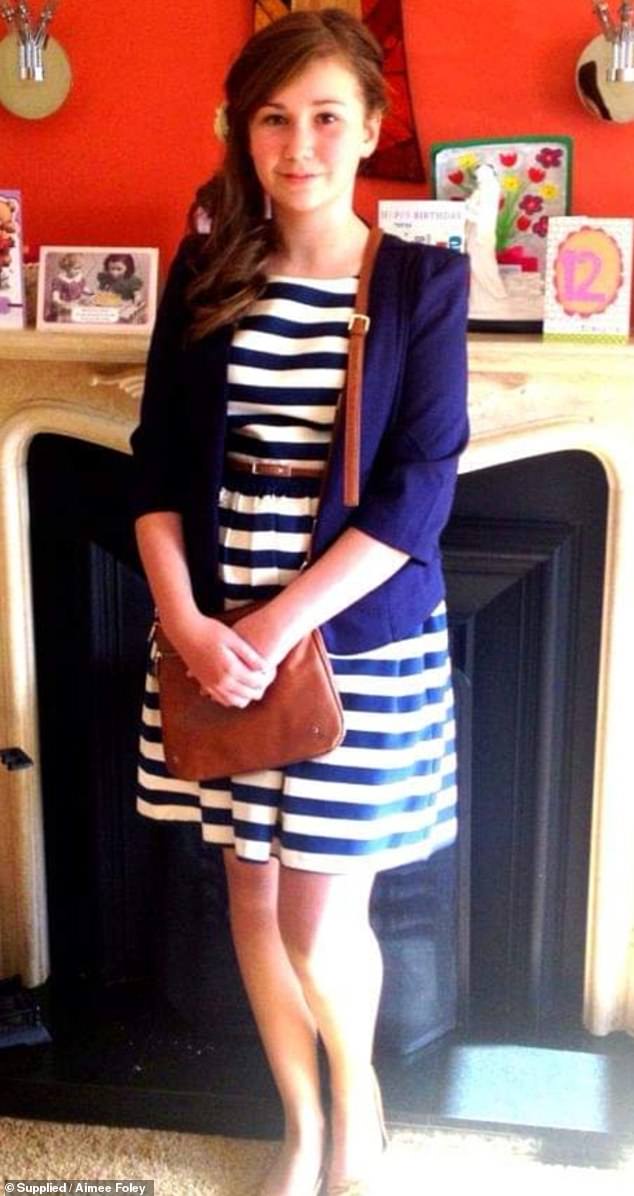 Aimee pictured at the age of 15, just 16 days before her father Mike raped her at his home in Ballinasloe, Co Galway

As I’d had so much to drink, things got a little blurry after that. I threw up in my hair and started walking around the house looking for somewhere to sleep.

My dad came searching for me when he smelt the vomit and claims he found me naked in another bed. That’s when he raped me.

I was passed out at the time but the pain I felt made me aware that something wasn’t right. I was eventually able to make a sound which prompted him to stop.

I contorted my body towards the wall which then made him leave the room. I passed out again.

The next morning, he told me I had made sexual advances onto him by rubbing my nose against his neck.

He told me: ‘I just couldn’t help myself’.

On the drive over to a relatives’ house for Christmas, I looked him in the eye and said: ‘I don’t know what happened last night, but it can never happen again.’

But the sexual abuse stopped for all of four weeks before it picked up again.

Whenever people ask me why I didn’t speak out sooner, I tell them that the brain is an amazing thing. I blocked out the memories I wasn’t able to cope with.

It was only when I was studying Music at Maynooth University that the events of that night started coming back to me in flashbacks. I’d be assaulted in a nightclub on fresher’s week and it made me remember the sensation of something I couldn’t quite place.

In November, my dad questioned whether I’d ever lost my virginity with an ex-boyfriend.

He texted: ‘It wasn’t your first time.’

I replied: ‘What do you mean?’

And he replied: ‘Oh, you don’t remember? Don’t worry about it.’

After that, I started getting flashbacks. I confided in a flatmate a few days later.

When I went home for Christmas in 2019, I found the courage to tell my mum, but kept insisting that he was a really good dad.

Even though my mum strongly advised against it, I went to dad’s house for Christmas again that year and he groped me as usual. It made me realise he was conscious of what he was doing. A member of my family reported him to the police that January. 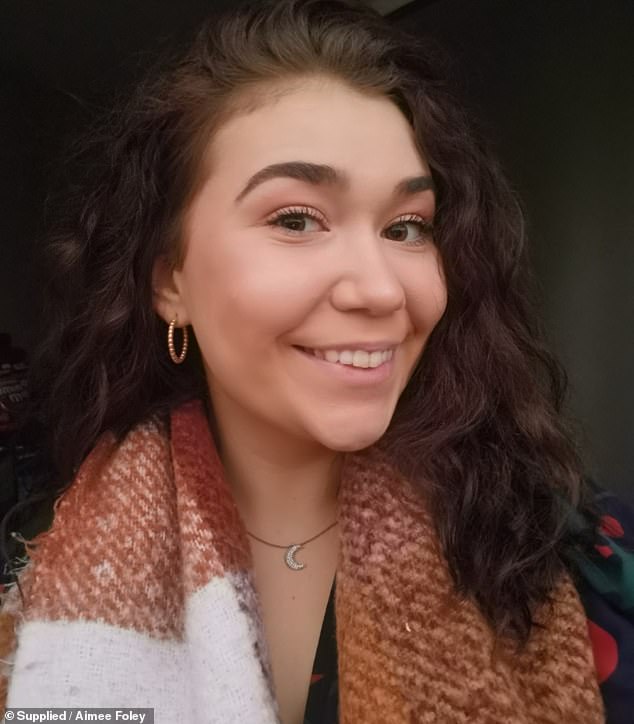 Aimee has shared her story to encourage other victims of sexual abuse to come forward. The aspiring musician said: ‘I do appreciate everyday that I’m one of the lucky ones that has been done right by the system after they initially got it wrong.’

At first, Dad denied everything. But in February 2020, he handed himself in and said: ‘I’ll make it easy for you boys. I did it. I sexually assaulted my daughter and I recorded it on my phone.’

People might think it was a relief to hear him confess but I know that he was just doing it because Irish law is more forgiving on those who plead guilty.

When he was sentenced to just five years in prison in December 2021, it was like a cloud of ash had descended on me. He only looked at me once during the court case to smirk and then wouldn’t meet my eye again.

After hearing the judge’s verdict, I ran out of the room and considered throwing myself down the four flights of stairs in front of me. It felt like the whole thing had been worthless.

Fortunately, the DPP agreed me that the judge had been too lenient and after an appeal, my dad’s sentence was almost doubled to 10 years. The sentence will never be what it should be but it’s better than anyone expected.

I have good days and bad days in the aftermath of it all. I would still love to study music and started writing songs to get me through the case.

I do appreciate everyday that I’m one of the lucky ones that has been done right by the system after they initially got it wrong.

Everyone uses the word rape as if there’s nothing behind it. But it’s so prominent in both England and Ireland and there needs to be accountability held for that. At the end of the day, this could happen to anyone – a child, a man, a woman.

We need a place where we feel safe and that healing is a priority. I prefer being called a survivor but at the end of the day, I am a victim of this.

If you’ve been affected by any of the issues in Aimee’s story, Women’s Aid provides free and confidential support.