A video posted online shows the shocking moment a young woman plows her car into a group of teenagers on a New York City street just moments after the angry mob was seen beating a man described as her boyfriend.

The footage taken from across the street from where the attack on the man takes place shows several youths running and yelling as chaos begins.

The man is seen trying to dodge the mob and running around a parked green car where the teens begin to brutally beat him. 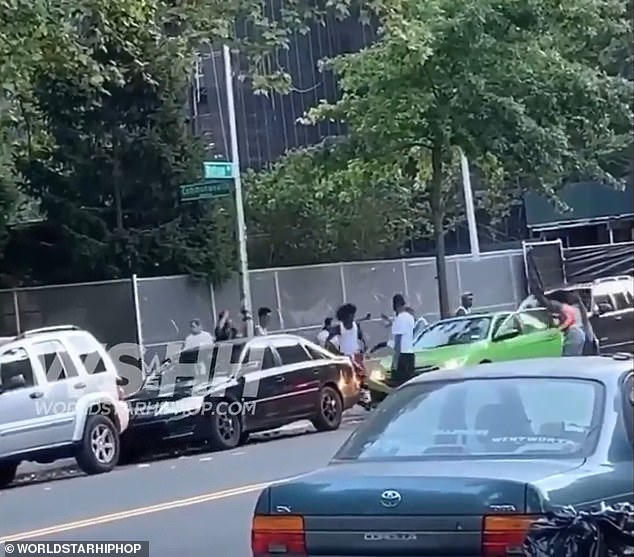 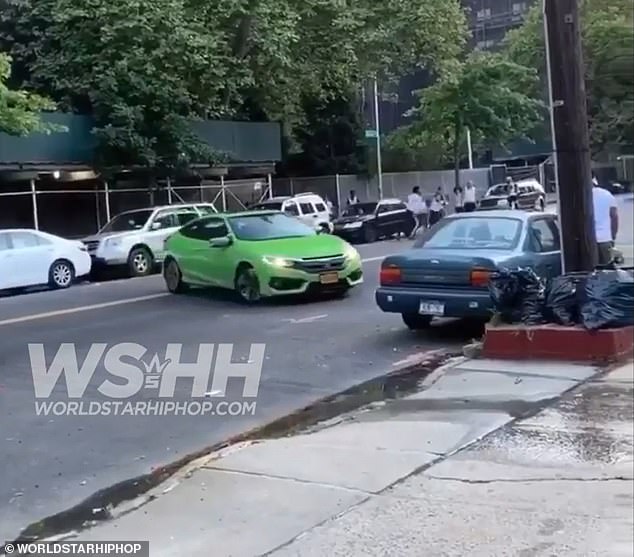 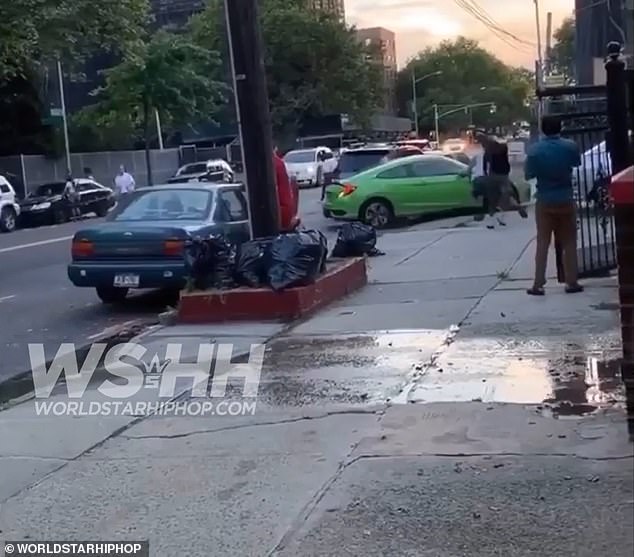 The footage then shows the car plowing through members of the mob, as well as the man

At the same time, a woman in a red shirt can be seen holding her hands on her head, seemingly panicked.

That’s when the woman jumps into the the green car, pulls around and plows the vehicle into the crowd.

The incident involved at least eight to 10 youths who were attacking the woman, boyfriend and another female, reported WorldStarHipHop.

It was not clear from the footage if anyone was seriously injured.

An NYPD spokesperson was not immediately available to say whether cops received a call about the incident when DailyMail.com reached out. 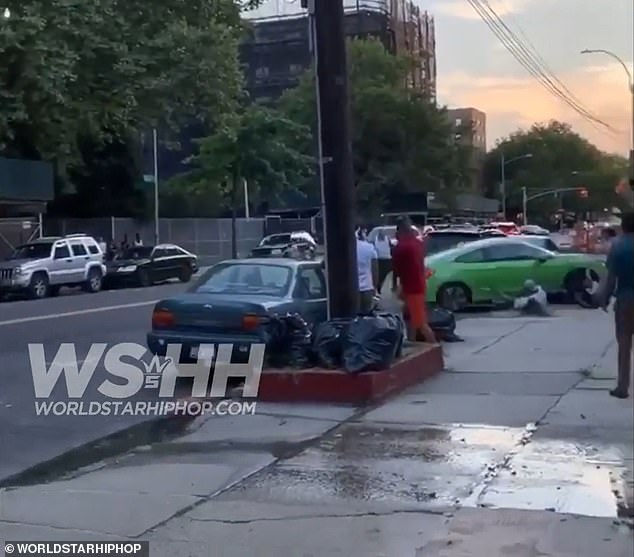 The man is pictured on the ground after he was struck 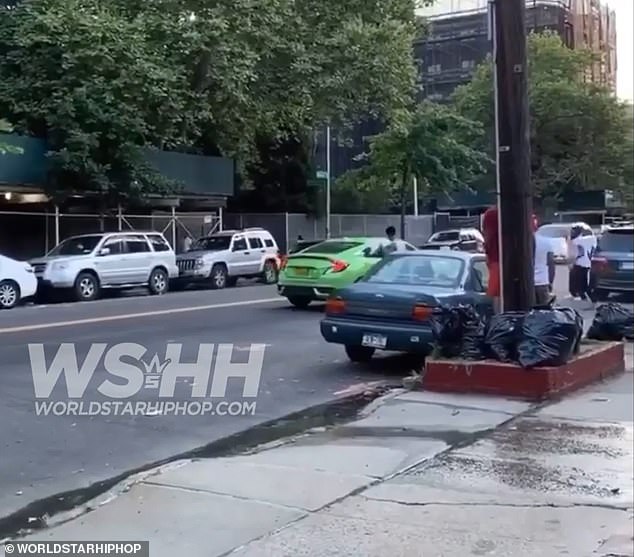 The car is later seen speeding away from the scene