A woman left paralysed after being ‘catapulted’ from her bed during sex has lost a High Court bid for seven-figure damages against the bed supplier.

Claire Busby, of Maidenhead, Berkshire, suffered a serious injury to her spine when she fell from the super king size double divan as she shifted her position during sex with lover John Marshall.

The 46-year-old claimed the bed was in a ‘defective state’ at the time of her accident and brought legal action against Berkshire Bed Company, trading as Beds Are Uzzz, which supplied it.

But, rejecting her case, Judge Barry Cotter found the bed was ‘not defective’ and that Ms Busby’s fall was a ‘tragic accident’.

He said the accident ‘required a most unfortunate and unusual combination of positioning on the bed and movement which I do not believe would have been foreseeable by any reasonable person prior to the incident.’

Speaking after the case, Richard Manders, director of Berkshire Bed Company, said: ‘We are delighted the court has ruled in our favour. We are sorry that Ms Busby was injured and we wish her and her family well for the future.’ 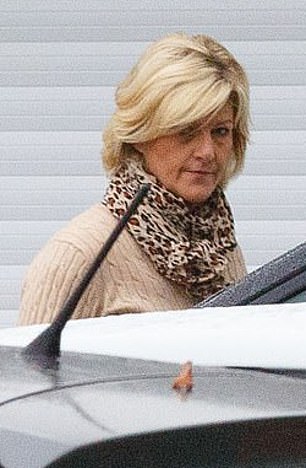 Ms Busby was in bed with her lover John Marshall (left) at the time of the accident. He had split from Sue (right), his wife of almost 20 years, just days before

During the court case, the court heard the bed was one of five delivered to Ms Busby’s then home, Rosewood House in Ockwells Road, in August 2013 when she was renovating the property.

Ms Busby, who used to work in the property sector, was injured a week after the bed’s delivery while having sex with her then partner John Marshall.

She told the court she was kneeling in the middle of the bed performing a sex act when she decided to move position and ‘swung her legs’ from underneath her, before laying back on the bed with her head towards the bottom end.

At that point, she claims, the bed gave way and she toppled off the end, landing on her head.

She said: ‘I spun around, I put my hand down and then I felt like I was catapulted off the back of the bed.

‘My head hit the floor, I fell to the side and then I heard like a spring in my body snap, it felt like.’ 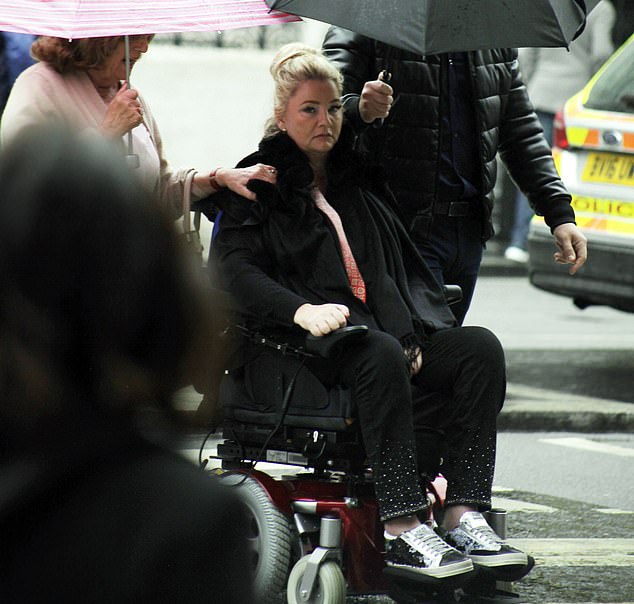 Ms Busby said she toppled off the bed while changing position during sex. A judge found it was ‘a simple accident’ and rejected her claim for damages

Ms Busby alleged that the two divans which made up the base of the bed were not properly fastened together and two ‘gliders’ – or feet – were missing from the end of the bed, creating a height difference between one end and the other.

Her barrister Winston Hunter QC said she expected the mattress to support her weight as she lay back on the bed, but that it failed to and she continued moving ‘backwards and downwards’. 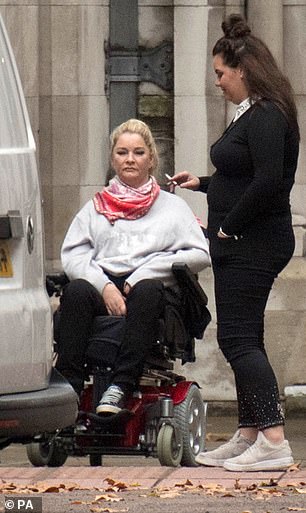 Mr Marshall told London’s High Court that at first he thought the accident was funny, but he realised the seriousness of what happened when Ms Busby couldn’t get up from the bedroom floor at her Surrey home.

Mr Marshall had been married to wife Sue, 48, for almost two decades and they had been officially split for a matter of days when he began a relationship with Ms Busby after meeting her in Spain.

The court heard that their relationship ‘took off’ after they went to the Chelsea Flower Show together, an event which ran between May 21 and May 25 in 2013.

However Mr Marshall insists that he and Ms Busby were not in a sexual relationship before he separated from Sue.

Speaking to The Sun newspaper after the case was reported, Ms Busby’s former husband Neil Bulmer, 51, called her ‘obsessed with money’ and questioned her compensation claim.

He said: ‘Claire was sex mad when we were together but I can’t believe she’s trying to blame the bed.’

Lawyers for the bed company argued it was properly assembled at the time of delivery and that, even if the two gliders were missing by the time of the accident, that would not have caused the bed to lose balance in the way suggested by Ms Busby. 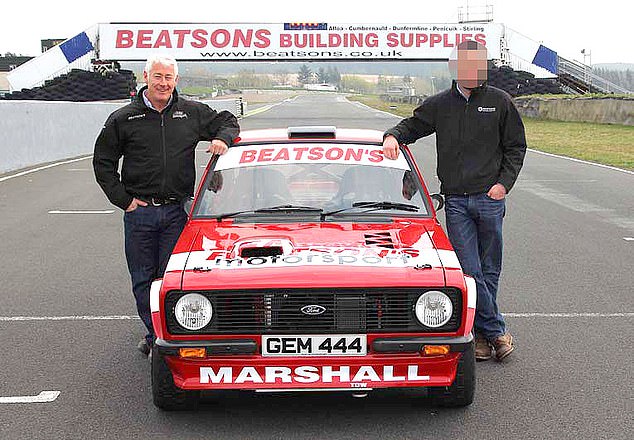