Woman who ordered more than $1,600 in Girl Scout cookies for her daughter’s troop is arrested

Cookie monster! Woman who ordered more than $1,600 worth of treats from her daughter’s Girl Scout troop is arrested after ‘she refused to pay the bill and kept them for herself’

Noel Hines, 31, allegedly ordered $1,600 worth of Girl Scout Cookies, about 400 boxes, but is refusing to pay for her purchase

A woman from Ohio was caught with her hand in the cookie jar, literally.

Noel Hines, 31, allegedly accepted a large order for Girl Scout cookies to sell for her daughter’s Girl Scout troop in March but when it came time for the bill to be paid, the Girls Scouts of Western Ohio claim they never received any payment.

Girl Scout officials and police say they then tried to contact Hines several times over a period of six months but were never successful at reaching her in order to retrieve the $1,600 that they were owed.

Earlier this week Hines was arrested for unrelated charges and charged with theft at the North College Hill Mayor’s court.

The cookies According to the Girl Scouts of America’s cookie manual are $4 dollars each — making Hines responsible for around 400 boxes of cookies from her daughter’s local troop. 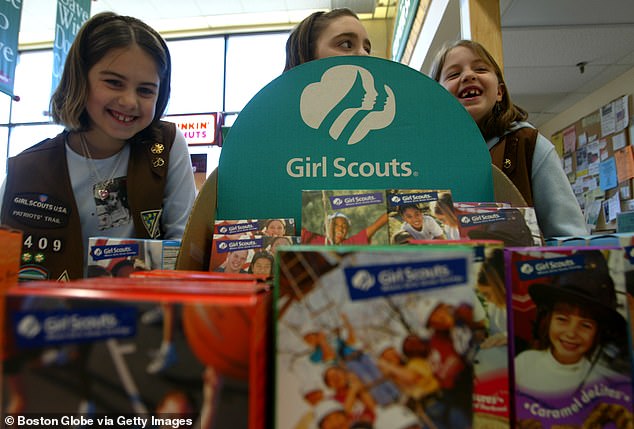 Following ‘multiple’ attempts over the past six months to contact Hines about the Girl Scout cookies, authorities filed theft charges against the woman (file photo)

The Girl Scouts of Western Ohio said situations regarding theft in their troop are ‘infrequent’ and ‘unfortunate.’

‘When we have evidence that an adult misuses troop funds, we pursue vigorously and, when appropriate, contact law enforcement to recover as much money for the troop as possible. This is not something we take lightly,’ the company said in a statement.

Hines was arraigned and is scheduled to appear in court on November 28.