A woman who was jailed for attempting to stab her ex-husband revealed she intends to kill him upon her release from prison, a court has heard.

Carol Ann Hall, 44, was found guilty one count of aggravated attempting to cause serious harm with intent when she tried to stab her ex-husband Stephen Hall as he sat in his car.

On Christmas Eve, 2017, Hall hid a steak knife in bit of paper and attacked Mr Hall when he arrived to pick up their child, The Advertiser reported.

A court has heard Carol Ann Hall intends on killing her ex-husband upon her release from jail for attempting to stab him on Christmas Eve, 2017 (stock image)

Mr Hall managed to grab the blade of the knife and stop the attempted stabbing.

Hall was found guilty at District Court of South Australia and remains behind bars awaiting sentencing.

‘In his victim impact statement, Mr Hall said he ‘hoped that something good might come from this’ and that Hall ‘receives some treatment’,’ Mr Pearce said.

‘He is not timid, he is no ‘Nervous Nellie’, but now that he’s been advised of her comments he says he’s prepared to sell up his business and move himself and his daughter away.

‘It’s quite dramatic, and quite amazing, that he’s prepared to basically up stumps if needed. Their protection, and that of the community, must be of paramount consideration.’

After her arrest Hall told police she kept knives hidden around the house in ‘handy’ spots because she knew the day would come when she would ‘snap’.

Her lawyers argued Hall’s threats, lack of remorse and refusal to admit guilt, did not constitute a desire to ‘finish off’ her husband.

Judge Muscat said all the evidence presented to the court indicated Mr Hall was still ‘at serious risk of serious harm from her’.

Hall will be sentenced next month but Judge Muscat conceded sentencing would be a complicated prospect given the new information. 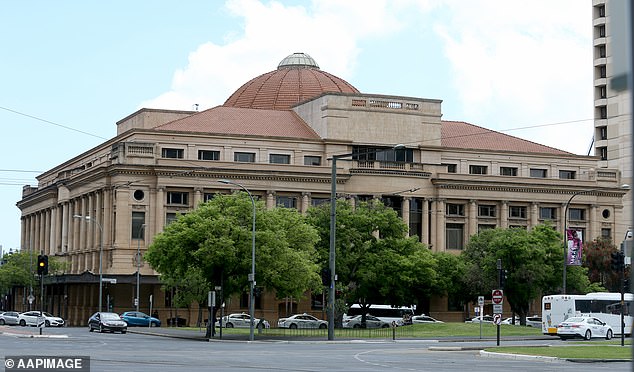