Woman’s cancer ate away her ribs like ‘a caterpillar’

A businesswoman who saw her GPs 20 times and was only sent to hospital after she threatened to complain was later diagnosed with stage-three lung cancer.

In February 2012, Catherine Cook, 55, from Suffolk, began experiencing tight pains in her chest and shoulder, which intensified over the next six months.

By June that year, the discomfort was agonising and left her ‘basically addicted to painkillers.’ After multiple visits to the doctor, the mother-of-two was finally referred to a hospital in August.

She was later diagnosed with her ‘death sentence’ – a 4x5cm Pancoast tumour on her right lung – in December, with doctors saying the tumour, which ate away her ribs like ‘a caterpillar’, was too near her spine to operate on.

Ms Cook, a students letting manager, was even advised to have a ‘final’ Valentine’s Day meal with her boyfriend Ian Land, now 44.

Yet, after being referred to a renowned surgeon by her doctor son-in-law, Ms Cook had three ribs and half of her lung removed in February 2013.

Now in remission five years later, Ms Cook, who believes her five-a-day 40-year smoking habit caused her illness, said: ‘I never thought I’d be here today. Amazingly and against all the odds, here I am.’

She is speaking out to raise money for Cancer Research UK and encourage others to get involved in fundraising.

Catherine Cook (with her boyfriend Ian Land), who saw her GPs 20 times and was only sent to hospital after she threatened to complain, was diagnosed with stage-three lung cancer 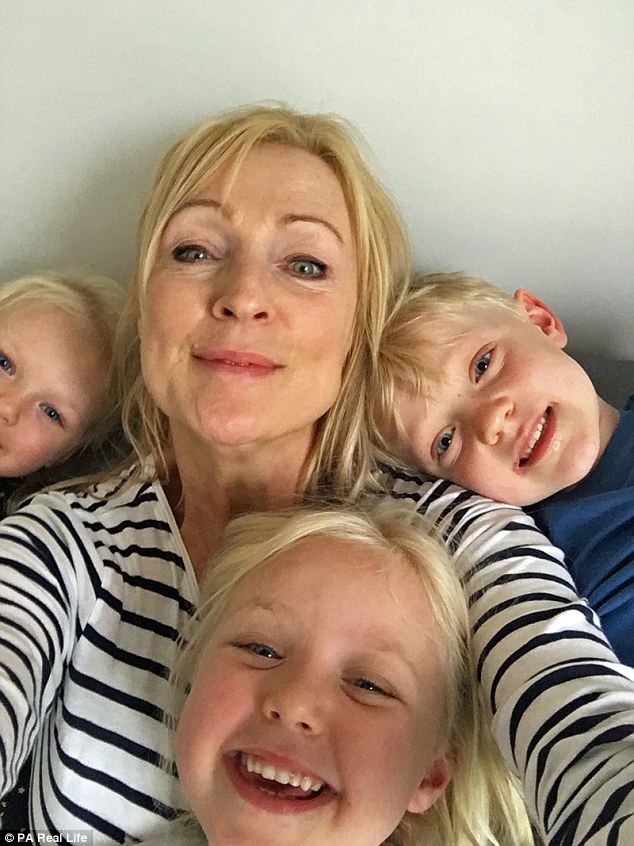 In February 2012, Ms Cook (pictured with her grandchildren) began experiencing agonising tight pains in her chest and shoulder, which intensified over the next six months 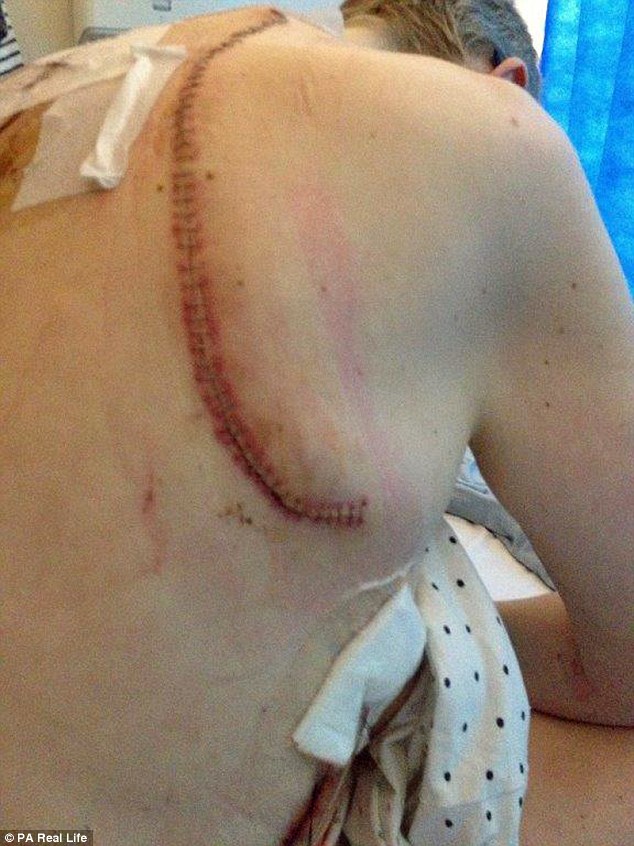 After her diagnosis, she had three ribs and half of her right lung removed in February 2013

WHAT IS A PANCOAST TUMOUR?

A pancoast tumour is a type of cancer that starts at the top of the lung.

It usually develops from cells that line the airways.

Pancoast tumours make up less than five in every 100 lung cancer cases.

They typically spread to the top ribs, blood vessels that supply the arms and nerves in the top of the chest or close to the spinal cord.

Due to such tumours being at the top of the lungs, they may put pressure on nerves that run from the upper chest to the neck and arms.

Symptoms can therefore include:

Treatment depends on the cancer’s size and position, as well as the patient’s general health.

Chemo and radiotherapy may be used to shrink the tumour, as well as if the cancer has spread.

‘It looked like my ribs had been eaten away’

Speaking of her visits to the doctor, Ms Cook said: ‘I’d been back and forth numerous times, but had not been referred to hospital. By August 2012 I was desperate.

‘I remember going into the surgery and yelling, “If you don’t refer me I’ll call the CPS (Crime Prosecution Service).”

Ms Cook was then sent to Norfolk and Norwich University Hospital, where a scan revealed her tumour.

She said: ‘When the scan came back, it looked like my ribs had been eaten away. It looked like they’d been chewed on by a caterpillar.’

She said: ‘When I found out I was devastated. I just sat and cried.’ 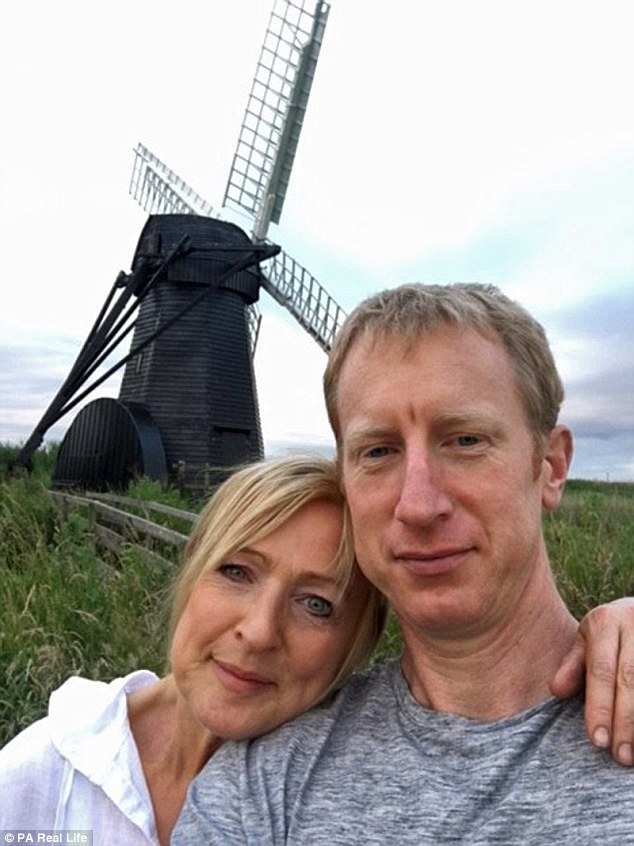 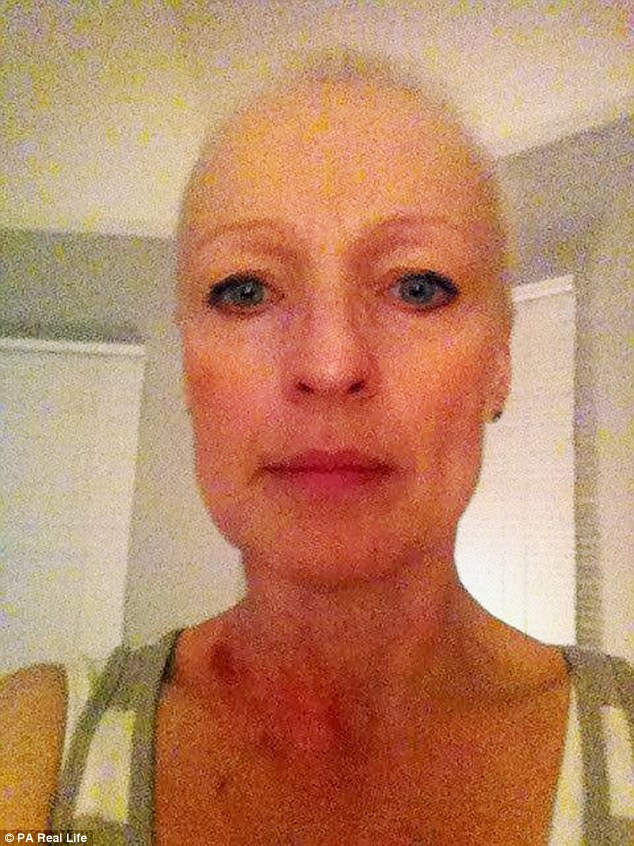 Ms Cook lost her hair during radio and chemotherapy, which did not combat the disease 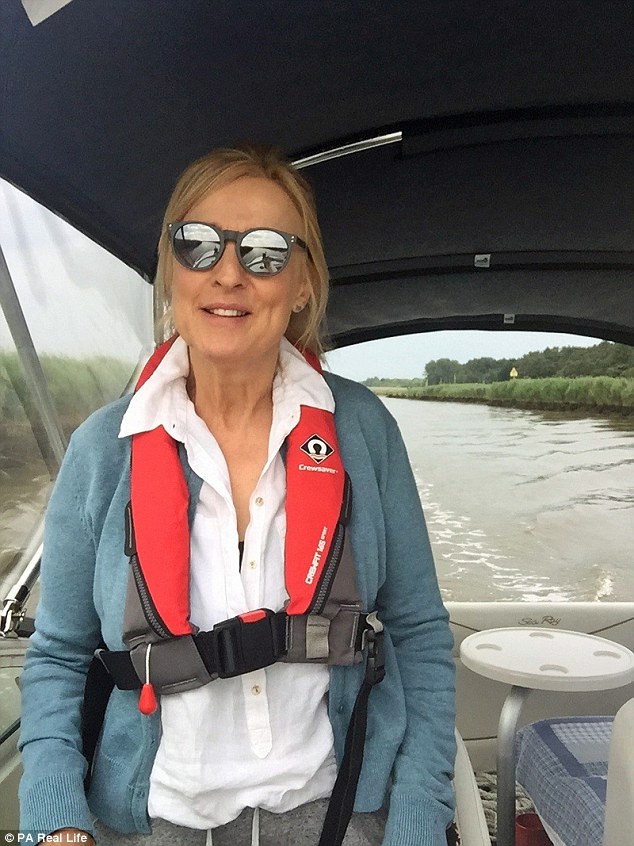 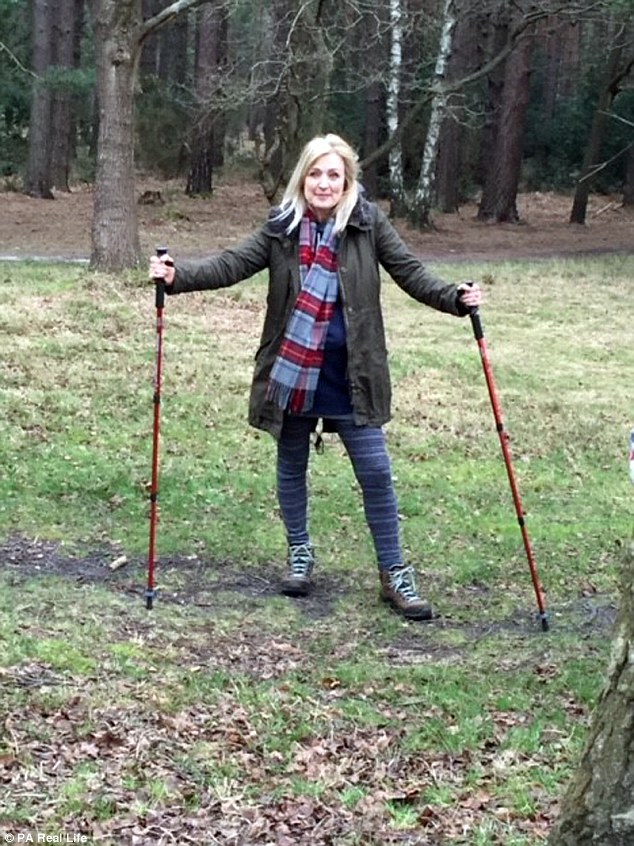 Refusing to accept her ‘death sentence’, Ms Cook’s doctor son-in-law referred her to a surgeon 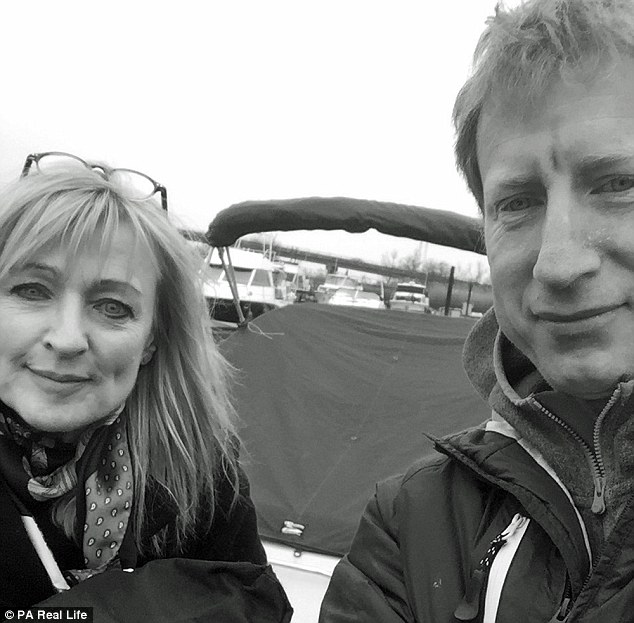 ‘Against all the odds, here I am’

After her diagnosis, Ms Cook underwent radiotherapy and chemotherapy, which caused her to lose her hair, however, these were not enough to beat the disease.

She was then heartbroken to be told surgery was not an option, saying: ‘Hearing that was devastating. I knew I needed the tumour to be cut out, to give me a chance of surviving.’

Yet hope was not lost as Ms Cook’s son-in-law arranged for her to see the renowned surgeon Tom Routledge, from London’s Guy’s and St Thomas’ NHS Foundation Trust, at his private clinic, who she describes as her ‘hero’.

Mr Routledge successfully operated on Ms Cook and, after three weeks in hospital, she was cancer-free and allowed to go home.

Ms Cook said: ‘I went from being told in December 2012 that the cancer was effectively terminal, to having the tumour removed. I still can’t quite believe everything that happened to me.

‘I’m back at work and busy helping to look after my wonderful grandchildren and my rescue dogs Dudley, Tilly and Vince. My life is busy and full and I relish it all.’ 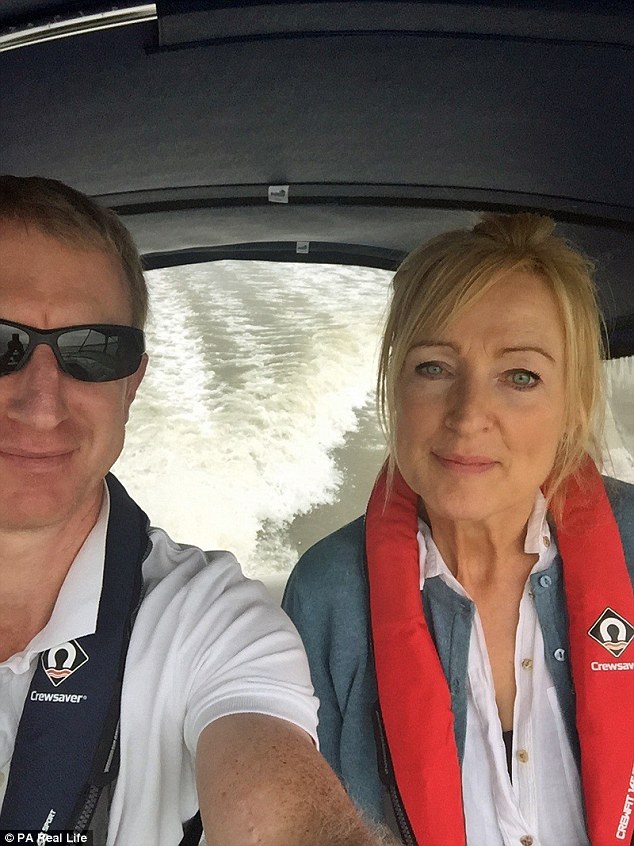 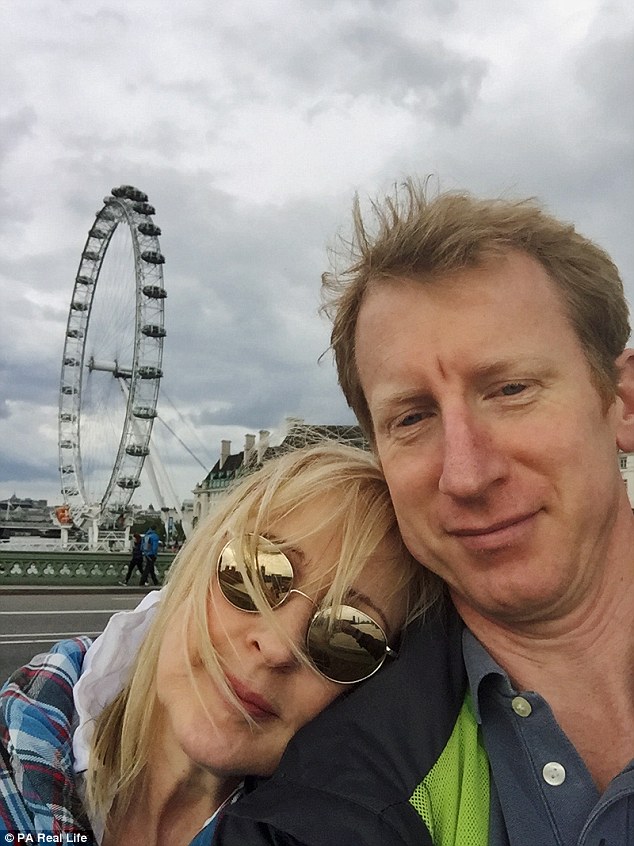 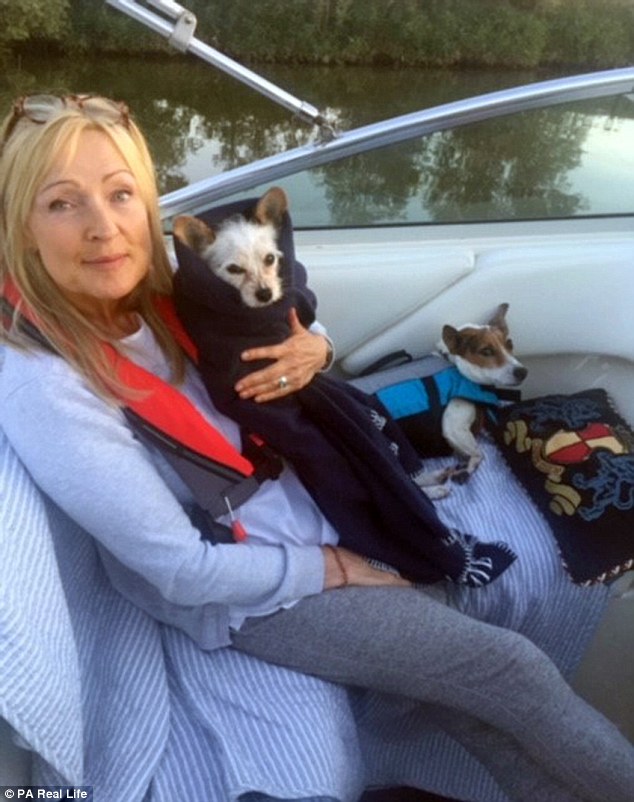 ‘She came with bravery and fortitude’

‘She came through a difficult treatment with bravery and fortitude and it has been a pleasure for me and my team to care for her.’

People can take part in one of more than 300 events across the UK and help beat cancer. 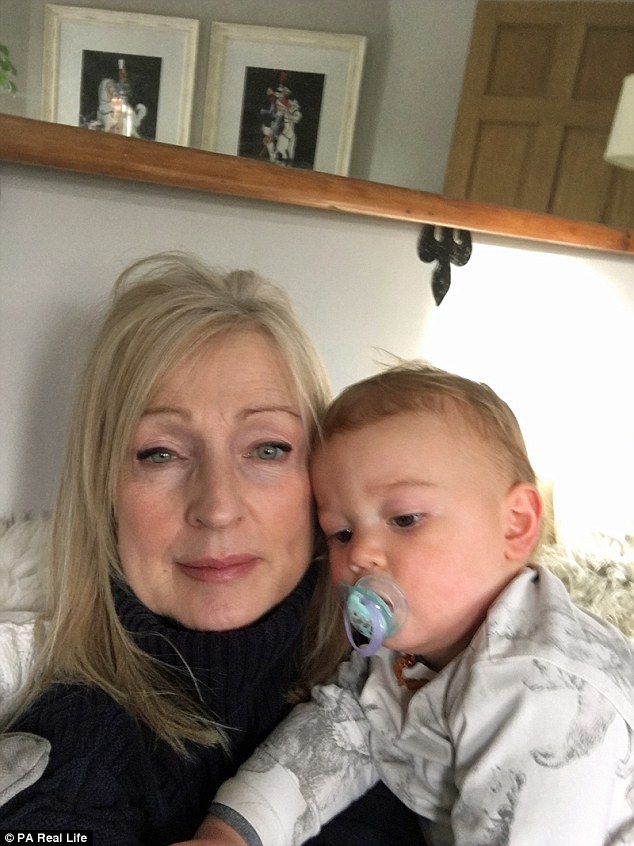 As well as being busy at work, she cares for her ‘wonderful’ grandchildren 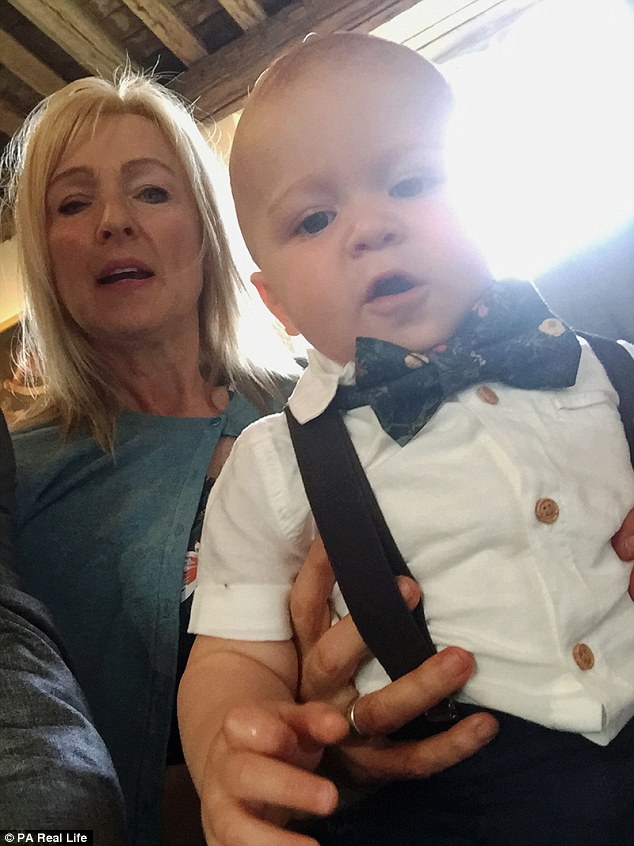