Women are being driven to near suicide due to Essure

Women are being driven to the point of suicide due to the crippling pain caused by the sterilisation device Essure.

Manufactured by Bayer, Essure is a coil implant that works to trigger inflammation in the Fallopian tubes, resulting in the build-up of scar tissue that blocks eggs from reaching the womb.

Yet, in some instances, the device, which is a form of sterilisation, has been accused of puncturing holes in the Fallopian tube, and even becoming dislodged before embedding elsewhere in the body.

Some women also react badly to the devices’ materials, which include nickel and polyester.

Due to the how the coil attaches to the Fallopian tubes, it can only be removed by taking out the oviduct or, in some cases, performing a hysterectomy.

The sale of Essure implants in the EU has been suspended for three months after The National Standards Authority of Ireland said it needed more information before renewing the device’s license. 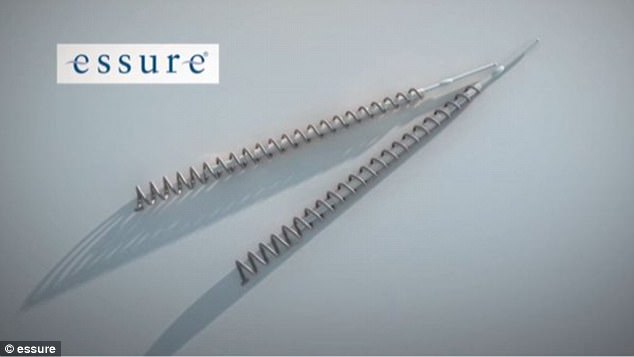 Essure is a permanent birth control procedure that involves inserting a tube into women’s Fallopian tubes.

It is non-hormonal and causes the build-up of scar tissue that prevents eggs from reaching the womb.

Accoding to Essure.com, it is 99.3 percent effective when used as a sole method of contraception.

Vaginal bleeding, abdominal discomfort and cramping are expected after the procedure.

In the US, more than 15,000 women have reported complications to the FDA, including pain, allergic reactions and ‘migration of device’.

Allergic reactions are thought to occur due to the device containing nickel and polyester.

‘It felt like something was killing me from the inside’

Laura Linkson, who was fitted with Essure in 2013, said the pain left her suicidal and feeling like a burden on her family.

Speaking on the BBC’s flagship Victoria Derbyshire programme, she said: ‘I went from being a mum who was doing everything with her children, to a mum that was stuck in bed unable to move without pain, at some points being suicidal.’

Another patient, Victoria Dethier, who was implanted with Essure in 2012, suffered pain for three years before having a hysterectomy to remove the device in 2015.

After the devices’ removal, Ms Dethier says she instantly felt better, with the horrible taste in her mouth easing and her previously lost hair growing back within just 12 months. 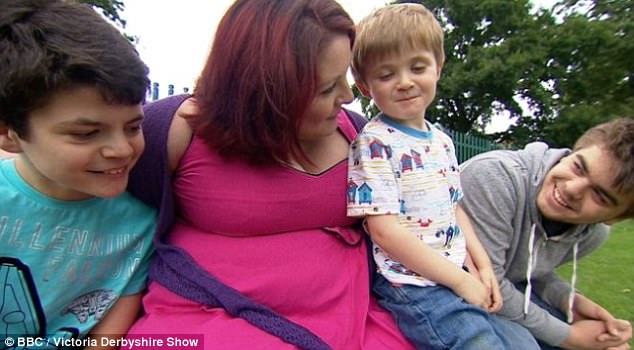 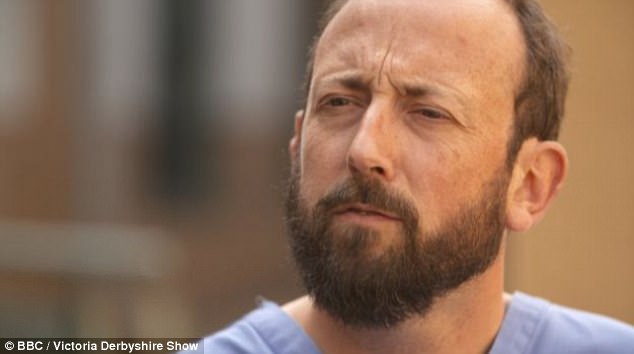 More than 15,000 complication reports in the US

The Medicines & Healthcare Products Regulatory Agency has been criticised for failing to respond to the evidence surrounding the device’s risk.

It also rejected the Victoria Derbyshire show’s Freedom of Information request asking how many women have reported complications.

The NHS does not have figures for the total number of women who have been fitted with Essure or those who have had it removed.

A 2015 study revealed women who have such an implant fitted are 10 times more likely to require follow-up surgery than those who have a traditional sterilisation.

In the US, more than 15,000 women have reported complications to the FDA, including pain, allergic reactions and ‘migration of device’.

Yet, Ben Peyton-Jones, a consultant obstetrician and gynaecologist, said the device may suit women who are not eligible for keyhole surgery, providing the risks are properly explained and the surgeon is sufficiently skilled.

As well as Essure’s sale suspension, hospitals have also been asked by Bayer not to use their existing stocks for the time being, however, this is voluntary and up to each individual trust to make their own decision.

A Bayer spokesperon told MailOnline: ‘Bayer was informed by the Notified Body National Standards Authority of Ireland (NSAI) on August 3rd, 2017 about a temporary suspension of the CE Certificates for Essure for a period of up to 90 days.

‘Bayer has been working with NSAI and providing responses to their queries related to the renewal of the certificates. The temporary suspension of the Essure CE Mark is not related to product safety or quality issues.

‘Not all queries associated with the CE Mark re-certification review were closed out prior to the expiration date of August 3rd, and the NSAI decided not to renew the certificate until all outstanding queries were resolved. Based on this decision, Bayer UK has halted the distribution of the CE marked product from Bayer warehouse.

‘The recommendation to temporarily suspend clinical use does not constitute a recall.

The spokesperson said: ‘The dataset and clinical evidence provided to the NSAI demonstrate a favourable benefit-risk profile for Essure and compliance with the requirements of the Medical Device Directive.

‘Our view on the favourable benefit-risk profile of Essure is supported by a number of Health Authorities, their safety assessment committees, and medical organisations, each concluding that, based on data from clinical, epidemiological and post market studies, literature, and pharmacovigilance, the benefit-risk ratio remains favourable.

‘Patient safety is Bayer’s top priority and Bayer UK stands behind Essure as an option for women who desire permanent birth control.

‘Bayer UK will continue to fully support patients with Essure in place along with Healthcare Professionals who have questions or concerns about the product or who need to report suspected adverse events, suspected quality defects or issues related to usability associated with Essure.’