Woolworths worker is ‘STABBED’ by a female shopper in Ellenbrook Central, Western Australia

Police have arrested a woman after a female staff member was stabbed inside a Woolworths store on Tuesday.

The victim, a woman in her 40s, was rushed to Royal Perth Hospital at around 12.55pm local time in Western Australia (2.55pm Australian east coast time).

The alleged attacker then fled the scene on foot, but was later apprehended by the police.

The incident happened in the pet food aisle of the store, which in now a crime scene.

A female staff member has allegedly been stabbed by a woman in a Woolworths shop in Western Australia. Pictured is a Woolworths storefront

Forensic police officers have put up screens in aisle 14 and are blocking access to it as they gather evidence.

A staff member at a nearby coffee shop, said she did not hear a commotion and was shocked to hear a woman had been stabbed.

‘No one was screaming or crying, we don’t know what happened,’ she told The West Australian.

Police immediately launched an investigation into the incident, which happened at the Ellenbrook Central branch of the supermarket, in the north eastern suburbs of Perth.

Anyone with any information regarding this incident is asked to call Crime Stoppers on 1800 333 000 or report the information online at www.crimestopperswa.com.au. 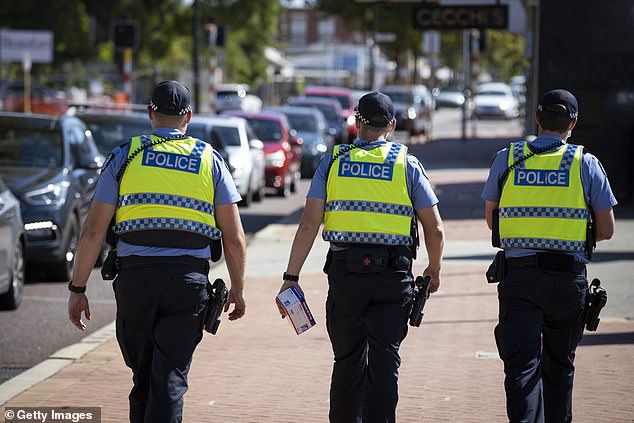 The police would like to speak to anyone who saw a woman running from the shopping precinct around the time of the incident. Pictured are police officers in Perth