Pictured: The world’s first international cable car that will carry passengers between Russia and China over the Amur River

Russia and China are set to be linked by the world’s first-ever international cable car – and brand new renderings reveal what it’ll look like.

The cable car system will transport people over the Amur River between the cities of Blagoveschensk in Russia and Heihe in China.

Each of the system’s four gondolas will have a capacity of 60 passengers, as well as extra space for luggage, and be able to take people between the two countries in just seven and a half minutes. They will leave every 15 minutes.

The two cities already have close links because when the Amur River freezes over in winter, it allows for trade and transport to move between them.

But a cable car system will bring them even close together and Dutch design firm UN Studio has been selected to design the cable car terminal on the Russian side of the river.

The studio says that the terminal on the Russian side will have an elevated viewing platform over the Amur as well as views back towards the city of Blagoveshchensk.

The terminal will also feature a ‘shared urban space’, which will be able to host events and performances, as well as a restaurant and sky garden. 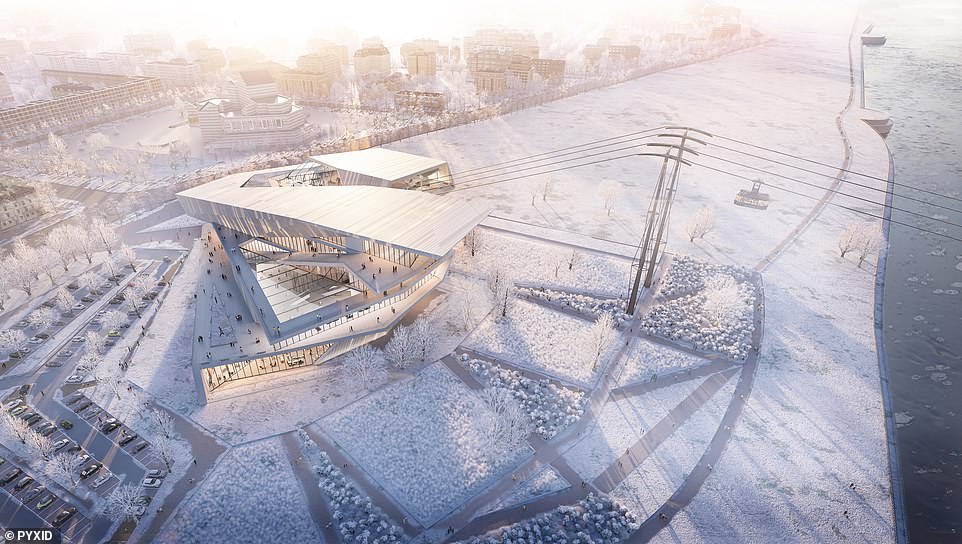 Dutch design firm UN Studio has been selected to design the cable car terminal on the Russian side of the river, pictured

Meanwhile, UN Studio says that the green on the building ‘naturally blends with the park that is proposed for the area between the terminal and river, as well as with the adjacent parking area, which has a green axis that largely hides the parked cars from city views and the boulevard’.

‘Although primarily a pragmatic solution, cable cars are also a very congenial way to travel as they enable us to see and experience our cities in a whole new way. 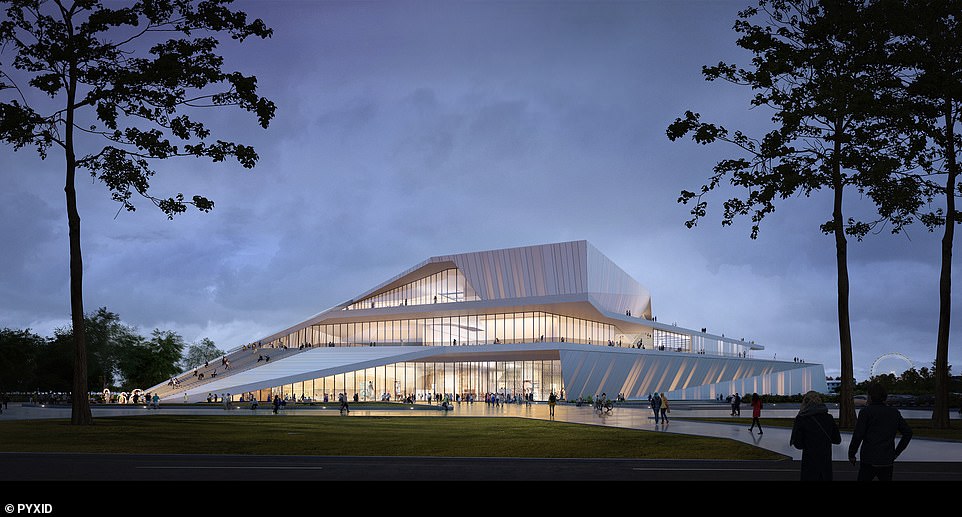 The terminal on the Russian side, pictured, will feature a ‘shared urban space’, which will be able to host events and performances, as well as a restaurant and sky garden

‘As it crosses the natural border of the Amur River, the Blagoveshchensk – Heihe cable car will be the first-ever cable car system to join two countries and cultures.

‘This context provided rich inspiration for the Blagoveshchensk terminal station, which not only responds to its immediate urban location but also becomes an expression of cultural identity and a podium for the intermingling of cultures.’

An architect will soon be chosen to design the cable car terminal for the Chinese side of the river. Work on the project is expected to start next year.