While summer breaks are the result of careful budgeting and compromise for many of us – that’s not the case for everyone.

Some of the world’s wealthiest families from across the globe have taken to Instagram to show just how they splash the cash on their summer holidays.

From expensive champagne and designer blankets while seated on first-class flights to speed boats docked along beautiful coastlines, these snaps reveal the price high-earners are willing to pay for their enviable getaways.

And going by the level of splurging in these pictures, it really is the case of how the other half live!

Stepping out in style! Betting mogul Laurent Correia, 23, from France, and his daughter Chelsea appeared in high spirits as they arrived at an unknown location on a private helicopter 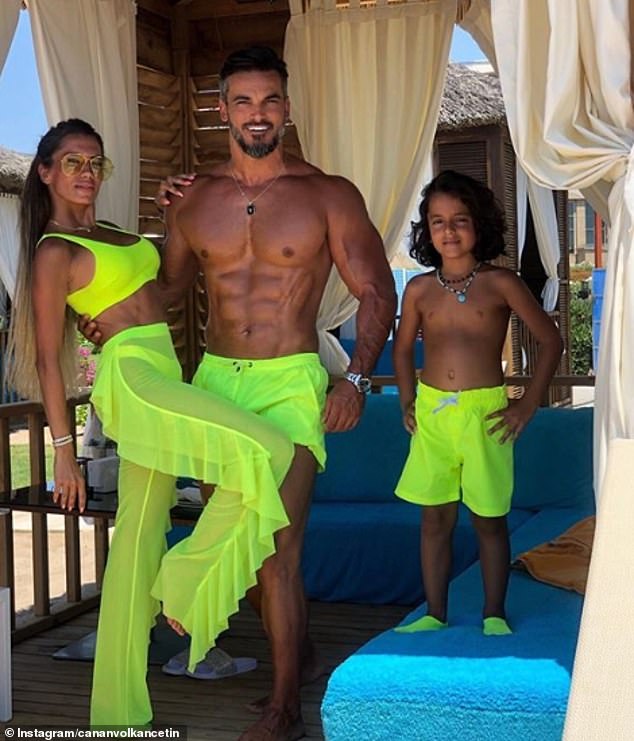 All-neon-everything! Blogger Canan Elvan Çetin, from Turkey, enjoyed a day by the sea at Kaya Palazzo Golf resort with her partner and young son in coordinated outfits 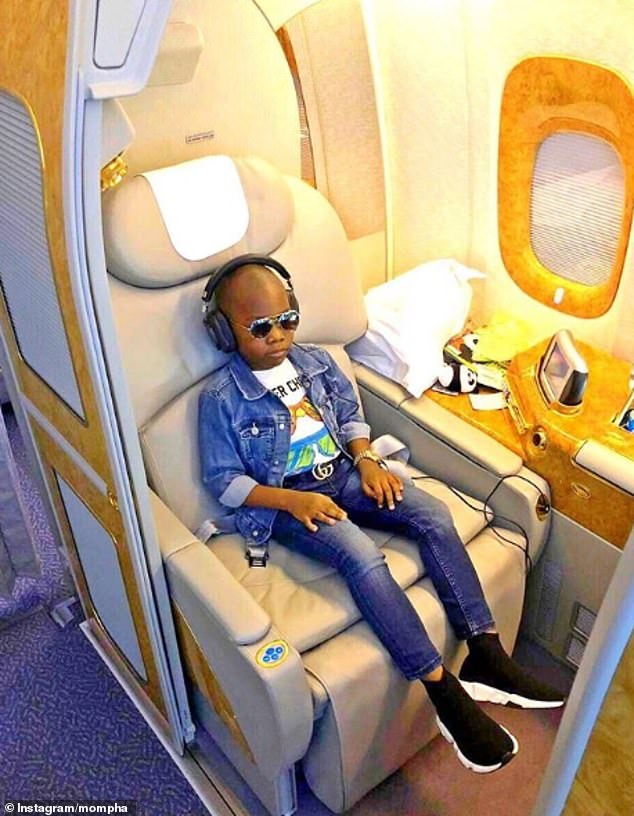 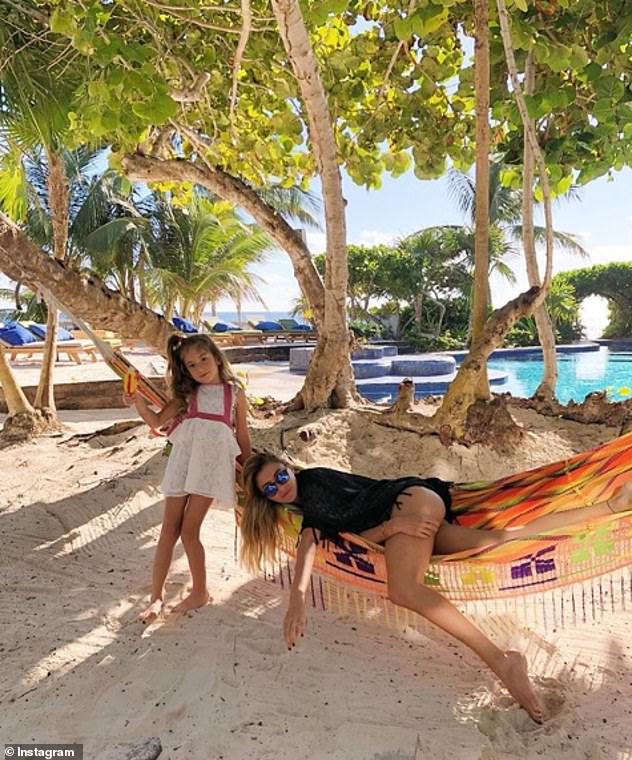 Lazy days hanging around! Actress Seyma Subasi, from Turkey, relaxed in a hammock with her daughter while on holiday in Mexico 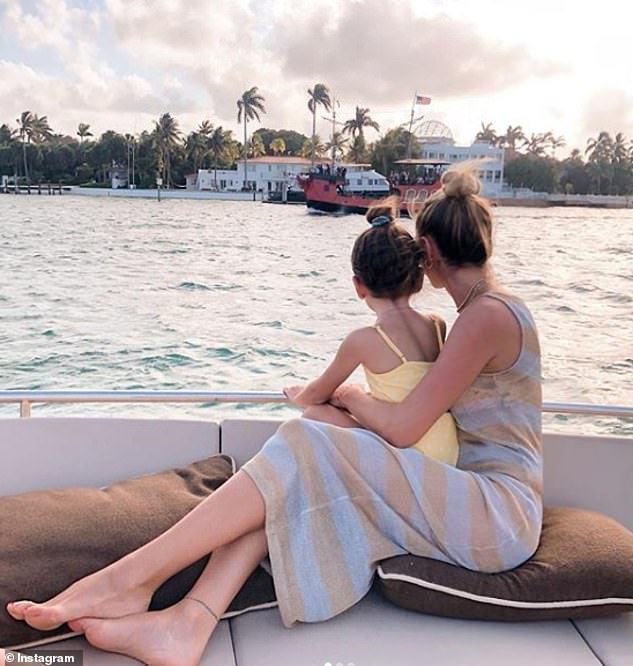 Seyma Subasi, from Turkey,  regularly shares snaps aboard her luxury yacht with her daughter and niece (pictured enjoying a sunset in Miami Beach) 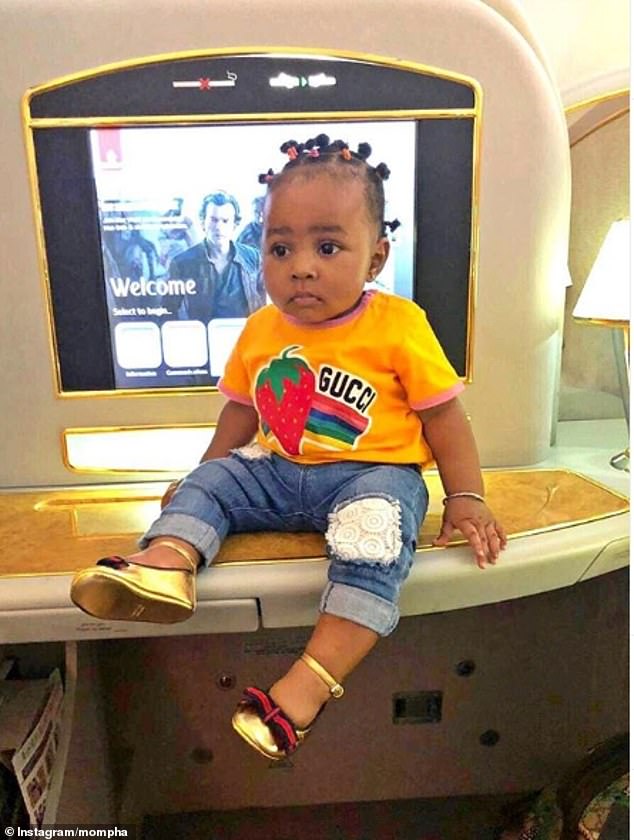 One-year-old daughter of Nigerian socialite Mompha, from Dubai, enjoying the gold-plated first-class cabin on a flight 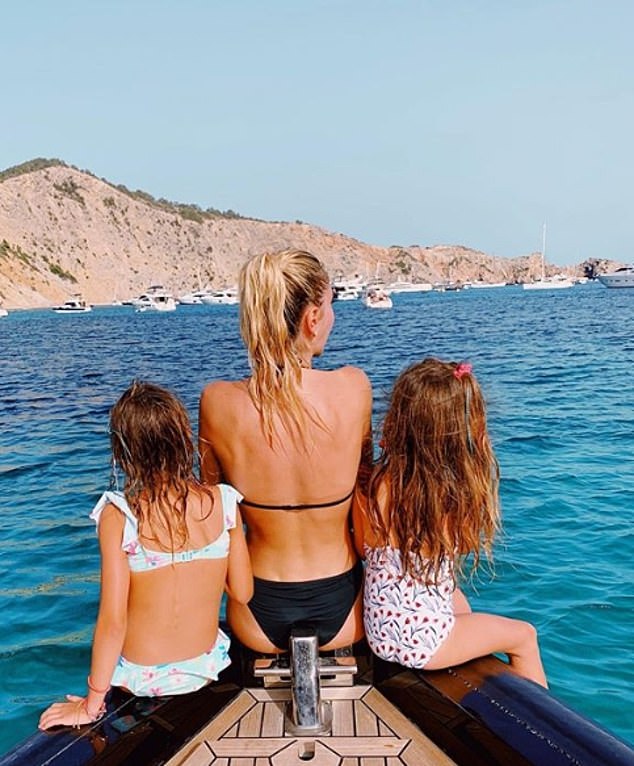 Life on a luxury yacht! Seyma Subasi, from Turkey, enjoyed some summer sun with her daughter and niece while holidaying in Ibiza 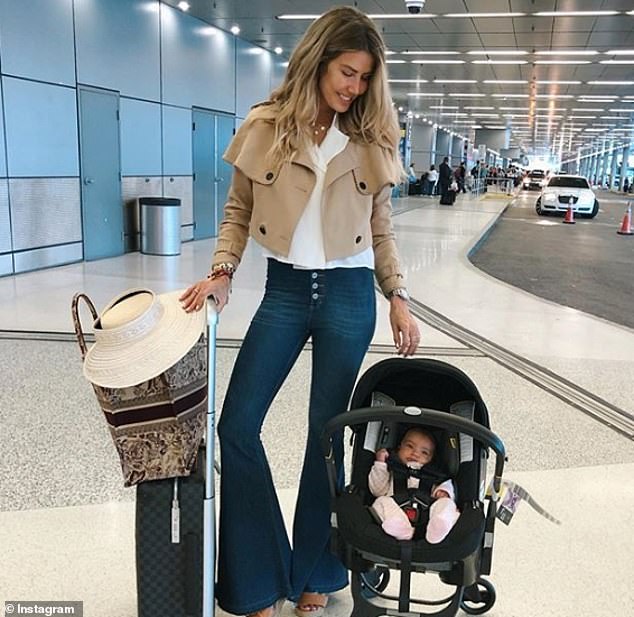 Travelling in style! One mother from Brazil shared this snap as she travelled with her newborn daughter 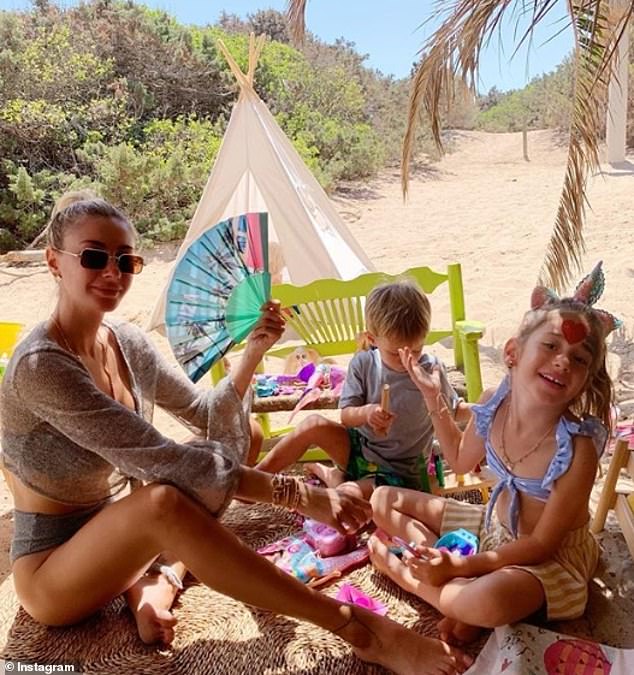 Seyma Subasi, from Turkey, enjoyed a luxury break in Ibiza while enjoying the sunshine with her family 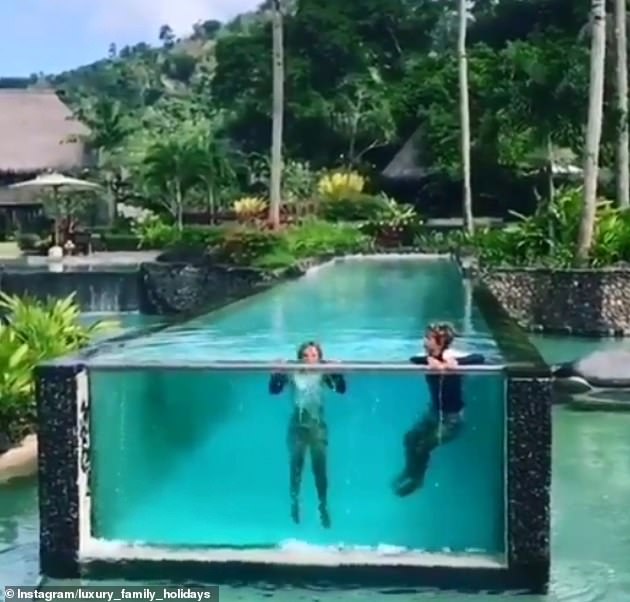 Making a splash! American mother of three Cheryl Sylwester Faillace, from Deer Valley, shared a snap of two of her children swimming around a luxury glass-sided pool while visiting Fiji 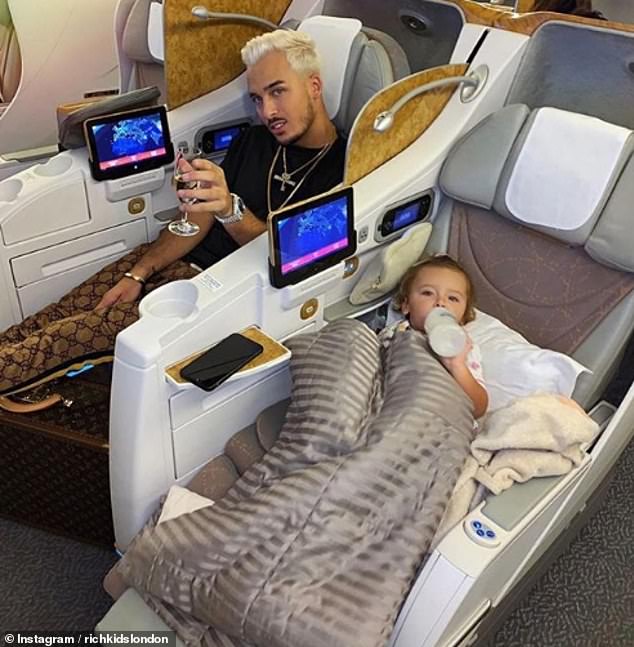 Laid back lifestyle! Betting mogul Laurent, 23, from France, with his daughter Chelsea relaxing under designer blankets on flight setting off from Dubai (pictured) 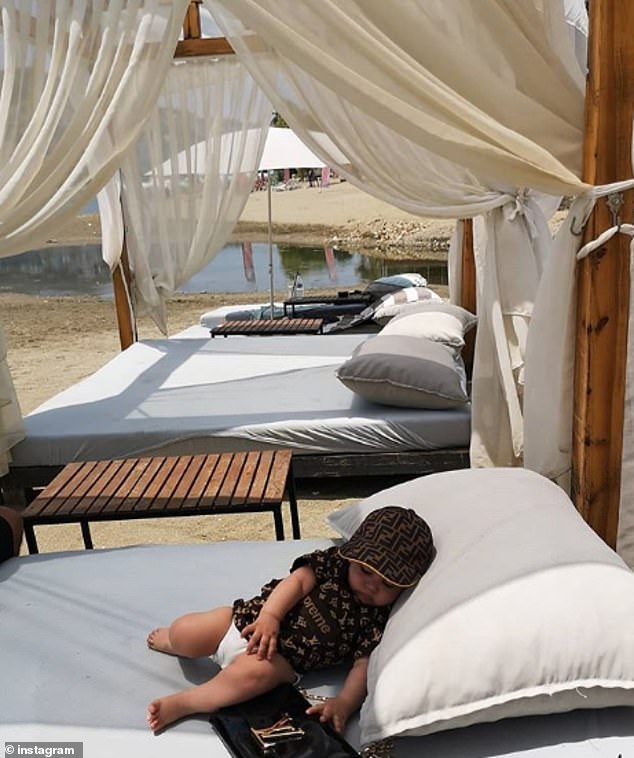 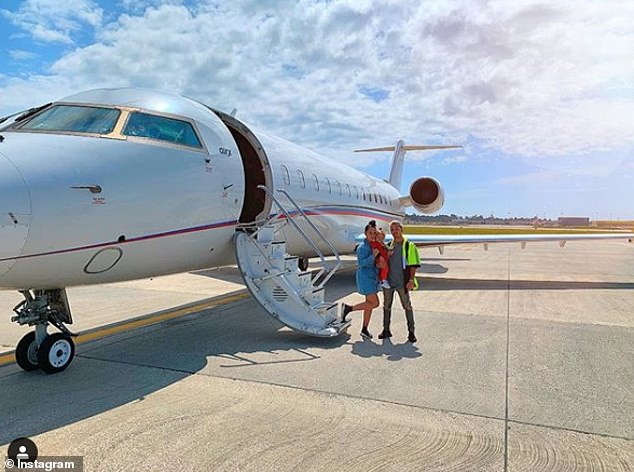 Laurent and Jazz Correia, from France, cuddle up to their daughter Chelsea before jetting off from Porto on a private jet 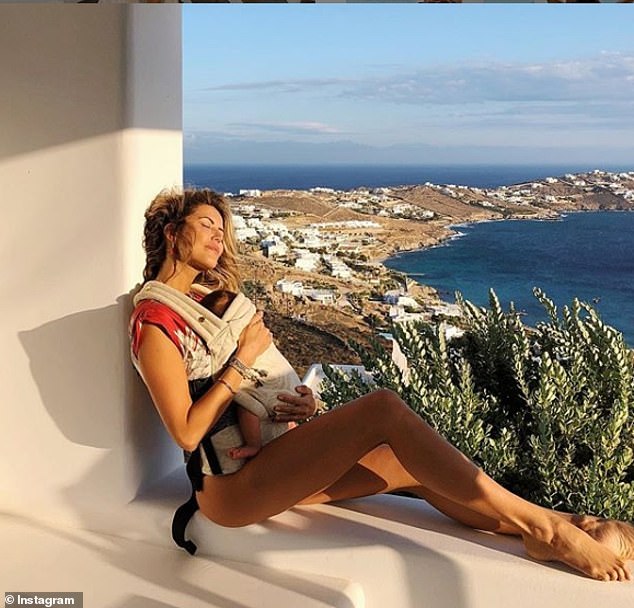 One new mother, from Brazil, lapped up a sunset on a Greek island while enjoying a holiday with her baby 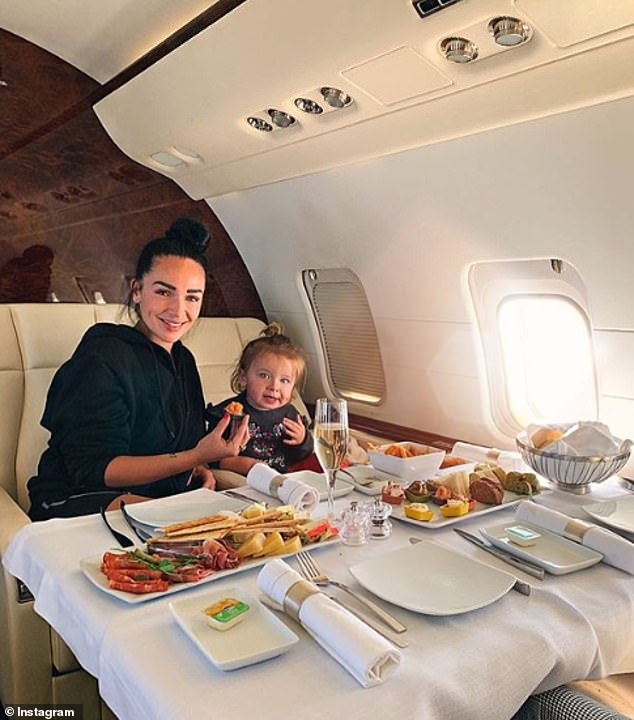 The only way to travel: Reality star Jazz Correia, from France, pictured with her daughter Chelsea as they tuck into a meal in the sky on a private jet 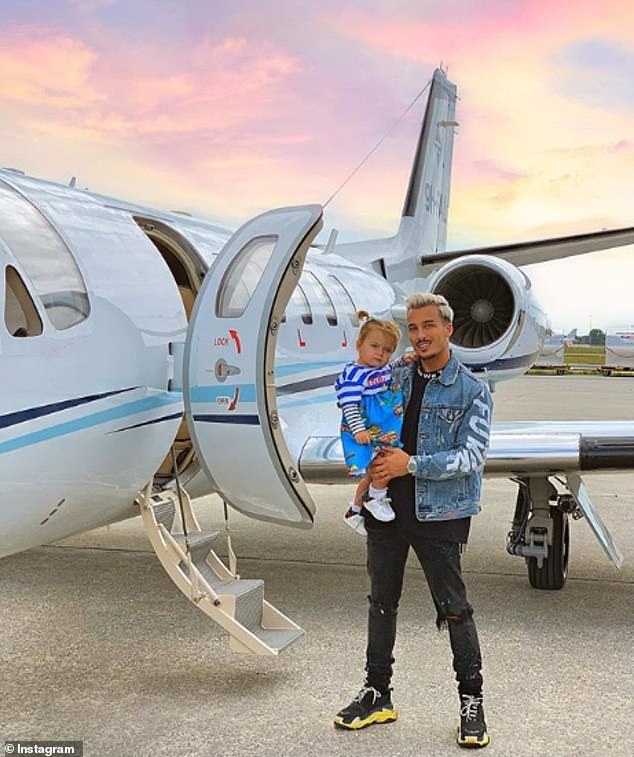 Life of luxury! Laurent Correia, 23, from France, taking his one-year-old daughter Chelsea on board a private jet in Cannes 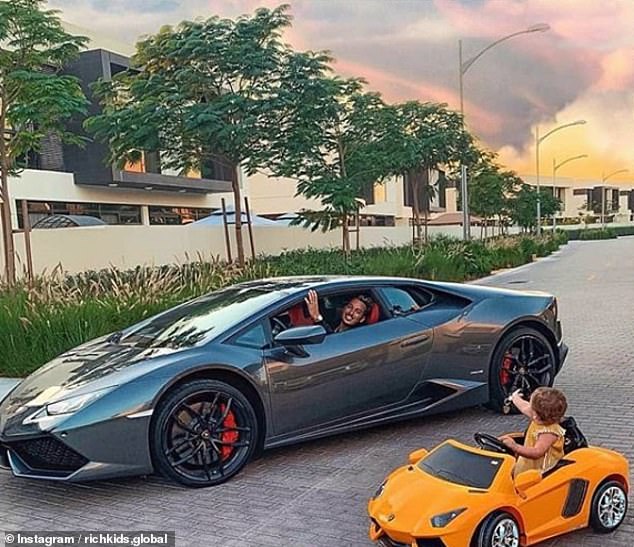 Car-azy! In another image, Laurent Correia, from France, winds down his window to speak to his toddler Cayden, who is driving a miniature version of the same vehicle 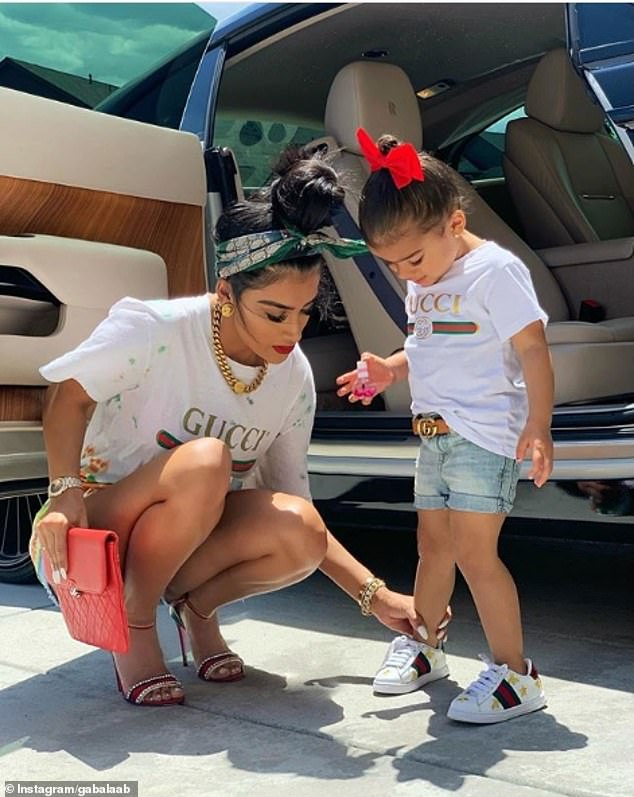 All Gucci everything! Clothing designer Gabriella Sanders, from New York, opted for matching mother baby outfits with daughter Zoe while on holiday in an unknown location 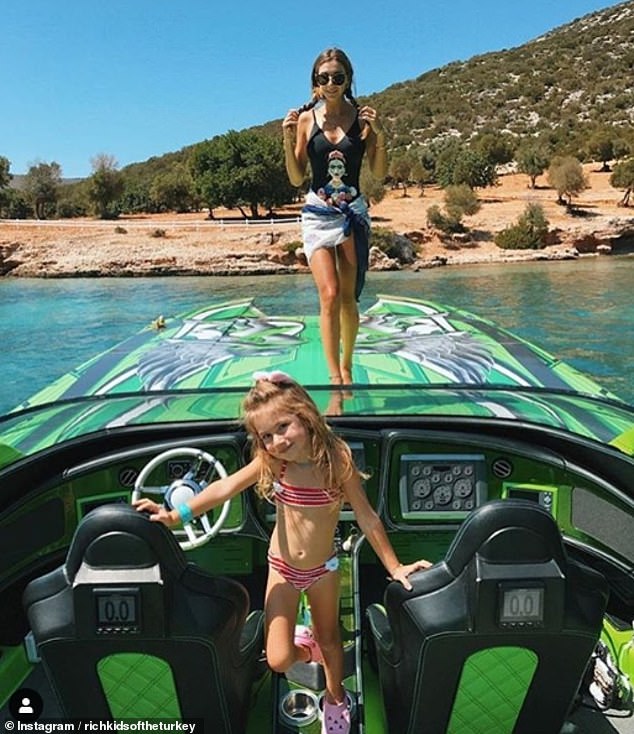 Ahoy there! Seyma Subasi, from Turkey, shared this snap with her three million followers as she enjoyed a day on a speed boat with her daughter – and showed off their enviable backdrop 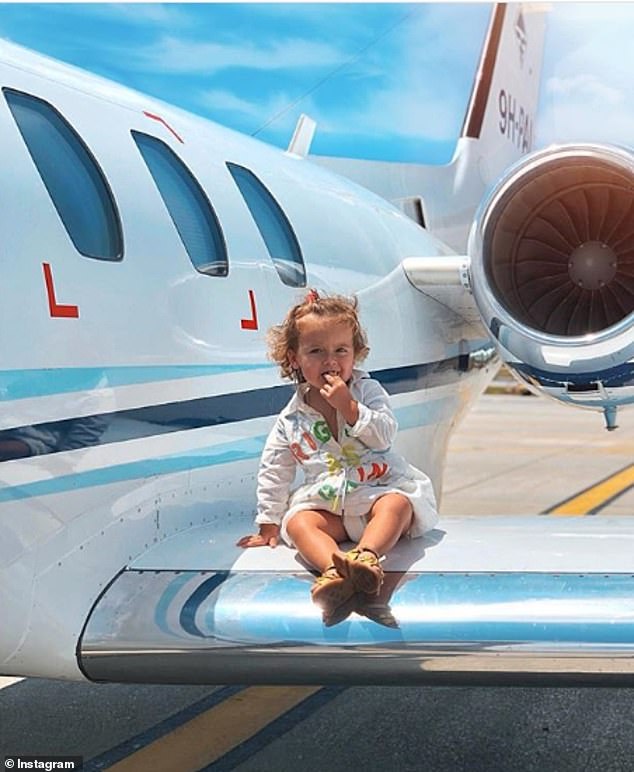 Waiting for her flight to board! Chelsea Correia, from France, relaxing on the wing of a private jet ahead of a flight from Dubai 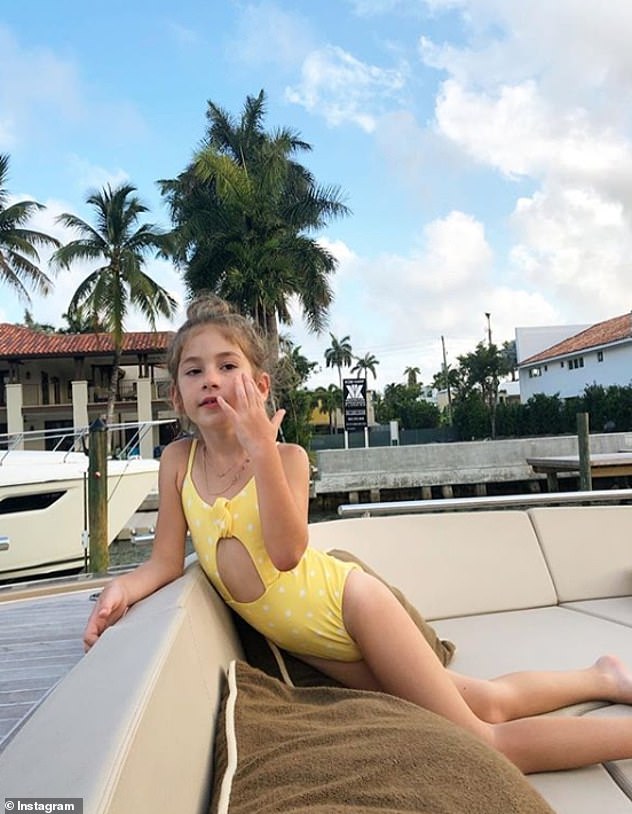 Life on a luxury yacht isn’t too bad! The daughter of Seyma Subasi, from Turkey, relaxing while docked in Miami Beach, Florida 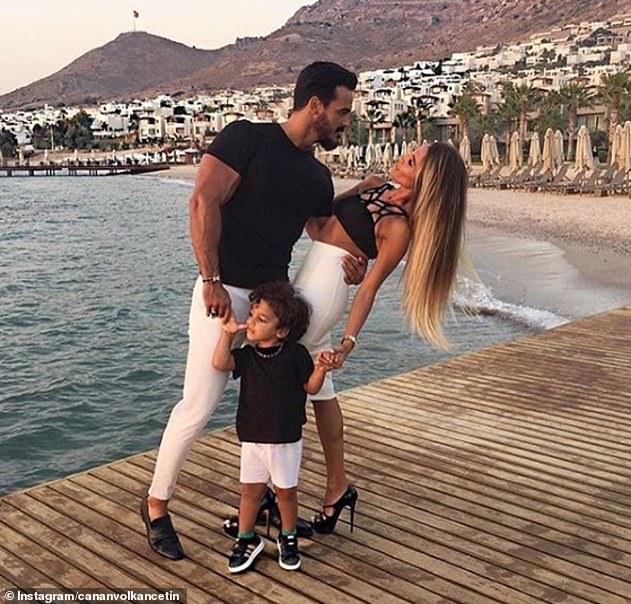 Blogger Canan Elvan Çetin, from Turkey, shared a holiday snap of her coordinated family enjoying a luxury holiday at the beach