KEY BISCAYNE, Fla. (AP) – Reigning Australian Open champion Caroline Wozniacki says she and her family were targets of verbal abuse and threats from the crowd during her opening match at the Miami Open, which she lost to Monica Puig.

In a statement Saturday posted on Twitter, Wozniacki said the tournament did nothing to prevent the abuse. Tournament director James Blake responded that while the crowd was “loud and passionate,” Miami Open staff, WTA Tour officials and courtside security were unaware during the match of any threats made.

“I lost a tough match to a great opponent and friend Monica Puig,” Wozniacki said in her statement. “I am fully aware that tennis is a game of wins and losses. However, during the match last night people in the crowd threatened my family, wished death threats on my mom and dad, called me names that I can’t repeat here and told my fiance’s niece and nephew (who are 10 years old) to sit down and shut … up, meanwhile security and staff did nothing to prevent this and even accepted this to take place.”

Puig is from Puerto Rico and especially popular in South Florida, while Wozniacki is from Denmark.

Wozniacki complained to the chair umpire during the match about crowd noise, but Blake said the tournament was unaware of any threatening comments.

“We had tournament and WTA staff as well as tournament security courtside,” Blake said. “They never witnessed nor were they notified of any specific threats made to the players or their families. If we had been notified, the situation would have been handled immediately.”

Wozniacki became a first-time Grand Slam champion at the Australian Open in January. She said she hopes the Miami Open takes her complaints about the crowd behavior seriously.

“It’s a horrible example to set for the next generation of tennis players and fans,” she said. 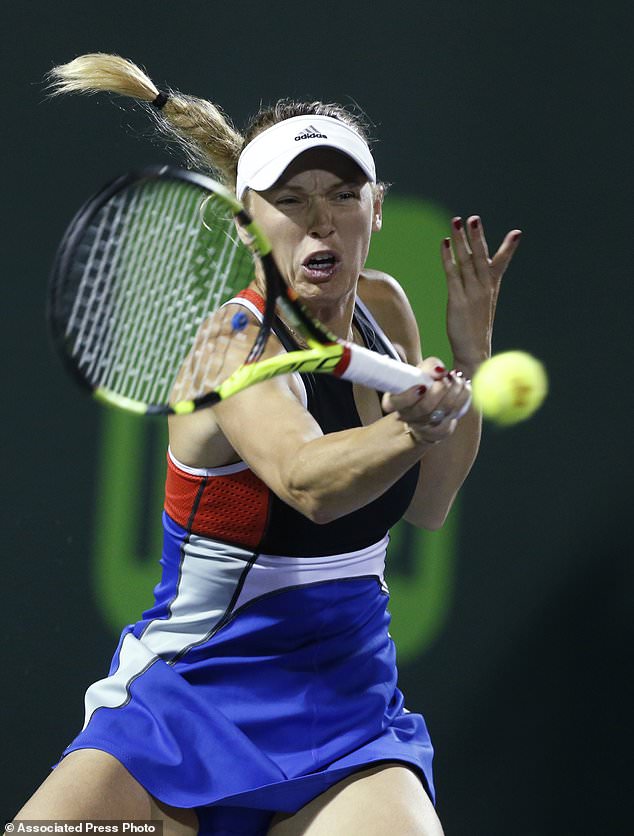