By Kellie Chudzinski For Dailymail.com

The 20-year-old rapper used his Twitter account on Thursday to ask Kanye West for help as he remains in the Broward County Jail in Florida awaiting his double-murder trial.

Public plea: YNW Melly publicly asked Kanye West for help after his request for house arrest was denied, as he suffers from the coronavirus while awaiting his double murder trial

It’s unclear if the rapper saw the tweet from his 2019 Mixed Personalities collaborator as he did not publicly respond.

The Jesus is King hitmaker and his wife Kim Kardashian West have been working on prison reform recently and have the ear of President Donald Trump.

And last December, Kim even lobbied the President on a prison reform bill that went on to passed the Senate and was signed into law. 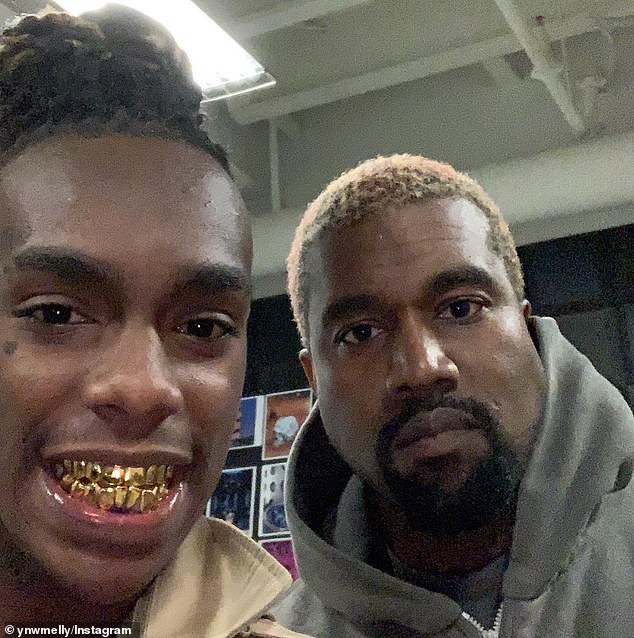 On Tuesay, a judge issued an order denying his request for house arrest and said if the rapper (born Jamell Maurice Demons) required special medical treatment he could request it from the Broward Sheriff’s Office.

The rapper’s lawyer argued that he was in danger of dying due to the infection and inadequate health care provided by the jail.

The Murder On My Mind rapper was seeking house arrest and treatment at a medical facility of his choosing at his own expense. 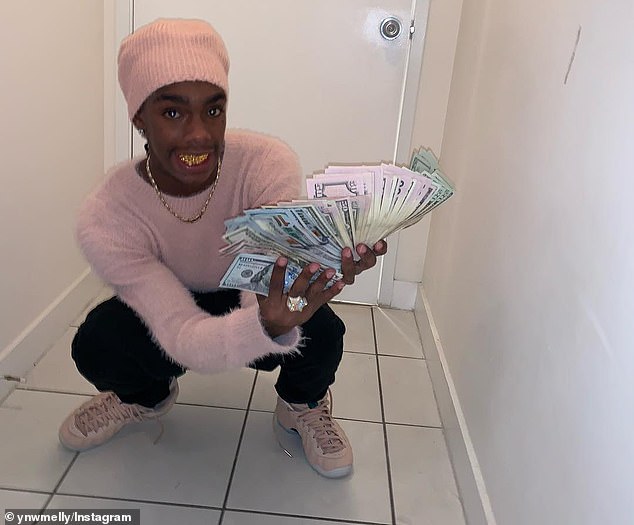 In custody: The 20-year-old rapper, shown in November 2018 on Instagram, will remain in the Broward County Jail in Florida awaiting his double murder trial

The families of Melly’s alleged victims opposed his release request stating he didn’t deserve it and could be a potential threat to them and other witnesses.

Melly was arrested in February 2019 and charged with two counts of first-degree murder.

He pleaded not guilty in March 2019 to the double-murder charges and awaits trial.

Prosecutors allege that Melly and fellow YNW rapper Cortlen Henry, also known as YNW Bortlen, staged the double-murder of Anthony ‘YNW Sakchaser’ Williams, 21, and Christopher ‘YNW Juvy’ Thomas Jr, 19, to make it appear as if they were fatally wounded in a drive-by shooting. 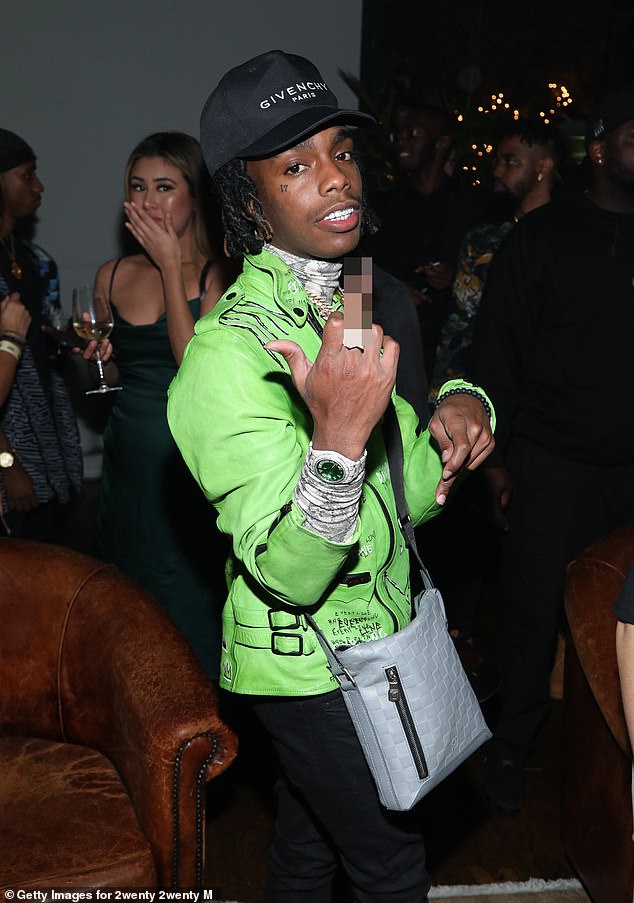 Awaiting trial: YNW Melly, shown in February 2019 in West Hollywood, California, pleaded not guilty in March 2019 to the double-murder charges and awaits trial 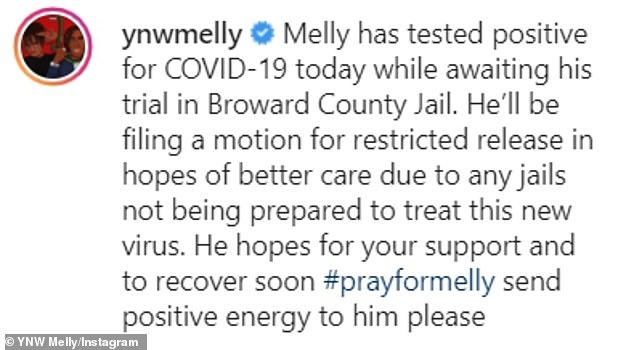 Tested positive: The rapper via management revealed April 2 on social media that he tested positive for COVID-19

The rapper via management revealed April 2 on social media that he tested positive for COVID-19.

The Gifford, Florida native faces either life in prison or the death penalty, if convicted.