Yob, 26, is jailed for 16 weeks for beating his pet puppy to death

A yob who beat his pet puppy to death has been jailed for nearly four months to the delight of his own family who joined animal rights protesters in court.

Jon-Luc McLoughlin, 26, of Poole, Dorset, was given a 16-week term for the killing of 11-month-old Alsatian Lexi.

His sentencing hearing yesterday was attended by about 25 animal rights campaigners – including his mother, half-sister and half-brother.

After seeing his sibling go down, Alec Mackay claimed the sentence was too short. He said: ‘My mum is grateful that he has gone down but I don’t think 16 weeks is long enough. If anything it should have been a year minimum.

‘If it was a human he would have gone down for a lot longer. We are all living creatures so he deserved to get more. I hope the dog comes back and bites him on his a***.’

Poole Magistrates’ Court heard he had only owned Lexi for around a month before killing her in a fit of rage.

Later, McLoughlin dumped the dog’s body in woods near his home where it was found by traumatised children.

Matthew Knight, prosecuting for the RSPCA, said: ‘He punched the dog to death and dumped the body in some trees near his home. It was found by locals and upset local children who saw it. 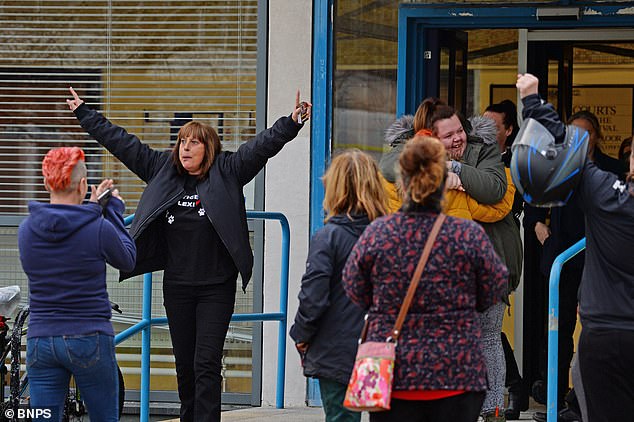 ‘She had a laceration to her liver, blood in her abdomen and a stomach tear. It is likely that the dog did not survive for long.’

During a police interview McLaughlin initially lied by saying Lexi had been hit by a car but he later confessed to killing her.

He told officers: ‘I get very angry and I don’t know what came over me.’

James Moore, defending, said that the defendant was a ‘deeply troubled individual’ and asked for him to be offered rehabilitation.

He said: ‘We are a nation of animal lovers and this has caused a lot of anger in the whole community. He lost control and acted in blind rage. 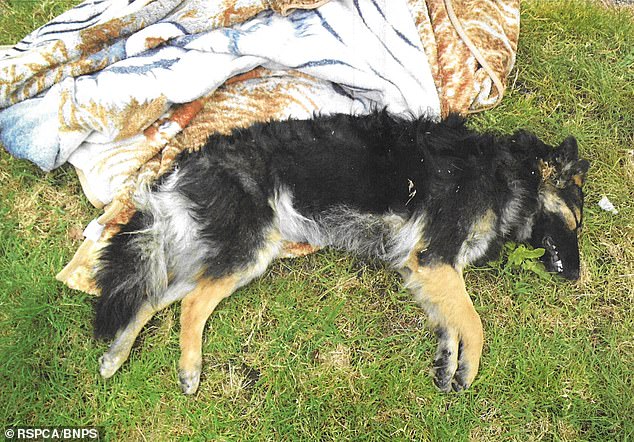 ‘We all to some extent sometimes lose control and regret it. Mr McLaughlin has done that in a significant way and will have to live with that.

McLaughlin pleaded guilty to a charge of causing unnecessary suffering to a protected animal at a previous hearing.

District judge Stephen Nichols said: ‘Taking everything into account this warrants an immediate custodial sentence. This was a savage attack on Lexi.’ 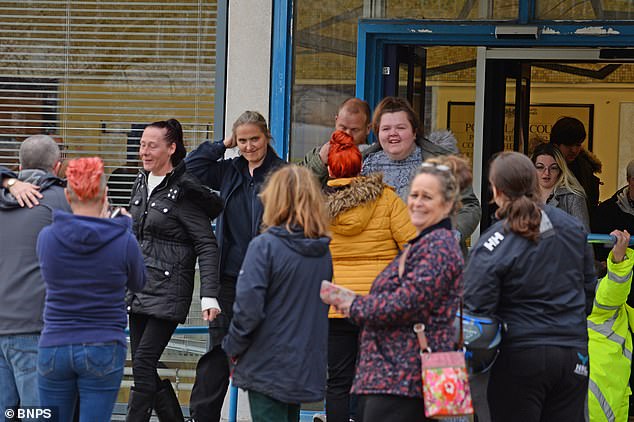 As well as being jailed, McLaughlin was also banned from owning animals for the rest of his life – and told to pay a £115 victim surcharge. 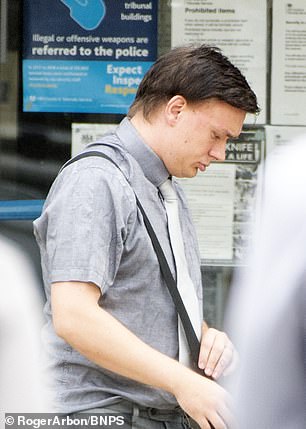 McLoughlin, 26, leaves the court in August

The sentence was greeted with cheers from the protesters, some of whom wore T-shirts with the words ‘Justice for Lexi’ printed on them.

The campaign was led by Michelle Sheriff, who said: ‘Lexi needed a voice and we were here for her. These things cannot be tolerated.

‘I would have liked to have seen him get more but it’s better than no prison at all.’

Graham Hammond, an RSPCA officer who investigated the case, said: ‘The man has a history of lashing out and we now feel we have got justice for that dog.

‘It sends a message to other people that these animals are protected and you need to look after them.

‘Any abuse to an animal is shocking especially when it leads to a death like this. 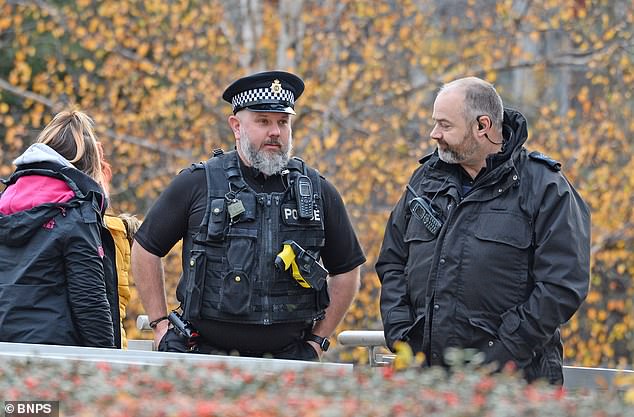 ‘I suppose in some ways it is even more sad that it is a younger animal but whenever an pet is murdered it is incredibly shocking.’

Elisa Allen, a spokesman for animal rights charity PETA, added: ‘Anyone capable of beating a puppy to death is likely to pose a serious threat to all living, feeling beings.

‘While PETA is relieved that this man is banned from keeping animals for life, it’s imperative that, in addition to his incarceration, he undergo counselling.

‘His anger-management and other psychological issues need to be addressed before he’s released back into society.’