A young mother who was raped twice in her hotel bathroom by a man she met in a poker machine room has been unable to move on with her life because the predator is still walking the streets.

Abathur Khamas sexually assaulted Amy – a pseudonym used to protect the woman’s identity – at the Cross Roads Hotel in Casula in Sydney’s south west at 3.20am on a Wednesday.

CCTV footage obtained by A Current Affair shows Khamas approaching Amy before offering her a drink.

The footage showed Khamas parking his car outside the hotel before walking in with two friends who accompanied him throughout the night.

The friends were not involved in any wrongdoing.

Khamas surprised Amy with a drink and the pair shook hands as they introduced themselves.

She invited them to her hotel room where they drank and took drugs while they played loud music.

Between 3.20 and 3.30am, Khamas raped Amy twice in her hotel bathroom while the pair are alone.

Khamas fled the hotel and drove off as Amy texted her mother and called police for help.

Two years later, his victim has relived the ordeal and described herself as an ’emotional jigsaw, one that I’m sure can never be put back together because of you’.

Khamas maintained his innocence, but was found guilty of two counts of rape in May – yet hasn’t served a single day behind bars four months on.

He is currently on bail awaiting sentencing – and faces at least seven years in jail.

Amy says the delays with putting her sex attacker behind bars is only prolonging her torture, which she has opened up about in written letter.

‘Any day can be like a tower of terror. At any moment something can trigger my thoughts and I can easily plummet into the ground,’ she wrote.

‘That night you chose to violate me without a care which not only impacted my own mental and physical health but innocent loved ones close to me.

‘There are days where I’m an emotional jigsaw, one that I’m sure can never be put back together because of you. One where the broken pieces may never be found because of you.’ 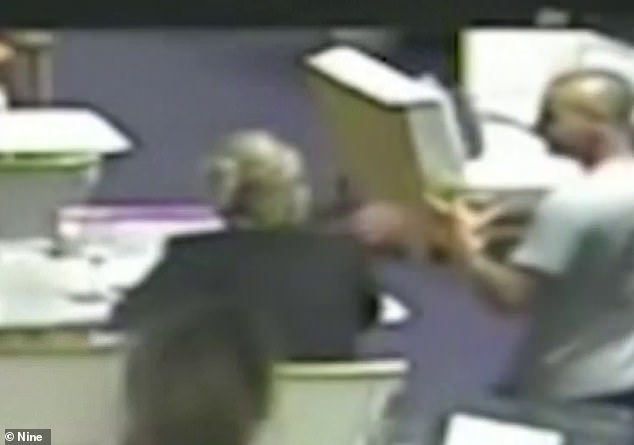 Barrister Sebastian De Brennan said Khamas has not served time in jail because ‘there’s no hard and fast answer in relation to these things’.

‘There might be particularly compelling circumstances around why that judge might give that individual bail,’ he said.

When Khamas faced court, Judge John Pickering SC said: ‘There is no doubt that what he and his fiancee have been going through in the last few weeks would be traumatic for anyone, and you don’t cease to become a human being simply because you have been found guilty of an offence.’

Kerrie Thompson from the Victims Of Crime Assistance League said Amy’s story is proof sexual violence can occur anywhere, even in places and around people who seem safe.

‘It’s very overwhelming and very emotional for someone to report a sexual assault,’ Ms Thompson said. 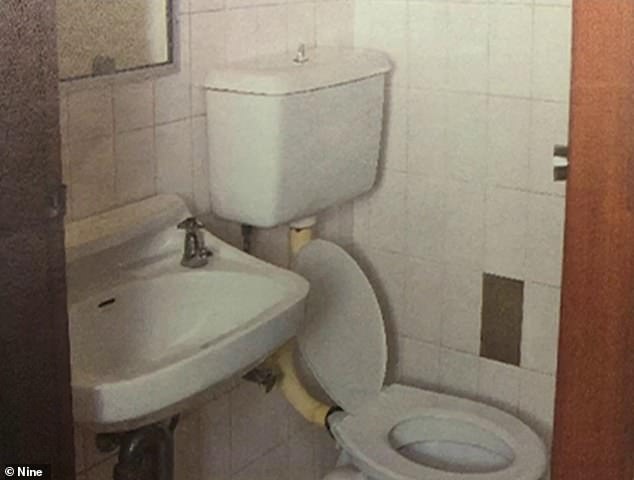 Between 3.20 am and 3.30 am, Khamas rapes Amy twice in her hotel bathroom (pictured) while the pair are alone

Khamas became a convicted robber in 2011 and has lost his licence twice for drink driving.

In November 2015, he was disqualified from driving for three months.

In August 2018, he was disqualified for driving for nine months, while he was on bail for rape charges.

He was found guilty of sexual intercourse without consent in May.

Amy said it should be ‘mandatory’ to be taken into custody after being convicted of rape.

‘The fact that I’m dipped back into it again and again, you dragging me through this hell with you is your fault and a let down by the system,’ she said.