Cambell is a woman who used to be a man. Howie grew up wanting to be male, but is now a proud lesbian. Markus is a gay man who likes to wear make-up, which, he says, ‘confuses the hell out of everyone’.

Phoenix defines as 70 per cent female, while Saffron identifies as non-binary, so would rather not have any she/he tags attached at all, if you don’t mind.

Dan may dress like a boy on Monday, but a girl on Tuesday. Meanwhile, Romario thinks men should be men and the more macho the better — and Brooke was born a boy, but developed breasts as a teenager. Her friends now joke that she is ‘a woman with a little bit extra’.

Bewildered? Well, you won’t be alone.

The most startling thing about a new Channel 4 programme which brings together 11 young people, all of whom have different ‘gender identities’, is that even some of those involved seem befuddled about the brave new world they are living in. 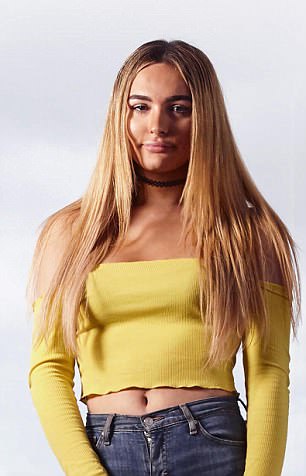 ‘Oh, I didn’t understand a lot of it,’ says Markus, who, with his eyeliner, looks as if he might know about these things. ‘I didn’t even know what gender fluid meant. I still find it all difficult, knowing what vocabulary to use. You can’t call Saffron “she” and I kept slipping up on that. Or “babe”, which I’d do, too. Of course it’s difficult. No matter how broad-minded you are, it is difficult.’

The series, Genderquake, which starts on Monday next week, could not be more timely. In the past decade there has been a seismic shift in the way society regards sex and gender — resulting, as sweeping social change often does, in a fair amount of confusion.

To many people, the idea of gender fluidity — that a person’s gender lies somewhere on a ‘spectrum’ rather than being one of two options — is baffling. But to a growing number, including some of those in the new TV series, even the terms ‘male’ and ‘female’ are outdated constructs.

Genderquake addresses the whole issue in a disarmingly simple way: the group of volunteers, who have been chosen for their varied stances on sex and gender, move into a house together and cameras film them over a month.

It’s a bit like Big Brother, minus the evictions. Life stories come tumbling out. Prejudices, entrenched views and rows duly ensue. Questions are asked that, in polite society, tend not to be asked. Not everyone will like the answers, either.

The oldest member of the group, Markus, is 32, while the youngest, Charlie, is 19, so we are talking about millennials here — most of them not short on opinions.

Four agreed to speak to the Mail about their experiences.

Filomena, 27 and from a small town outside Dublin, is perhaps the most traditional in outlook. A heterosexual woman, she admits she was nervous about signing up. 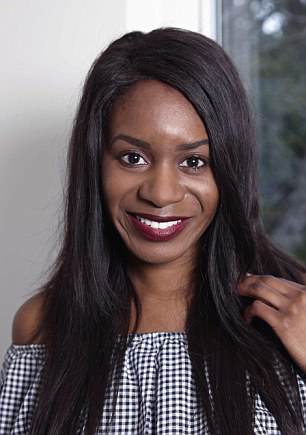 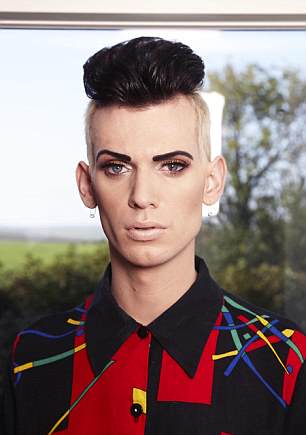 Filomena (left), 27, from a small town outside Dublin, is a single straight woman, while Markus (right), 32, the oldest member of the group, is a gay man who loves make-up

‘I didn’t know if I’d be the only straight one,’ she says. ‘I’d always thought of myself as quite open-minded, but I was aware that I knew nothing about the world of gender fluidity.’

In fact, she inadvertently caused an upset on the very first night, as the group discussed what it is that makes a woman a woman. She offered what she thought was a non-controversial view. ‘I didn’t even think about it. I certainly didn’t think I was saying anything that anyone could take offence at. I said what made me a woman was that I had a womb.’

All hell promptly erupted. Those who identified as women, but didn’t necessarily have the traditional biological components, were offended. ‘I was almost attacked,’ Filomena admits. ‘I didn’t know I’d said anything wrong. It certainly wasn’t malicious. To me, it was like saying the grass was green.’

After a month in the company of people who have very different lives, however, she now feels — and talks — differently.

‘The other day I was talking to someone about the abortion debate in Ireland, and this person used the phrase “pregnant woman”. I corrected her and said “pregnant person”. That would never have occurred to me before. Previously, I thought it was just a straightforward matter of biology, what made you a man or a woman. The whole experience has made ask, “Have I been wrong all this time?” ’

What changed her mind? Perhaps it’s best to let the housemates’ stories speak for themselves.

Take Charlie, 19, who works as a trainee hairdresser in Brighton. Born a boy (or ‘assigned male at birth’, to use the preferred language), she says she knew by the age of four that she was, as the cliche goes, trapped in the wrong body.

She points out, however, that she didn’t feel trapped at all. ‘I thought what I was feeling was normal. But I vividly remember washing my hair and having the towel drape down my back, fantasising about having long hair.’ 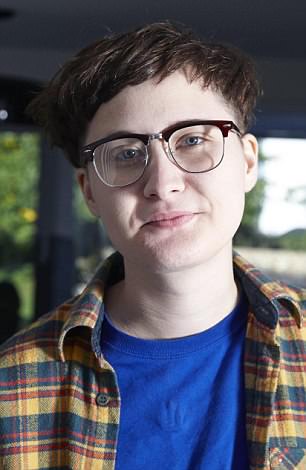 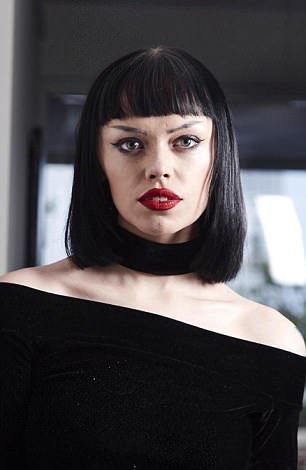 She grew up borrowing her mum’s clothes and make-up. ‘People say, “How can a child know?” but I did. I didn’t understand it, though. I thought that because I was attracted to men, I must be gay.

‘I came out to my parents when I was about 13 or 14. It wasn’t until I was 18 that I realised I was a woman, in my head. My biggest regret is not transitioning earlier.’

When Charlie arrived in the Genderquake house, she was dressing as a woman, but had not yet started the transition process. Now, however, she has. She is taking the female hormone oestrogen and has had her first assessments for surgery.

She admits: ‘Meeting Cambell (the woman who used to be a man) in the house was huge. I’d never met anyone who had transitioned before and she was so confident, so happy with herself. Just being able to ask her questions was helpful.’

It’s clear Charlie has dealt with plenty of trauma in her young life. She tells me about the agony of trying to live as a woman when her body sends different messages to the world. ‘I hate the fact that my facial features are still quite masculine.’

It makes her an object not just of curiosity, but of vitriol. People point and jeer in the street, she says. ‘I’m lucky to work in Brighton, where there is more acceptance, but recently I went to London and had a group of teenage girls videoing me. I had one of the biggest breakdowns of my life.’

She says even starting to take oestrogen has made her more confident. ‘It might be a placebo effect,’ she concedes, ‘but I feel more womanly now.’

Some in the house are proud to be transgender, but Charlie wants to be seen as a woman, pure and simple. ‘I don’t want that (transgender) label. I think we shouldn’t think so scientifically. It’s not all about chromosomes and wombs,’ she says, adding that Filomena’s comments about wombs were ‘hurtful to hear’. 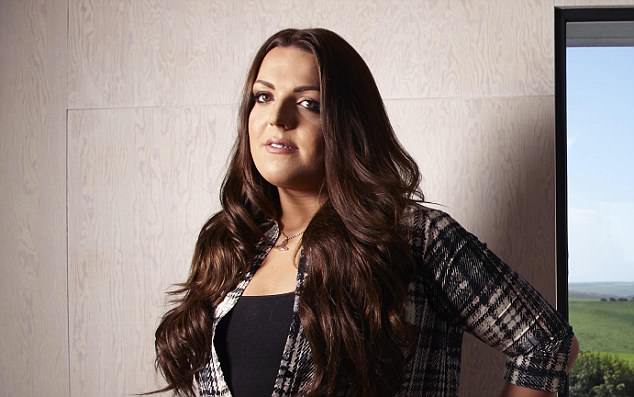 Brooke, 24, was born a boy and said her ‘body transitioned itself’, needing a bra while at an all-boys boarding school, and seems one of the most confident people in the house

Then there is Brooke, whose experience is unique in the house. Born a boy, she found herself in the hideous situation of needing a bra while at an all-boys’ boarding school. ‘My body transitioned itself,’ she says.

She was found to have a rare chromosomal disorder, Klinefelter syndrome, which left her with both male and female organs.

Where would society put her on the gender spectrum? There is no simple answer. ‘I’m a very blurred line between man and woman. I am both combined.’

Interestingly, Brooke seems like one of the most confident people in the house, although her life has been anything but easy. She has chosen not to have surgery to ‘correct’ things, but is candid about how problematic this is when it comes to dating.

‘I think, “Oh God, I’m going to have to tell you. Do I tell you now or wait until the first date?” It’s all such an ugly mess.’

Brooke argues that if we were all less set on the idea of gender as a rigid thing, people like her would benefit.

Howie, who is 25, works for her family’s business. She does have a womb, but is desperate to play down some aspects of her femininity. A lesbian, she hates girly clothes and having breasts.

All her childhood, she thought her tomboy approach meant she should be a boy. She would, she concedes, have been a prime candidate for the controversial new gender reassignment clinics, which have been criticised for encouraging children to change sex. 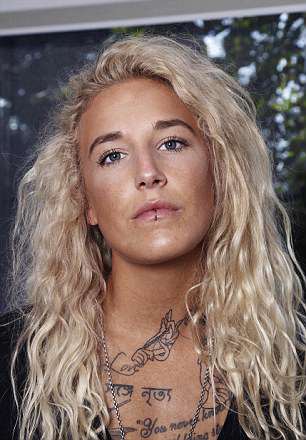 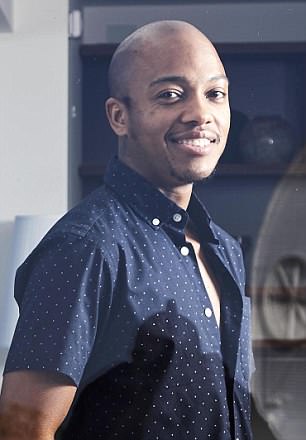 Howie (left), 25, grew up wanting to be male but is now a proud lesbian, while Romario (right), 30, thinks men should be men and the more macho the better

‘I have issues with them,’ she admits, ‘because I might have gone down that route and it wouldn’t have been right for me.’

By her late teens, Howie had realised she was a lesbian.

Tellingly, Howie says that while she tends to stay in her own LGB (lesbian, gay and bisexual) community, she knows little about trans people (the T at the end of LGBT) and was, until recently, as bewildered as many people about what it means to be ‘gender fluid’.

‘It made me realise how little we all actually interact, which can only led to ignorance about other people’s lives,’ she says.

Much of the fascination in the house is centred on the individuals who simply don’t regard their gender as fixed.

Phoenix, a dancer given to flamboyant make-up, seems to revel in keeping everyone guessing. Born male, Phoenix now defines as ‘70 per cent female’. Yet the shaved head is almost aggressively masculine. ‘I feel more female inside. As a guy it makes me feel like an empowered woman who shaves off all her hair.’

Down-to-earth Markus thinks Phoenix needs to get over it. ‘I think a lot of people genuinely struggle with their identities, but I was never convinced by Phoenix,’ he says.

Saffron — known as Saff — is another story. Born with a twin sister who was ‘the pretty one’, Saffron never felt girly and always felt confused. 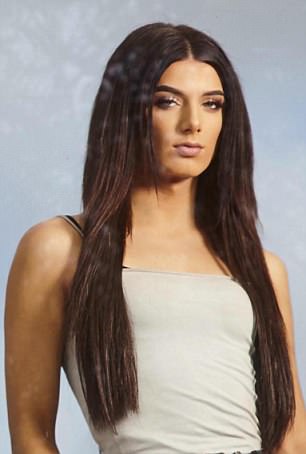 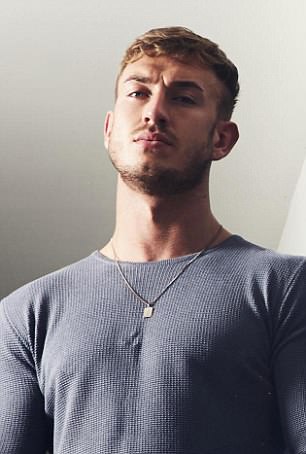 Charlie (left), 19, born a boy but taking female hormones, had not yet started transitioning when she arrived in the house, while Tom (right), 21, is a straight man from Barnsley

First hearing about the term ‘non-binary’ — that is, someone who identifies as not male or female — was a Eureka moment, says Saff. Why be a woman or a man when you can be neither?

Saffron is candid about the fact that it freaks most people out. ‘They say, “Hello Madam? Sir? People get confused.” ’

Mostly they get confused about what to call Saffron. Markus says he tried to get round the he-or-she issue by calling Saffron ‘babe’ or ‘doll’. This wasn’t acceptable.

Of course, many would argue that as a society we are already going far too fast on these issues.

There’s no doubt that Genderquake makes fascinating viewing as the volunteers struggle to understand each other and the whys and wherefores of the new gender spectrum. But there is a telling moment in the first episode when the group ventures out to the local pub and gets talking to some middle-aged male customers.

They say who they are and what they are doing. In response, one man tries gently to explain that he thinks these things are just a trend. It’s suddenly fashionable to be gender-fluid, he feels. That might be fine for the younger generation, but for people of his age…

His friend interrupts: ‘We are not prepared to recognise it.’

It’s a juddering reminder of the gulf between the discussions taking place on the programme and what others often think and experience in their daily lives.