A YouTuber accused of threatening to cut off Tommy Robinson’s head and who ‘ranted about Prince William,’ will face trial in December after appearing in court today.

Wearing a grey suit jacket and dark trousers Basir spoke to confirm his name at the Old Bailey.

He is said to have posted further videos of a similar nature about 37-year-old Robinson last September, it was said. 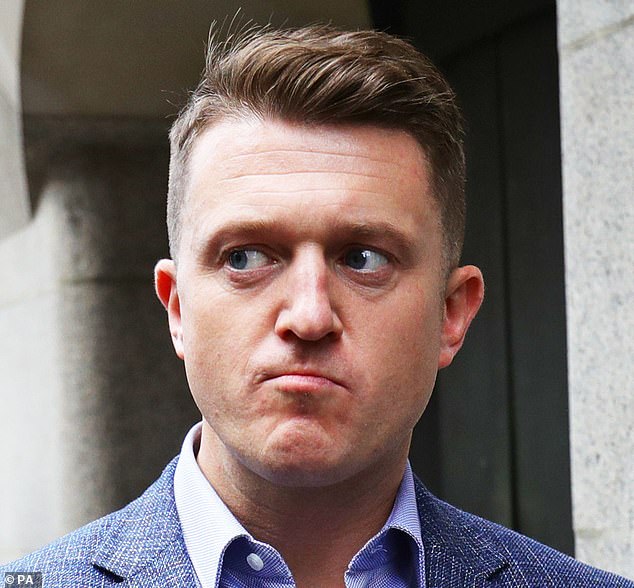 Tommy Robinson, whose real name is Stephen Yaxley-Lennon, was allegedly the subject of videos made by Basir

Mr Justice Edis set a trial date of December 14 and the next hearing will be on September 28.

Timothy Sligh-Johnson, defending said: ‘I have concerns around fitness to plea and therefore I would ask arraignment be delayed for a report to be prepared by those instructing me.’

The court was told Basir could face a trial of issue on December 14 if the report find him unable to enter a plea.

He is also charged with racially aggravated stalking of Robinson between the same dates by causing fear that violence would be used against him.

Basir has been bailed with conditions to reside at his home address, does not contact Robinson and does not post material about the former EDL leader.