Zlatan Ibrahimovic is expected to be out until the middle of August after having keyhole surgery on his left knee.

The 39-year-old suffered a knee injury while playing for AC Milan in their 3-0 Serie A win at Juventus in May.

The striker was soon after ruled out of Sweden’s Euro 2020 campaign this summer having only come out of international retirement in March. 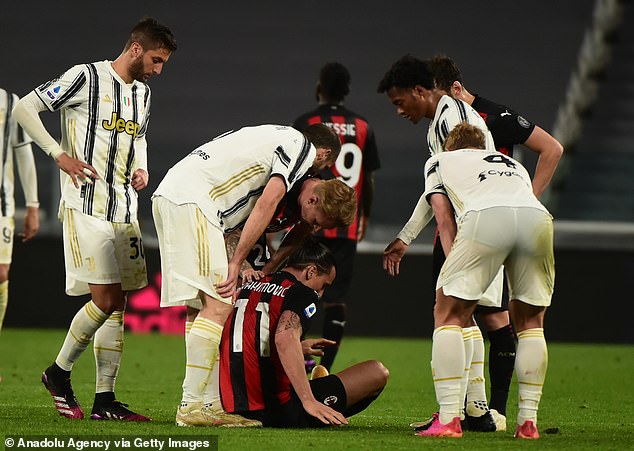 The forward is now very much in a race against time to be fit for Milan’s first few games of the Serie A season, with the new campaign in Italy kicking off on 22 August.

‘Zlatan Ibrahimović underwent an arthroscopic lavage to his left knee at the UPMC Salvator Mundi International Hospital in Rome,’ a club statement read.

‘The procedure carried out by surgeons Volker Musahl and Fabrizio Margheritini, and overseen by AC Milan medical chief Doctor Stefano Mazzoni and the Club’s orthopaedic consultant Roberto Pozzoni, was a success.

‘Zlatan is doing well and will start his rehabilitation immediately.’ 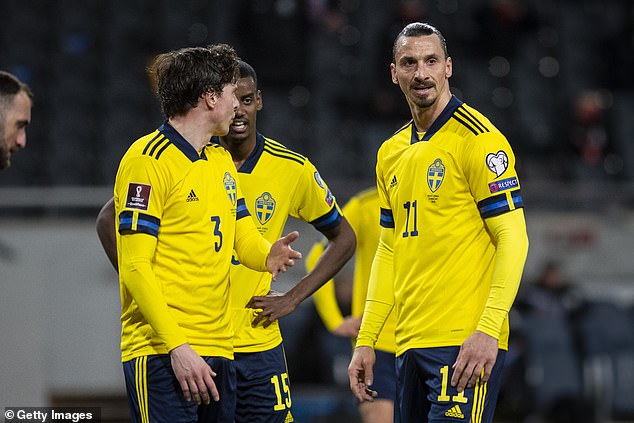 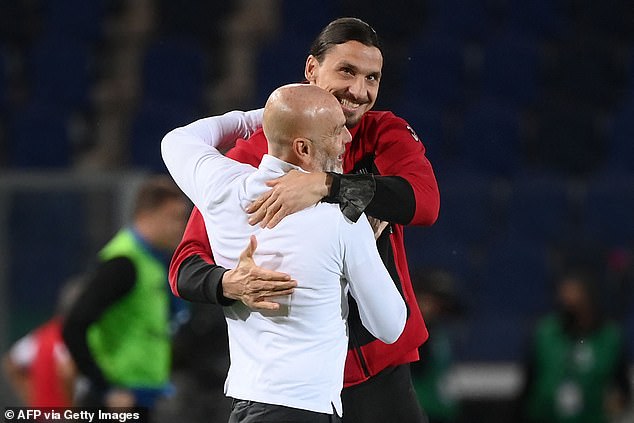 Ibrahimovic however will be in a Milan shirt when he returns from the injury after signing a one-year extension at San Siro in April.

The Swede scored 17 goals in 27 matches across all competitions for the club in 2020-21 as the club finished runners-up to champions and city rivals Inter Milan in the league table.

He also passed 500 career goals in February, and will now be at the club beyond his 40th birthday. 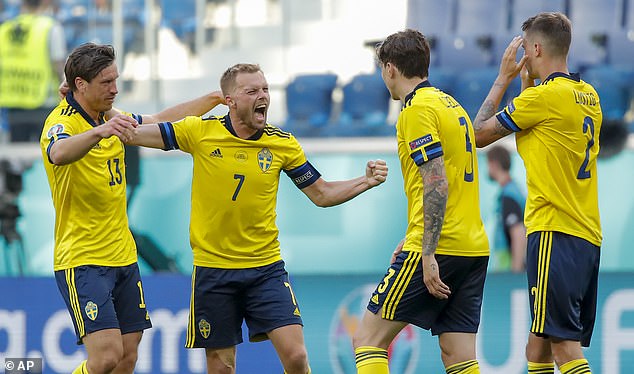 His country have fared well without him at the Euros however, currently sitting top of Group E

He has also scored 62 goals in 118 appearances for his country since making his debut in 2001.

His country have fared well without him at the Euros however, managing a draw with group favourites Spain in their opener before sealing a 1-0 win against Slovakia on Friday to top Group E.

Their final game of the group stage takes place on Wednesday against Poland in St Petersburg.