The Champions League reached its conclusion on Saturday evening when Liverpool lifted their sixth European Cup after a forgettable 2-0 win over Tottenham.

The finale in Madrid may not have lived up to expectations, but the competition as a whole provided plenty of drama, intrigue and wonderful stories along the way.

Here, Sportsmail’s Rob Draper reflects on what he learned this season, from the resurgence of the Premier League, to getting caught up in Messi-mania.

1. TERRIBLE FINALS ARE BACK

Frankly we’ve been spoilt. Anyone under the age of 20 must be wondering just where that cliché about tight, dull finals originated.

For the last nine years, the Champions League has delivered a succession of humdingers. Personal favourites would be a sublime Barcelona taking apart Manchester United at Wembley in 2010; Atletico so nearly getting across the line against Real Madrid in 2014; Barca, again, extraordinary in 2015; Mandzukic’s goal in 2017 and Bale’s in 2018; and last year’s Real Madrid-Liverpool clash with more plot twists than a Jed Mercurio screenplay.

But there’s no hiding from the truth: this was a terrible game of football. The only real mitigating factor was that Spurs played reasonably well and created chances in a 25-minute spell in the second half. 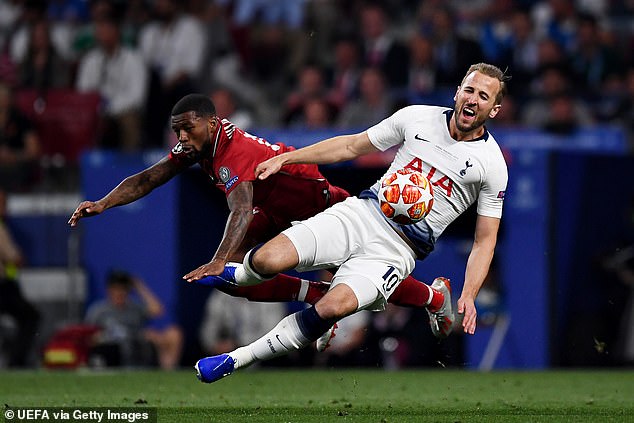 But take heart: it wasn’t the worst ever. Much worse were AC Milan-Juventus (0-0 and 3-2 on pens) in 2003* and Steaua Bucharest-Barca (0-0 and 2-0 on penalties) in 1986. Yes, you read that right: 2-0 on pens! Barca missed all their penalties. Big football occasions used to be routinely awful. Hopefully this was an aberration.

*A colleague was trying to argue the 2003 final was technically better than last weekend. To which I would say, when you’re playing at 10mph, most of us look pretty good, technically.

In fairness, to be absolutely sure it was the worst ever, I’d have to go back and watch it again. Which is something I’m never going to do. Obviously.

Last season indicated signs of a revival. But the real clincher was watching Barca – especially Lionel Messi and Luis Suarez – struggle with the intensity of Liverpool’s pressing in the semi-finals. The uncontested procession towards La Liga title doesn’t offer that level of football. And it showed. 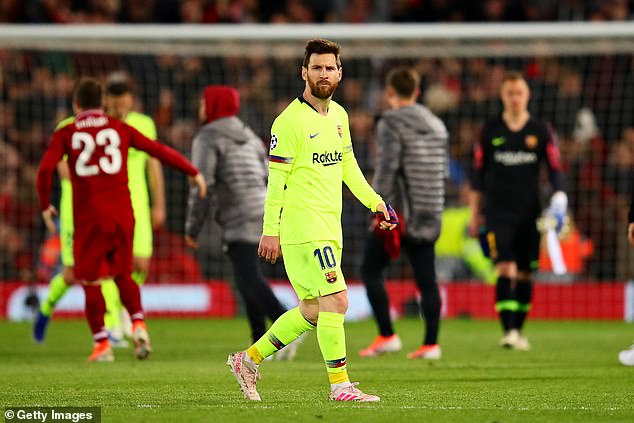 3. AND ENGLISH FANS ARE BACK… IN A GOOD WAY

And though I doubt that it was without incident, generally it seems over the weekend in Madrid that, actually, you can turn up, party and not trash a city, throw bicycles in a canal, upturn tables or scrap over who’s got the biggest team.

The excellent fan parks help – so hat tip to Madrid authorities – but if Spurs and Liverpool can do it and still be singing together in pubs at 3am, then why can’t more clubs? 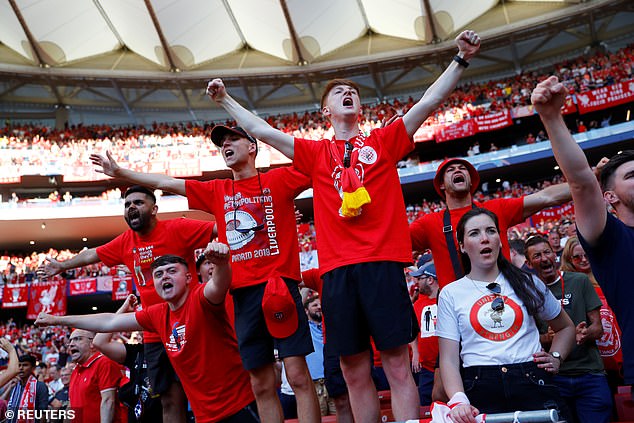 4. AND ENGLISH TACTICS ARE BACK (THANKS TO A GERMAN AND ARGENTINE)

English sides dominated Europe from 1977 to 1984, with Liverpool winning it three times, Nottingham Forest twice and Aston Villa once. That’s not a coincidence.

Such a run usually occurs when a club, culture or region is tactically better. Being English we prefer to talk in terms of heart and commitment. But in essence, from memory, English teams in that era pressed harder and spooked their opponents with the intensity of their game.

This was a period when Italian teams were still enormously influenced by catenaccio and low-risk football while German clubs were wedded to 3-5-2 and expected time and space. 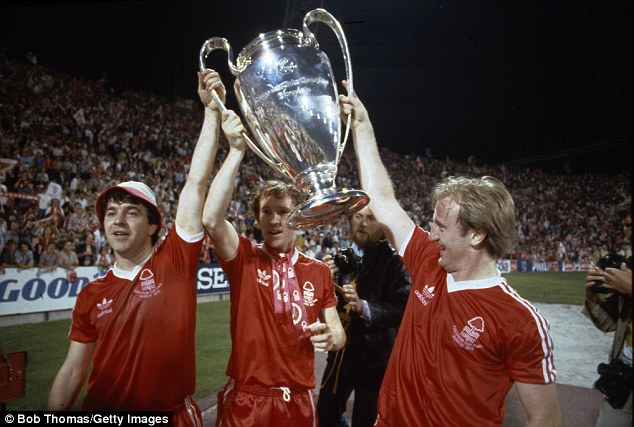 What happened? English teams were banned for five years after Heysel and by the time they returned 1990, the splendid isolation meant the English game had fallen in love with the long ball, which was easy to beat for most Euro clubs.

But meanwhile, thanks to Marcelo Bielsa and Jurgen Klopp/Ralf Rangnick, Latin and Germanic countries discovered the joy of pressing and intensity without losing their passing skills.

So, in a way, we’re back full circle. Though, technically better than ever before (not that you would have noticed on Saturday) and much fitter.

5. WRITE WHAT YOU SAW, NOT WHAT YOU THINK YOU SAW

I’m as guilty as anyone on this. After the Camp Nou semi-final, it was all about Messi. Journalists love a narrative arc. Messi is the easiest one in the game. Stuff the team. It makes it all about the individual and that’s a much simpler story to write.

‘Siri: write me a generic Messi match report.’ It will certainly include the phrases: ‘diminutive genius, little Argentine and immortal extra-terrestrial.’ I know. I’ve done it.

We all got caught up in the Messi-mania that night but it’s not what actually happened. In the second half you could see Barca, even in the safety of their Nou Camp home, simply couldn’t cope with the pace of the game. Liverpool were significantly better. Still, it’s a brave writer to take that piece on after a 3-0 defeat. 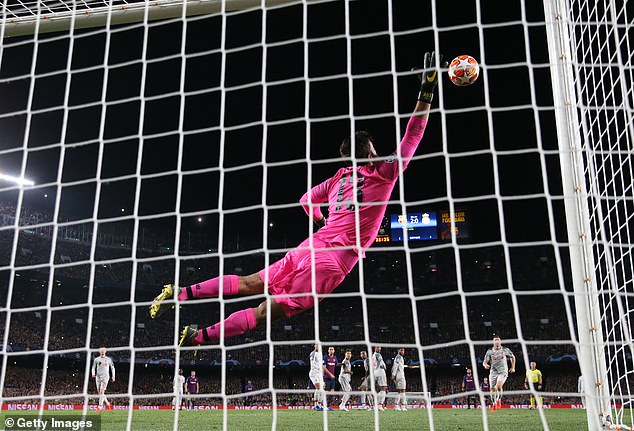 Messi scored a super free-kick as Liverpool lost 3-0 to Barcelona, despite being the better side

A colleague put Manchester City’s elimination down to luck. And it is true they played superbly well in the second leg against Spurs and would ordinarily have won more convincingly.

It’s also true that with VAR vs Liverpool in the second leg last year, they go in 2-0 up before half time; without VAR this year, they win 5-3 and go through.

But privately Guardiola has admitted he is getting it wrong in the Champions League. And he’s right. THIS DOESN’T MEAN HE’S A TERRIBLE COACH. (Sometimes you need to spell it out for Twitter).

He’s superb, one of the best, changed the game etc etc. But there is a consistent flaw when he’s up against the very best sides.

Since leaving Barcelona, he was eliminated three times in semi-finals with Bayern. In those six games, he conceded 13 goals. At City, he’s not got past the quarters, and in those ties, he conceded 16 in six games. So, 29 conceded in 12 games. Or almost two-and-a-half a game. Even allowing for the fact that by the semi-finals, you’re playing the best opposition, that’s a lot. If you’re conceding 2.5 goals a game, you’re unlikely to win anything.

Many of those goals have come in spurts as well (vs Real Madrid 2014, Barca 2015, Liverpool 2018). My premise is that his teams are unsurpassed at steamrollering domestic opposition. But the very best sides can find the flaw in the system. And often do.

You can be irritated by Liverpool’s ‘This means more’ campaign and still acknowledge that nothing quite captures the emotion of the game more than ‘You’ll Never Walk Alone’.

That unscripted TV clip of Jose Mourinho and Arsene Wenger looking on at the Liverpool fans singing, with Mourinho telling the producer not to cut to them, was priceless.

‘This is more beautiful than what we can say’ says Mourinho, ‘That’s unique, you know’ adds Wenger.

Both of them, old softies at heart, deeply in love with fan culture and English football in particular. For a second, you could envisage a teenage Mourinho watching grainy TV pictures of European finals and being captivated in a way only a child can be. 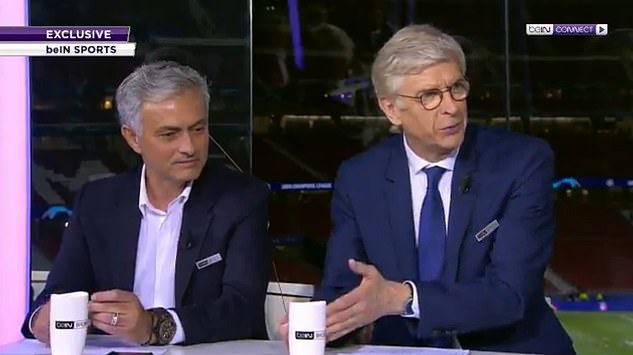 ICYMI: One of the iconic moments from last night as Jose Mourinho and Arsene Wenger are left STUNNED by Liverpool fans’ anthem ‘You’ll Never Walk Alone’ ahead of kick-off.

8. BUT… SORRY CITY AND UNITED FANS. EVERY FAN OF OTHER TEAMS, ACTUALLY. IT REALLY DOES MEAN MORE

I’m not a Liverpool fan. (They robbed my team of the 1976 title and I still bear the scars) But really there is something special about this club and the European Cup, just as there is for Real Madrid and AC Milan.

Forget for a moment the six trophies. In the past 21 competitions, since Manchester United’s win in 1999, only Real Madrid (six) and Bayern Munich (five) have been in more finals than Liverpool (four).

Barcelona and United are equal with Liverpool on four. But here’s the thing: Liverpool haven’t actually been much good over the past 20 years.

They’ve only participated in 11 of those Champions League campaigns. Meaning, if they qualify they tend to make the final every three years.

Real Madrid, Bayern and Barca have been in 21/21 of those campaigns. United in 19/21. Juventus, on three finals, have also been in 19/21. Manchester City, who have qualified for eight campaigns, haven’t got past the semis.

If your history and culture keeps telling you that you’re special, that this Cup means more to you than others, that your European nights are better than anything… well, it evidently is a self-fulfilling prophecy. 9. JURGEN KLOPP ISN’T A FRAUD (AND CONTROVERSIALLY, NOR IS MAURICIO POCHETTINO)

More importantly: ‘He’d never won in England!’ And, of course, that is the pinnacle of football.

‘You might have your glittery Bundesliga shields, but have you ever won the Carling Cup in England,’ taunted Juande Ramos at every UEFA coaches’ convention, as Jose Mourinho scoffed in the background, whilst holding up eight fingers to indicate the trophies that really matter to him, the ones he won in England. (I may have made this last anecdote up).

‘In all departments of life, including your job, if only the best counts and effort doesn’t count then life is s***. If I’m not as smart as Einstein should I not try even a little bit because I will never be him?’ That’s the question Klopp posed prior to beating Manchester United this season, when asked about his trophy count compared to Mourinho’s. 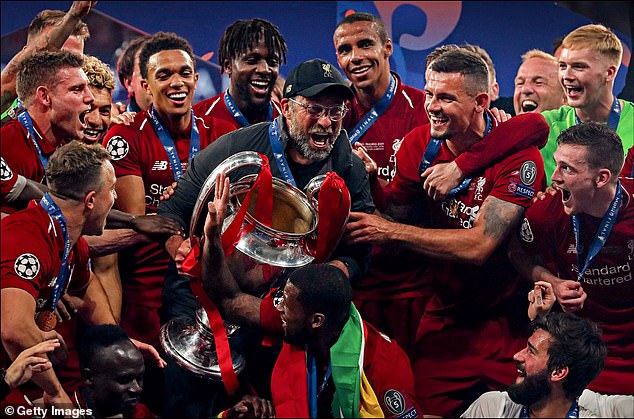 Jurgen Klopp lifted his first trophy as Liverpool manager after joining the club in October, 2015

‘This season has been a year full of wonderful moments, wonderful moments altogether,’ he said after the Barca game, before he knew whether he would end the season with a cup or not. ‘A moment like this is worth more than silverware.’ And he was right.

Ultimately, you play to win and thus for cups. But as Johan Cruyff used to say, ‘Who remembers Germany 1974?’ (Allright, the Germans do) But ultimately there is so much more to football and being a good coach that the big shiny thing at the end.

If not, then Ramos, Tony Barton and Roberto Di Matteo are better than Mauricio Pochettino. Which is clearly nonsense.

That moment: Jordan Henderson clutching his father, Brian, both of them sobbing.

You didn’t even need to know the backstory to be moved. But when you did – Brian having overcome throat cancer – it meant even more.

Add in the fact that Henderson has fought for every grudging ounce of respect in his football life, from Sir Alex Ferguson saying he ran funny to sceptical Liverpool fans.

When he took the captaincy from Steven Gerrard, it seem like an interim phase. Instead he’s up there with Emlyn Hughes, Phil Thompson, Graeme Souness and Gerrard. His performance in the second leg against Barca deserves to be mentioned alongside Roy Keane’s against Juventus in 1999. 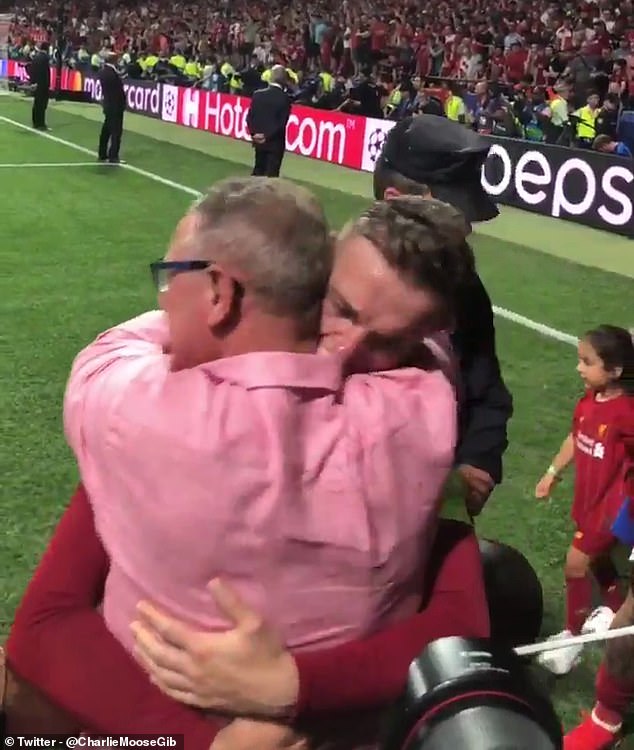 Yet there was still more to glean from that picture. Football does so much for parent-child relationships. And that can just as likely be mother and son and father and daughter. But often it is father and son, given the manner in which the sport has been (wrongly) male dominated.

I’ve no idea where the Hendersons stand in this regard, but often men have issues telling their sons or dads that they really love them. And showing it. To see it demonstrated so viscerally was joyful.

The football, after all, and that big shiny cup, is only a means to an end. It’s just a way to hang out together with people. And an expression of our love for team-mates or friends, daughters and mothers, son and brothers.