The body of a 12-year-old boy has been found after a desperate search in a remote part of the Outback.

An extensive search of the Northern Territory’s north-west was launched on Wednesday after two teenage parents and their young son were found dead after abandoning a broken down car.

Relatives told authorities a 12-year-old boy had also been travelling with the young family, but he was missing from the scene.

His body was found on Thursday afternoon, only 120metres from where the others were discovered a day earlier.

The alarm was raised by a man at an Aboriginal health clinic at remote Willowra (pictured) just before 12.30pm on Wednesday

The boy is yet to be formally identified, but is understood to have been travelling with the young family.

The bodies of a man and a woman, both aged 19, and their three-year-old son were found 4.5km away from their broken-down car.

Police do not believe the deaths are suspicious, and food and water were found at the scene.

The young family had left Willowra on Monday destined for nearby Yarra Yarra.

An alarm was raised by a ‘distraught’ man at an Aboriginal health clinic at remote Willowra just before 12.30pm on Wednesday.

The deaths were initially thought to have been caused by a car crash – but that has since been ruled out. 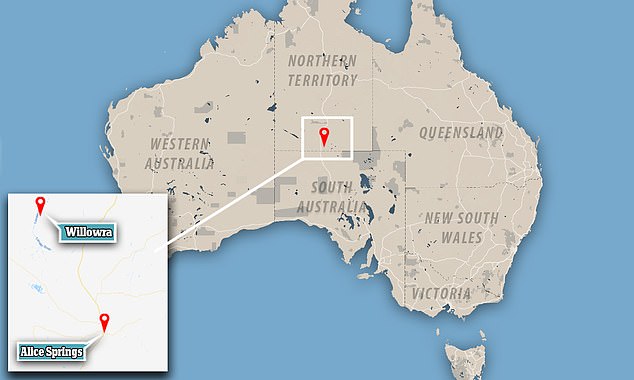 The 12-year-old boy’s body was found near the young family’s corpses, after they had all left Willowra on Monday destined for nearby Yarra Yarra

Investigators were only able to arrive at the scene on Thursday due to flooding and the remoteness of the area.

‘One of the avenues of inquiry that we’re looking at is if people walked away from a broken down vehicle and may have suffered as result of that,’ duty superintendent Shaun GIll said.

Mr Gill said the two adults and child may have died several days ago.

‘This does serve, unfortunately, as a timely reminder for anyone travelling on NT roads to ensure that when you travel your vehicle is in a fit state, that you have sufficient supplies including water and a first aid kit, and that someone is aware of what your travel itinerary is — when you intend to leave, arrive and your anticipated routes,’ Superintendent Jody Nobbs said.

A land and air search was carried out on Thursday to attempt to locate the 12-year-old.

Mr Gill said an ‘extreme weather event’ may have caused the deaths. 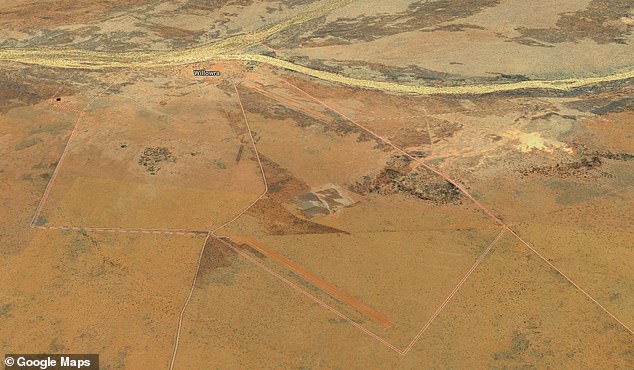 The young family were found 4.5km from the car, with the 12-year-old found 120metres from them. Pictured: A satellite image of Willowra