A 16-year-old boy who once weighed a staggering 24 stone has lost almost half his body weight in just 14 months.

Mahesh Bhubathi, from Anantapur in southern India, who suffers from Prader Willy Syndrome, was so severely obese he was unable to walk, change his clothes or shower unassisted.

The teenager, whose speech was also affected by the disorder, was so mercilessly bullied over his size, his mother, Sathala Sulochana, who works in a hospital, was forced to take him out of school.

Although Mahesh, who once ate enough to feed 10 people, requires additional weight-loss surgery before he will be a healthy size, he is now able to speak and walk independently, with his mother even considering putting him back in school.

Mahesh Bhubathi, who once weighed a staggering 24 stone has lost almost half his body weight in just 14 months after undergoing radical weight-loss surgery (pictured after) 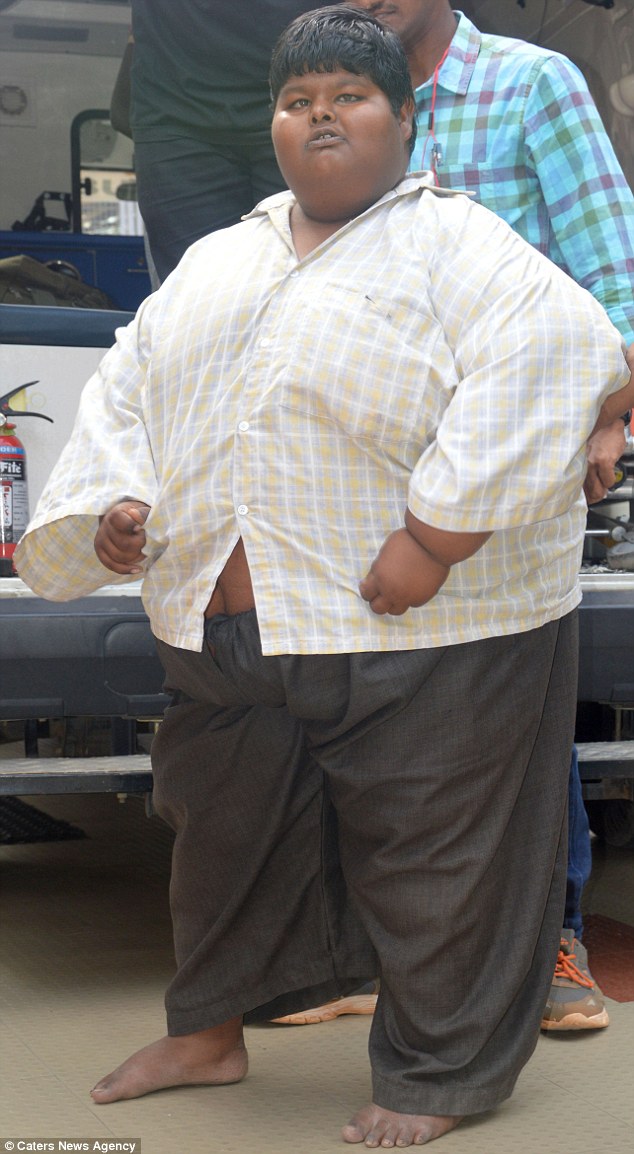 Due to an insatiable appetite, he used to eat enough to feed 10 people (pictured before) 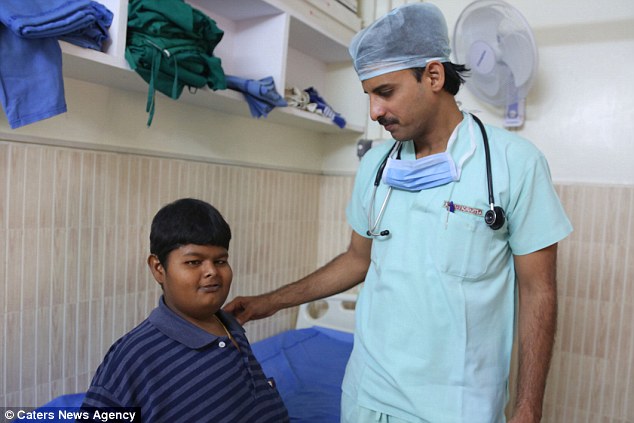 ‘In just one year, his life has changed a lot’

Speaking of the change in her son since his surgery, Sathani said: ‘I’m so happy that my son can walk, can speak like normal children.

‘In just one year, his life has changed a lot.

‘Today, he doesn’t need my help and does most of the things himself.

‘I’m now thinking to send him to school again.’ 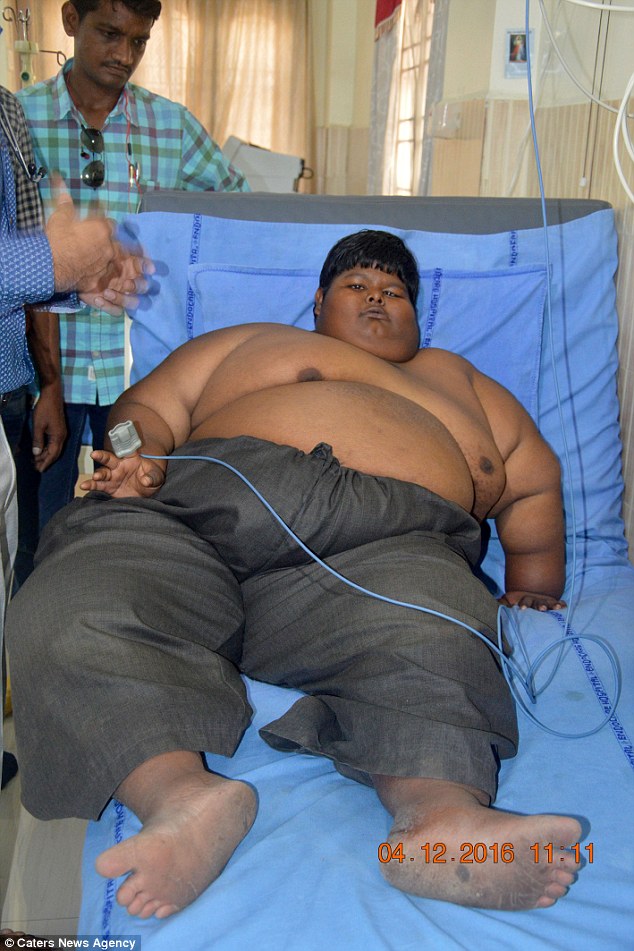 Mahesh (pictured before) was so large he was unable to walk, change his clothes or shower 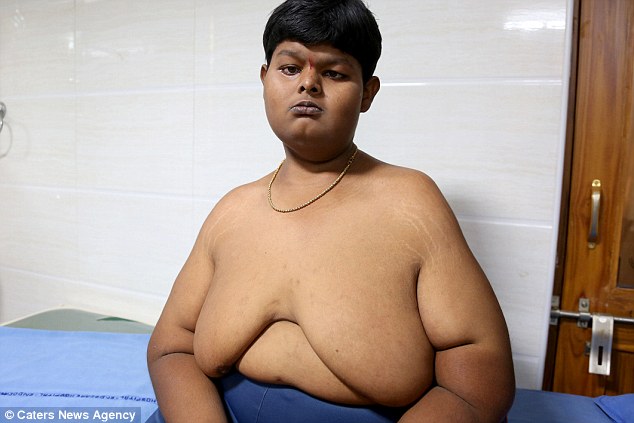 Mahesh, whose weight affected his speech, has learnt to talk since the surgery (pictured after) 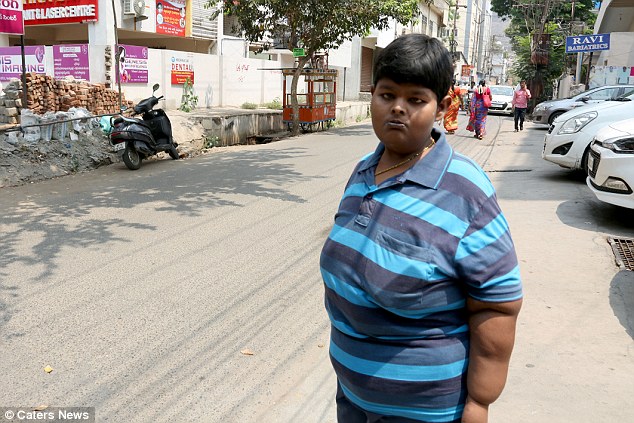 After dropping out of school due to bullies, his mother is considering re-enrolling him (after)

WHAT IS PRADER-WILLI SYNDROME?

Describing the impact of Mahesh’s condition, Sathala, who also has a healthy younger son, added: ‘He was underweight, not an obese baby, at the time of his birth but started gaining weight after some illness.

‘He would always feel hungry and eat whatever was available in the house.

‘In his single meal, he would eat food which would have been enough for 10 people otherwise.’

Speaking of her decision to withdraw Mahesh from school, Sathani added: ‘Children used to make fun of him as he was not able to walk or play due to his massive size. He had to even quit his studies.

‘From changing clothes to taking a bath, we had to help him in everything. It was very painful to see him in such a condition.

‘I was worried about him and wanted to take him to any good doctor but [I] lacked [the] financial resources.’ 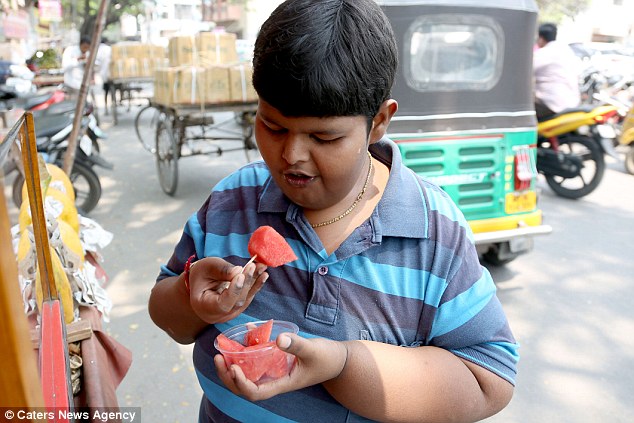 As well as his surgery, Mahesh is also following a strict diet and exercise regimen (after) 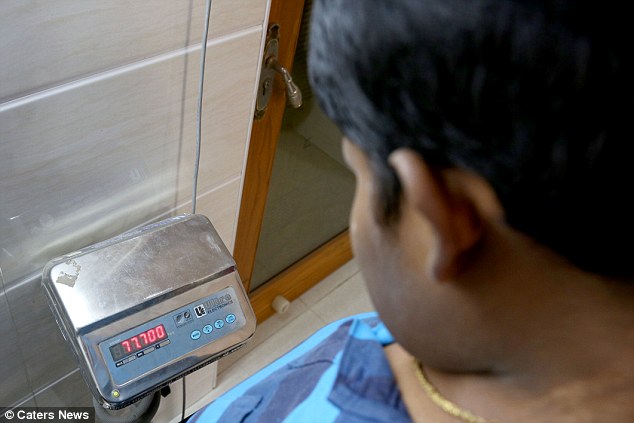 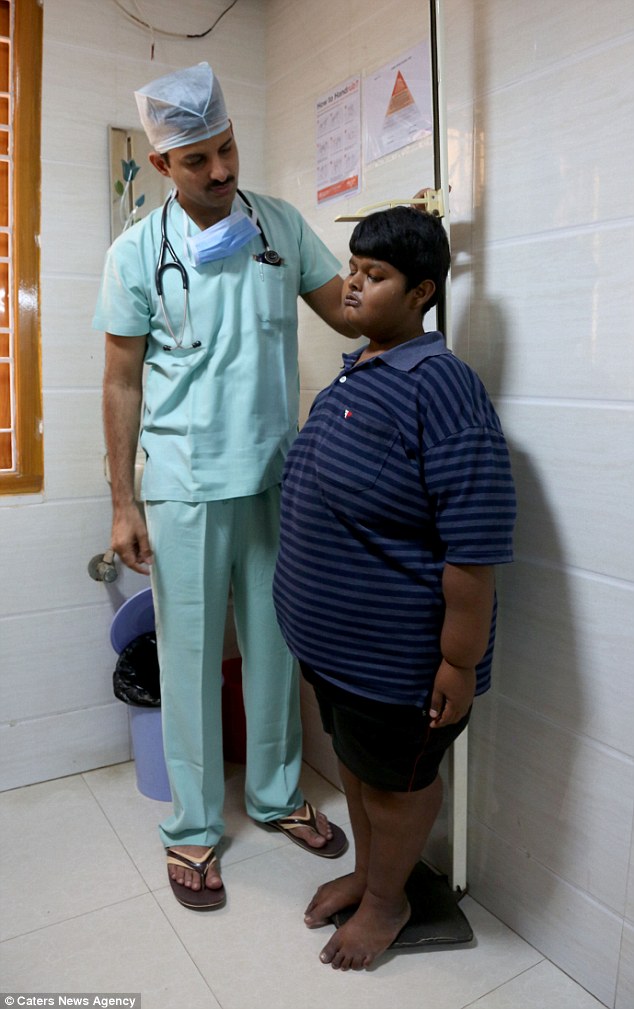 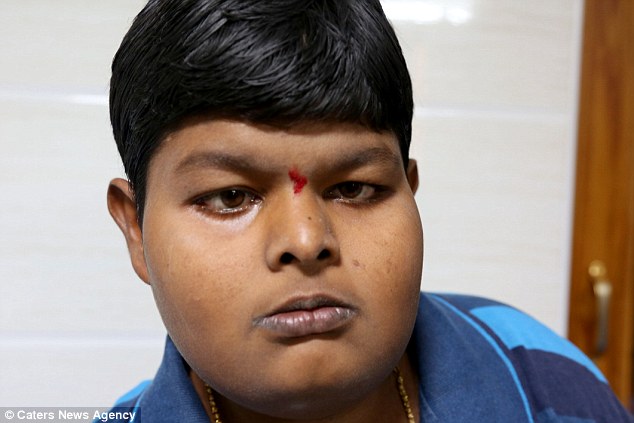 Although his weight loss has been dramatic, Mahesh requires further surgery in April

Lost half his body weight in just over a year

Dr Kongara said: ‘He was suffering from Prader Willie Syndrome, a genetic disorder which often leads to obesity in children as they constantly hungry.

‘When we admitted him in the hospital, he weighed 330lbs (150kg). Within three months after his surgery, he lost almost around 100lbs (45kg).

‘Fourteen months after the surgery he has lost almost half of his weight.