Thousands of people are ‘needlessly’ suffering with non-healing leg ulcers because doctors are failing to offer a simple operation that can offer a cure.

The procedure, which involves a fine laser fibre being threaded into to vein to deliver heat energy, is similar to the one commonly used to treat unsightly varicose veins.

Distressing and painful leg ulcers affect half a million patients at any one time, and the laser surgery could offer relief to 85 per cent of them. Alongside discomfort, scarring is common. Other symptoms include aching and swelling in the leg, as well as itching, tingling and cramping.

Step forward: How the laser helps to heal a leg ulcer

As ulcers are open wounds, they are susceptible to bacteria and can become infected if not regularly attended.

Health watchdog the National Institute for Health and Care Excellence recommends patients are considered for surgery if they have an ulcer for more than two weeks. But in many cases they are simply given compression bandages and ‘told to go away and manage’, according consultant vascular surgeon Professor Mark Whiteley.

The laser procedure takes just 40 minutes under local anaesthetic and patients are allowed home the same day. It costs about £5,000, but Prof Whiteley, who offers it privately at his London, Bristol and Guildford clinics, says: ‘The same amount is spent if you add up a year’s worth of dressings and nursing care needed to maintain compression treatment.

‘It has been proved in studies that laser treatment can offer a cure to the majority of patients with recurrent or non-healing leg ulcers. We have seen many patients who have suffered needlessly for years.

‘It’s financially short-sighted of the NHS not to offer surgery more widely. The problem is that many doctors don’t seem to know a surgical option even exists.’

Leg ulcers are caused by poor or backward flow in the veins, which transport blood from the limbs back to the heart. It is not fully understood why they happen, but obesity or being overweight – which increases the pressure in the leg veins – is known to increase the likelihood of one developing. 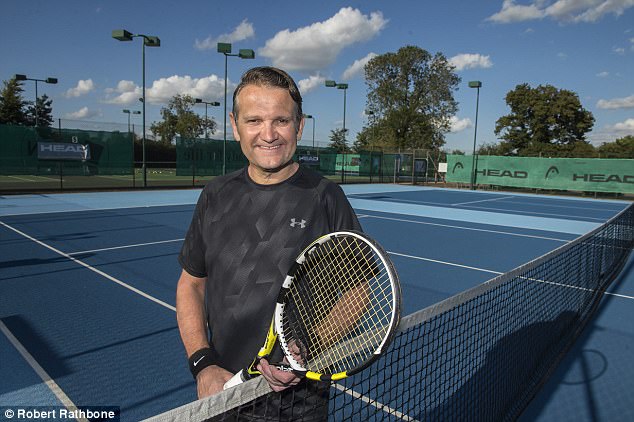 Previous deep vein thrombosis (DVT) that can damage valves in the veins, varicose veins caused by malfunctioning valves, and previous injury to the leg, such as a broken or fractured bone, are also known to raise the risk. Age is a factor, too, and one in 50 of those aged 80 and over is affected.

Once an ulcer develops, the first-line treatment is compression bandaging. The resulting increase in pressure improves circulation, allowing the wound to heal over four to six weeks. However, in many cases, once the bandaging is removed, the ulcer can return.

During the laser procedure, the patient is given scans to identify problem veins where blood is flowing backwards rather than returning to the heart.

A laser fibre the width of a biro pen refill is inserted into the faulty vein through a tiny incision made in the lower leg. Unlike most lasers which fire in one direction, this is a radial laser that fires in a 360-degree arc around the end of the fibre so that heat goes directly into all of the surrounding vein wall, causing it to collapse.

This forces blood into functional veins, restoring the circulation.

‘One specialist I saw said I might have to have my leg amputated because of the way it was deteriorating. I was left to sit at home wearing compression stockings with my leg in the air

Prof Whiteley says: ‘Many patients with complex vein conditions, causing swollen legs, pain, brown stains at the ankles and ulcers, are told they are incurable and told to go away and manage with compression stockings for life. This is often untrue and based on out-of-date teaching.’

One patient to benefit is Rod Stacey, 48, from Leicester, who woke up one day two years ago to discover his right leg was red, puffy and swollen below the knee.

Scans showed a DVT and he was given an injection of the clot-busting drug heparin, and prescribed blood-thinning drugs. However, the symptoms continued and he eventually developed a leg ulcer.

Rod was forced to take long-term sick leave from his job in clothes retail distribution and also stopped playing his favourite sport, tennis, because of the chronic pain.

He saw other specialists, including a consultant radiologist, who said his veins were damaged and there was nothing that could be done. He even suggested he may need to have the leg amputated.

This year Rod was referred to Prof Whiteley, and three months after having laser treatment he is back playing competition tennis.

‘It was a terrible time,’ says Rod. ‘One specialist I saw said I might have to have my leg amputated because of the way it was deteriorating. I was left to sit at home wearing compression stockings with my leg in the air.

‘But 12 weeks after the laser procedure, I was back at work full time, playing league tennis matches and able to go on long walks without worrying about my leg swelling. That is pretty remarkable.’