A Guide To Choosing A Rifle Bipod For Your AR-15 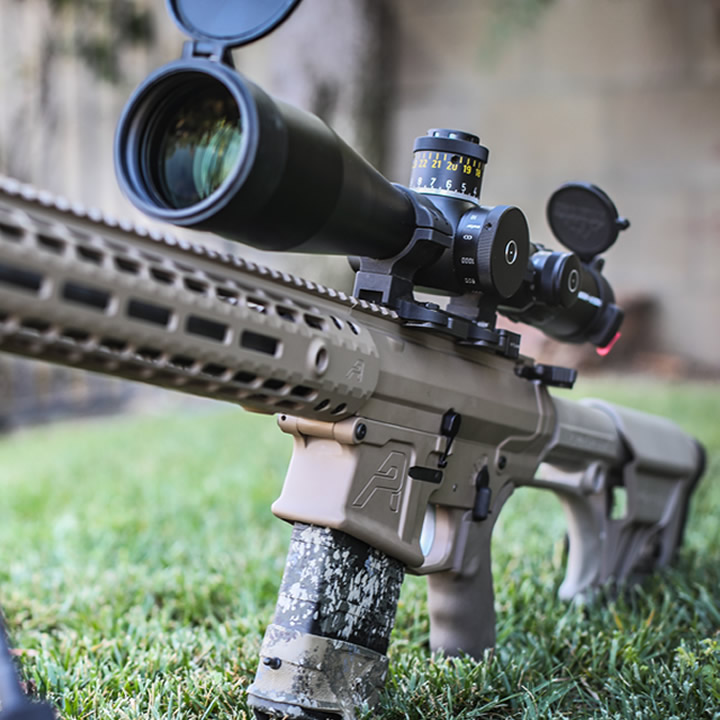 Bipods are a simple and affordable stabilization system that can make shooting with your AR-15 more accurate and avoid common human errors. But there are many bipods from different manufacturers on the market, which can make the purchase a bit difficult. A brief buying guide below can help you with that.

Why You Should Use A Bipod For Your AR-15

Greater Accuracy: With the help of a bipod, your shot will have a better-stabilized aim. This is very hard to achieve without this equipment, as while shooting, you must squeeze your shoulders or place your elbow on the ground, causing your AT-15 to wobble. Compared to shooting without it, the accuracy and precision can increase by as high as ten times.

Less Tiring: Shooters usually get tired quickly when they have to use their shoulders as a base when shooting, which can make it tricky to coordinate. The situation is even worse when a heavy rifle is involved.

Bipods are a great solution for all those problems. They can’t only boost precision but also assist your physical condition.

Many bipod models are equipped with rubber feet, offering amazing support on rough terrain. The fact that you can attach your bipod into your AR-15 using a sling swivel stud also provides better security.

Multitasking: Doing other tasks while aiming and shooting with an AR-15 is usually a painful experience. But a bipod can free your hands from your rifle, allowing you to answer phone calls, have a sip of water, or even look at a manual.

Long Distance Shooting Made Easier: Thanks to the superior stability and accuracy they provide, bipods can extend the range you can reasonably shoot. When talking about shooting as far as 200 yards, you should consider a bipod to use in combination with your rifle.

Traditional Bipods: This is the most popular design you can find on the market. Traditional bipods come with two legs that can open wide and hold your AR-15 horizontally. The simple design of those bipods makes sure that you can keep your rifle in a fixed position and fold the legs for transport at the same time.

The legs of traditional bipods are adjustable, meaning you can adjust their position depending on your shooting position. Another big advantage is these bipods are available at different price points, including very affordable models.

Monopods: This single-leg shooting platform acts as a stable base for AR-15 rifles to rest. You can mount a monopod directly on your rifle permanently and fold it (as long as your AR-15 isn’t in use).

This kind of shooting equipment can allow for adjustments between 4.5 and 5.5 inches. But keep in mind that you can’t connect monopods to rotating mounts, which means you’ll have to restore its position whenever you switch to a new shooting angle.

Grip Pods: Widely used in the military, grip pods are basically retractable bipods that shooters attach and conceal in the grip of their rifle, serving as the grip near the forward hand of the shooter. The special thing about grip pods is that you can switch between the bipod configuration to the regular vertical foregrip with the push of a button. Grip pods are made specifically for certain automatic weapons and assault rifles.

Compatibility With Your Caliber

Like other shooting equipment, bipods must match your application. For instance, an extremely sturdy and robust bipod is a must if you plan to use a big 0.50 caliber for your AR-15.

On the other hand, a lighter 0.22 caliber is going to work well with a lightweight and less stable bipod, which can be cheaper and more portable. The recoil of most AR-15 rifles is usually light, so unless you do target shooting, a lightweight bipod will be a better choice for moving around.

Durability: The bipod of your rifle will have to stand up to a lot of stress coming from your rifle’s recoil and the load needed to control it. Due to this exact reason, the best bipod for your AR-15 should be able to withstand constant use and abuse.

It may not be a big deal when you only go shooting one or two times a year. But you can’t skimp on the durability of your bipod when shooting is your hobby and you spend a lot of time hunting or target shooting with your rifle.

Buy a robust bipod now and it can save a lot of hassles in the long term. A cheap knockoff may work fine for the first few times. But it may fall apart quickly or not be able to lock your AR-15 in place.

Adjustability: Easy-to-adjust bipods can make a big difference in shooting. You should aim for models whose legs can be extended and lower at the same time easily as these bipods make adjustment of line of sight much more efficient and faster.

But your bipod also needs to be easy to lock in. You should be able to attach it to your AR-15 quickly in any circumstances.

Material: If you intend to use your rifle on uneven terrain, a durable steel bipod will be a better choice. Meanwhile, aluminum bipods are lighter and easier to carry when you have to move around a lot.

Bipod Feet: There are different types of bipod feet for different terrains, depending on whether you’re going to shoot off barricades or hunting on soft ground.

What Are The Best Bipod Brand? Most of the top best AR 15 bipods in this year come from brands like AccuShot Atlas, Harris Engineering, UTG, and Magpul.

Are Bipods Good For Hunting? Generally, a bipod can enhance the accuracy of your long-range shooting. But when your game is moving constantly at high speeds, which makes aiming from a bipod more difficult, bipods are optional.

Where to Shoot a Deer for One-Shot Kills? You can aim at the high shoulders, heart, lung, brain, and neck of the deer. Each choice has its own advantages and downsides. For example, a shot directly on the brain can kill a deer instantly. But this small target isn’t a practical choice for many situations.

A good bipod can make a huge difference in the accuracy of your shooting. In many circumstances, it can’t only help you aim better, improve your physical condition, but also make long-distance shooting possible with your AR-15.