An AFL star has hit back at racist abuse by calling out the vile keyboard warrior who sent him a horrendous direct message.

Former Richmond Tigers player Mabior Chol is the latest sports star to be subject to abuse from racist trolls.

Several days after signing a new deal with the Gold Coast Suns, the South Sudanese-born tall forward shared a disturbing message sent to him by a footy fan on Wednesday night.

Chol, 24, hit back with a classy response the next morning.

‘Wow imagine being this low,’ he captioned a screenshot of the message.

Chol’s new club was quick to leap to the defence of their latest signing.

‘The Gold Coast Suns wholeheartedly condemn racist comments made towards one of our players via social media,’ a statement read.

‘It’s simply not good enough, there is no place for racism in sport or society, it has to stop.

‘As a club and community, we must live up to our mantra of Challenge Accepted and call out racist behaviour, when we witness it.’ 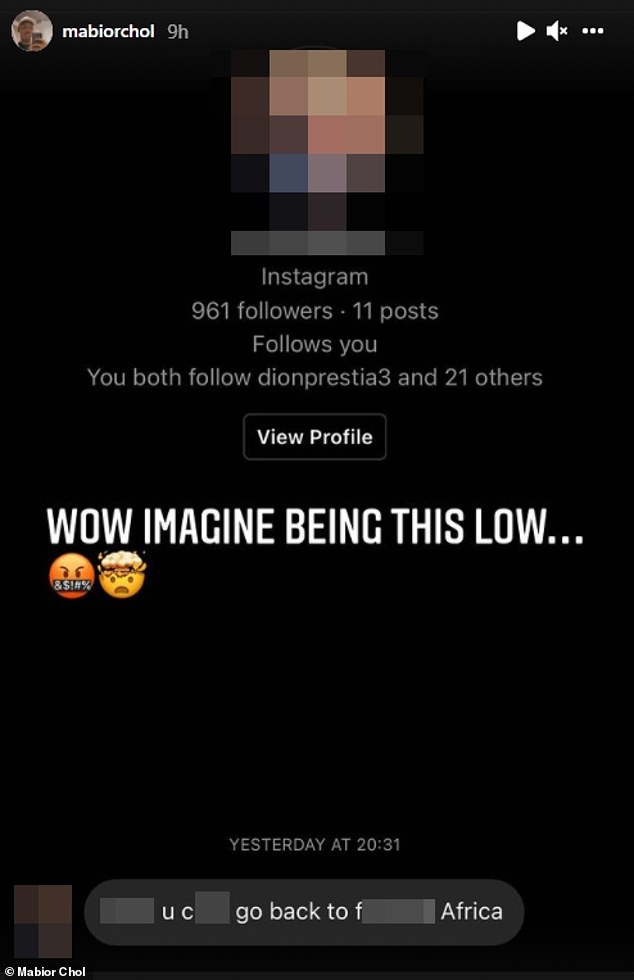 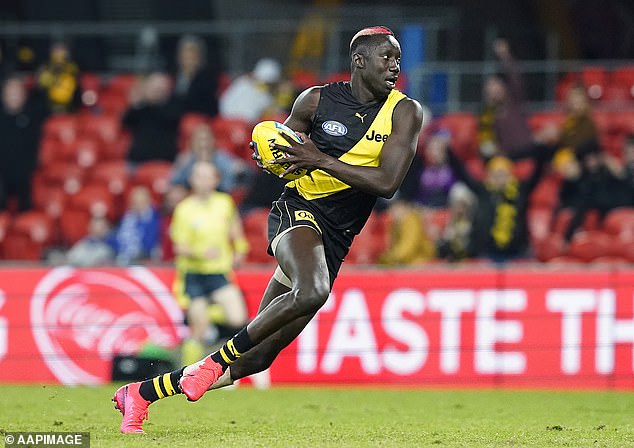 The powerful stance was shared by Chol’s former club.

‘We support Mabior Chol in calling out this disgusting behaviour and stand with him and the Gold Coast Suns in condemning racism and discrimination. It stops with us,’ Richmond posted.

Tigers fans have also rallied around Chol, despite him moving on.

‘Keep Chol safe, he was safe in our club and now that he moved on he deserves it there too,’ one replied to the Suns’ statement.

Another added: ‘Take good care of our Chol. He’s a gun player, a great guy and a blessing to any community he’s part of!’

Chol was born in South Sudan during the civil war, forcing his family to flee to Egypt when he was two.

He was eight when the family moved to Australia in 2005 and settled in Brisbane.

Chol played 31 AFL games for the Tigers over six seasons after being picked up by the club in the 2016 draft.

He became the fourth player of Sudanese background to play at the top level when he made his debut in 2016. 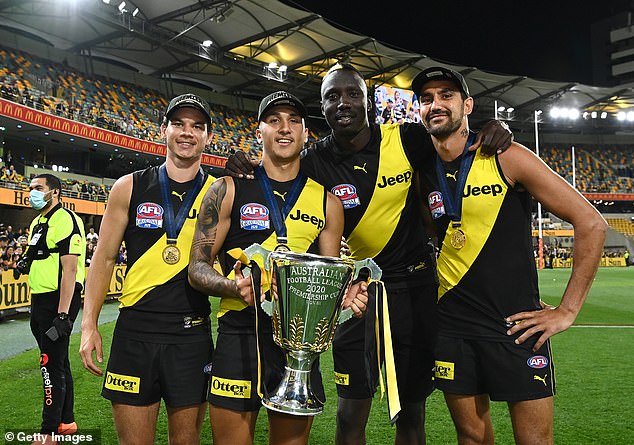